IFFA launches the draft contents of the façade & fenestration guideline

This guideline will not only apprise about design & fabrication, but will emphasize on the correct contract conditions, specifications, risk& insurance, testing, quality control &quality audit. As there are some guidelines on specific products, which already exist, this guideline will incorporate those available guidelines as a reference and seamlessly integrate it together.

The guideline is currently divided into 9 chapters with sub-chapters on specific subjects. Reference codes have been taken from existing global standards and those specific and relevant for India have been incorporated.

“The guideline is being established with the help of leading architects, developers, façade consultants, contractors& industry experts” says Mr Satish Kumar, Founder Director, IFFA. He also added, “leading façade consultants Mr Mahesh Arumugamfrom Meinhardt Façade, Mr KR Suresh from Axis Façades and MrRajanGovind from BES Consultants have already volunteered to be in various committees and talks are on with other national and international consultants.” 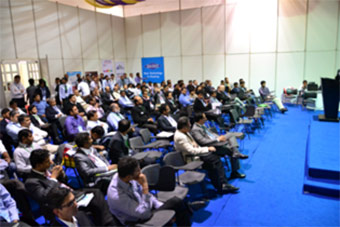 Mr Selvam R, Management Committee Member, IFFA said, “the interactions IFFA has had with various aluminium extrusion companies, glass companies and façade consultants who all have agreed to support IFFA and help prepare this guideline have promised to ensure that accurate information shall be provided. “IFFA shall soon be for India what AAMA is to America” said Mr Neeraj Singhal, Elected Management Committee Member, IFFA.

The launch of guideline witnessed the presence of nearly 200 people from across the industry together for a joint. It was the first time, the industry got together and pledged for a change spontaneously and unanimously.

Indian Façade & Fenestration Association (IFFA) is a first of its kind association formed by façade and fenestration industry leaders for self-regulation and up-gradation of standards and best practices. Unlike any other association, IFFA is a section 25 company, as per the Indian Companies Act (pending registration)as a non-profitable organization. Founded by Mr Dev Chandwani, Mr Satish Kumar, MrDipak Das and chaired by Mr SyedZakir Ahmed who are known faces of the Indian façade &fenestration industry for more than a decade. They are well recognized in their own field by industry majors.