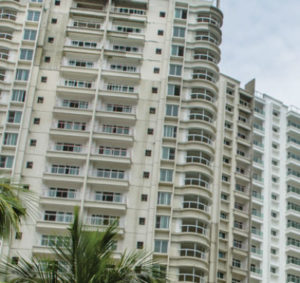 Indian Façade and Fenestration Association is a first of its kind Association formed by façade Industry leaders for self-regulation and up gradation of standards and best practices. Unlike any other association, IFFA is a Section-25 company, as per the Indian Companies Act, with Directors and Managing Committee.

The founders of the Association Mr. Deepak Das, Mr. Dev Chandwani, Mr. Syed Zakir Ahmed and Mr. Satish Kumar, with active support from Mr. Selvam Ramanathanhad an election conducted online by an International firm to selectthe 9 member, Managing Committee, wherein the members were elected by nearly 100 leading fabricators from across India in June 2013. The founders have vast experience in sales, marketing, distribution, design, fabrication, installation and project execution of doors, windows and facades.

Since the election, various committees have been formed and interaction with various stakeholders has been initiated. The Managing Committee comprises of the Who’s Who in the Indian Façade and Fenestration Industry – Aluplex, Alufit, Alkarma, Alumayer, Chiniwalas, Geotrix, Glass Wall Systems, Kalco, Neel Enterpries, and Yantra systems.

Indian Façade and Fenestration Association strives to initiate advancement of technology in the Facades and fenestration and related services by focusing on,

Near future Events until year end :

Will continue building for the betterment of Indian Façade and Fenestration industry….