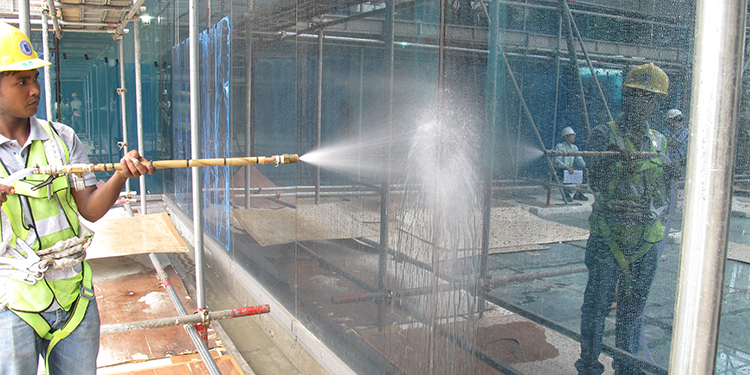 “Why should I get an independent agency to conduct on site tests on a tested façade or window when it has already been tested at a lab and certified?”
A curtain wall façade, aluminium window or door is made up of several components which are cut, fabricated and assembled at a factory before it is installed at the project site. The manufacturers of each component which forms a part of the window would have issued test certificates for their specific product quality but how the component as a part of a system perform yet remains untested.

If the developer chooses to use a window or door system from a system supplier which has already been tested for certain specifications and the test certificates are submitted as proof of performance. However the window fabricated by the manufacturer in the country of origin and the quality of fabricated window by the approved franchisee in India may not be the same. 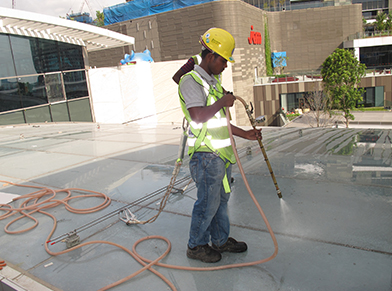 An on site testing is also a process specified by the developer to ensure every window delivered to his site matches the performance specified by the consultant and it is installed with due care. As the windows are installed in the project an onsite test is conducted by a third party agency on a random window identified by the developer on a progressive basis. If there are any failures identified during the test, then the cause of failure is analysed and corrective action is done on all the windows installed and adequate care is taken by the window fabricator during fabrication to prevent such mistakes.
On site testing for windows and doors is conducted as per ASTM E 1105 or AAMA 502.02.

Both these specifications recommend an air and water test using two methods. The most common method used is to construct a small temporary chamber using aluminium frames and 6 mm plywood to enclose the window from the inside of the building. This chamber is made air tight. An array of nozzles is installed 400 mm (see diagram 1) from the outside surface of the window. Water is sprayed on the window at 30-35 psi. A negative pressure is created inside the chamber using a blower and the inside of the window in inspected for water ingress after 15 minutes of spraying. T 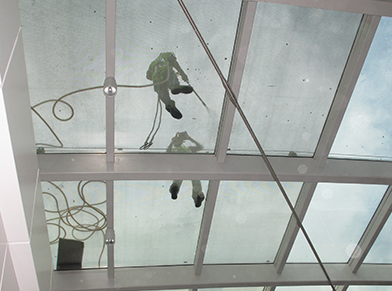 he same blower is also used to suck air out of the chamber through an air flow meter connected in the pipeline to measure the air infiltration.

For onsite testing of curtain walls, skylight and shop fronts AAMA 501.2 are the recommended method. This method involves spraying water on the vertical and the horizontal grooves of the curtain wall system using a specially designed calibrated nozzle at 30-35 psi pressure. The nozzle is held 305 mm from the exterior surface of the curtain wall and gently moved on the groove line for 5 minutes to cover 1.5 mts length. Thus it may take around 25 to 30 minutes to cover all the groove lines within the identified sample area.

A third party agency specialized in on site testing would be able to conduct the test without any bias and submit a detailed report on the results of the test with photographs and a clear method statement of the process followed for the record. The results of the test can be analysed by the façade consultant in the case of failure and the root cause identified and thereafter corrective action taken to prevent further such failures during the execution of the rest of the project.