Event Location : Zak World of Façades held on the 30th of June at Taj Palace in New Delhi

The 6th Zak World Of Façades completes successfully in Delhi with a turnout of 427 delegates. The key highlight was the resolution on the selection criteria for equivalent materials and consultants for a façade

The building façade plays a vital role in bringing the architect’s vision to life. It makes a major contribution to the sustainability of a building, influencing both energy efficiency and the quality of the internal climate. It is also an integral part of the building’s aesthetic, complementing the structural form and defining its visual impact on the urban environment. In India, we still miss the fundamentals of the façade, which is a complex subject for most of us. The 6th edition of Zak World of Façades held on the 30th of June at Taj Palace in New Delhi focused on the performance & functional aspects of a façade. While the previous edition in Chennai focused on the issues of the industry, this edition tried to give solutions to those issues. About 427 representatives from architects, builders, façade consultants, contractors and other delegates from the façade & fenestration fraternity were present throughout the four-sessioned full day program. Each session revolved round different themes. 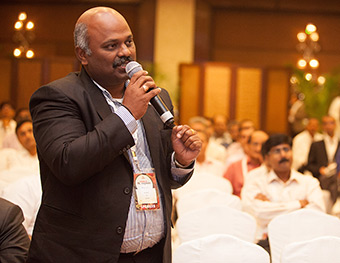 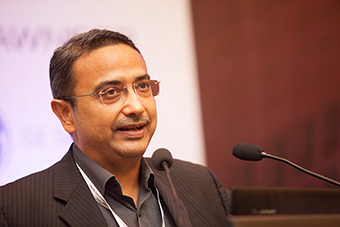 The third session went beyond energy efficiency and focused on innovation, functionality and production technology. It started with Ashit Kansara from Kawneer talking about innovation in aluminium systems for façade. It was followed by Adrian Vicker from Siegenia Aubi speaking on “high end European hardware for curtain wall and windows”. Next to present was Anil Agarwal from Global Aluminium on “High precision profiles for curtain walls” followed by Satish Kumar from Elumatec on “Automation & optimization of façade production”. These were followed by yet another thrilling panel discussion on “Façade for Hospitality and Residences” identifying the different materials for and integrating the façade and windows. Moderated by Satish Kumar, the panelist included Deepak Gupta Director, Dema Consulting, Mayank Bhatnagar AVP, IREO, Salil Khare Project Director, Archetype, Alok Kumar Chief Architect, DLF & Rahul Aggarwal ED, Agarvanshi Aluminium.

The final session started off with an introduction to QUALINDAL, which is the general licensee of QUALICOAT – The world’s leading quality label certification for aluminium surface finish, followed by Tarek Bassil from GE Sealants apprising the audience about “next generation structural sealants” The concluding panel discussion moderated by Selvam R from Geotrix & Dev Chandwani from Innovators Façade comprised of some of the stalwarts from Indian construction Industry. Arun Sahai, Executive Director, Ahluwalia Contracts, SS Bhowmick, Executive Vice President, Unitech Limited, Rajiv Mahajan, Senior Vice President & Director – Infrastructure, HCL Technologies, Romi Malhotra, Managing Director, Star Alubuild & Jawahar Hemrajani, Director, Glass Wall Systems deliberated and zeroed down on some key Façade Guidelines. This panel discussion was an eye opener for the industry as it emphasized on the change that needs to be done in the industry right from selecting the right materials and consultants for the façade.

This edition of Zak World of Façades will be a an significant day to remember as many key deliberations on critical subjects that have never been examined before in public were confidently addressed by one and all.