Nature by its foreface offers enormous resources to support the comfortable existence of the dwellers, therefore understanding the principles of nature, abiding by them, result and reflect in maintaining the equilibrium and balance between nature and human interventions. The philosophy of evolution justifies its cohesive adaptability on environmental grounds by subtly being interdependent, yet individually significant.

Nature is self-healing and has the power to recover from any kind of natural destructions. It is the interference of mankind that caused an imbalance and irregularity in the rhythmic functioning of nature. Humans built shelters for their protection with the resources being drawn from nature. Until the point where ‘dependence of nature for resources’ became ‘exploitation of nature for resources’, the equilibrium was very well maintained between nature and mankind.

“Understanding the nature and choosing materials for buildings rapidly helps in the energy conservation and therefore reduces the carbon footprints and develops a netzero environment.” – Ar. GURPREET SHAH

Nature is The Mother of All Creation!

The shape of a camel exclaims to be a good example to understand the creation of nature based on the sustainable features and factors. A camel in a desert carries a huge amount of water for days together. The potential to retain water in a camel’s body is designed by Mother Nature in such a way that it could sustain its life in the desert. Similarly, a cactus has a spherical shape with minor thorns. The spherical shape distorts the heat/ light radiations along its surface, for, the spherical shape gives a smooth surface to equally distribute heat over the surface of the cactus and transfer it to the ground. Hence, the water is retained in the central nucleus of the cactus. With these simple examples from nature, it is evident that human interference is what causes discomfort in the systematic cyclic process of nature.

However, mega structures and massive infrastructures do not seize to flourish with the need to withstand the bloating population. Having stated this, it is bilaterally understood that there are no realistic limits to restrain the growth of buildings across the globe. Considering a building, the key function within the spaces directly reciprocates the design of the whole building, on both interiors as well as exterior façade design. The materials, predominantly façade design elements of a building plays a vital role in the level of comfort and sustainability of the building without harming the surroundings, causing degradation.

India experiences an unequal and non-uniform distribution of resources. Subsequently, this has led to an unsustainable pattern of production and consumption of materials for construction. Therefore, in order to avoid excessive demand in a particular region for materials, again leading to the exploitation of nature, conventionally practiced and exercised methods of material application could be considered. India stands 7th in the world in the list of countries receiving the maximum solar radiation annually.

Hence, it is very essential to utilise the abundantly available solar energy without letting it cause discomfort through the passive heat gain. One of the key elements of saving solar energy is the solar panel. Mega structures of corporate set up that acquire a lot of electrical energy to function monotonously in all seasons, could involve the usage of solar panels on its façade.

Considering the aspects of aesthetic look of the building, usage of solar panels all over the surface of the façade undeniably affects the aesthetic beauty. Hence, combinations of materials like solar panels, glass and climber plants could be introduced to increase the probabilities in the scope of façade design to serve the aesthetic touch. Glass, vegetation and solar panels exhibit totally different properties, hence, a glass could be used in the areas where only light/heat gain is necessary. In the areas where the building is subject to openings, plantations could be ornamented with, for, it enhances both the aesthetic beauty as well as the air quality.

Similarly, in the areas of solar panels, the heat energy could be stored and used for mechanical cooling of the internal spaces. By proactively designing the façade of a building with such mixtures of materials, the dependence on nature is relatively brought down. It is a mainstream practice to caste the solar panels above the roof surface to absorb the solar energy. This nevertheless is a proven concept, but, replacing the element of solar panels on the rooftop with green plantations could reduce the heat gain in the building.

The green roof helps in the passive cooling of the building by retaining atmospheric humidity. Therefore, the solar panels may subjectively be used as a cladding material along with the glass.

In the Avinash Times Square Mall, Naya Raipur, A permeable façade is designed which induces wind circulation and eventually helps in reducing the temperature inside the building. Direct sunlight infiltrates through the pergolas on the top, minimising the need for artificial lighting during daytime.

Such experimentations might give a holistic approach towards sustainability, green space development and reduces carbon footprints for the futuristic constructional activities. The future of habitation completely lies in the premeditated and experimental measures implemented now, so as to cater to the needs in a sustainable way. Design means, not only the internal spaces of a building but also the very façade that communicates with nature and the public equally.

I strongly believe in the philosophy of Prof. Charanjit Shah, “The built form should not be treated as a mass of brick and concrete but as a living organism. The built form needs to breathe and be embodied in the environment.” – Says Ar. Gurpreet Shah. 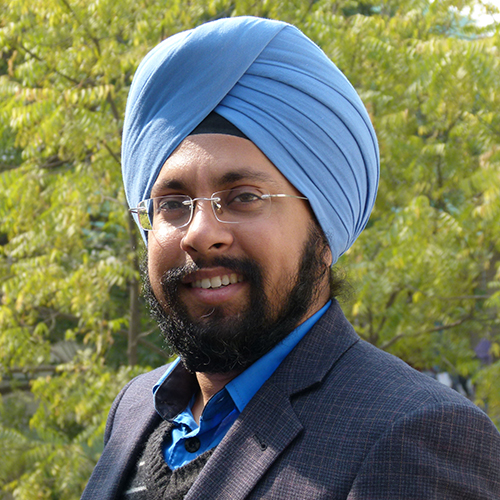