Rising majestically above the city and the Arabian Sea, Omkar 1973 stands as the tallest residential tower in Mumbai by Omkar Realtors and Developers Private Limited. Never before has and perhaps never again will, a structure of such monumental significance emerge, that too in the very heart of Mumbai.

The success story of completion of Omkar 1973 was the talk of the town. Here are the key factors which played a major role in achieving the same. In total 36,500 panels were procured, shipped, fabricated and installed in a record of 16 months period.

1. Unique Elevation: Though Mumbai skyline has many high-rise skyscrapers but the shape of Omkar 1973 was unique of its kind. Lots of curvature and interfacing with different elements has made the construction very challenging. Fosters Partners has conceptualised the project in a very professional manner. Later on DSP & Omkar internal Architect team played a very prominent role in bringing the concept to action.

2. Appointment of Leading Façade Consultant: Dubai-based Inhabit façade consultant has done most of the design and calculations for the first two towers. Later on BES who was hired for the third tower and to sort out certain issues has extensively worked on each and every detail of the building. Moreover, site visit from their end has helped the project to stick to its design intent.

3. Role of Management: Top management (specially Mr Rajendra Verma) was very active during the whole design and execution stage. Extreme faith shown by them with tremendous support to the team was one of the major points of success. Project review meetings were conducted every week religiously. Each and every target set during the previous week was seriously reviewed. Reasons for success and failure were deeply analysed. All the serious issues were pragmatically approached and resolved.

4. Façade Team: Appointment of highly experienced, complimentary skilled and professional team with independent and distinctive task was one of the highlighting features. Roles for each member were properly defined and all the efforts were monitored closely to ensure meeting the deadline. All the team members were from contractor background hence they understand the impact of delays and unprofessional works. For the first time such a big team was deployed from the client side in a single project execution. The team has put in extra hours to complete the project tasks. The team got the best team award with other departments among all the other projects within the company.

5. Selection of Best in Class Suppliers: All the material suppliers were selected purely based on merit. CSG, Hilti, Saint Gobain, Asahi, JMA, Alpolic, Jindal, Reynaers, Global, Dow Corning Norton, 3M, Avigiri, Giesse and Osaka were the major suppliers of the project. All the suppliers have done their level best in accepting the challenging delivery terms and almost all of them has accomplished it to our satisfaction. Tracking of each and every material on weekly basis has resulted in squeezing the materials lead time. 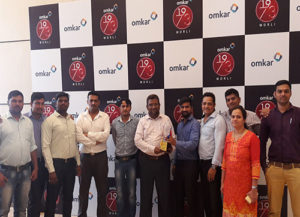 6. Materials Used: Low-e glass was used for all unitised full height panels. Sentry glass was used for all the straight handrails. Heat soaking was done for all the tempered glasses. Fire rated ACP was used. All the anchors were of stainless steel. High quality adhesive tapes from Norton and 3M were applied. The MS brackets were galvanised. Gaskets were microwave cured. 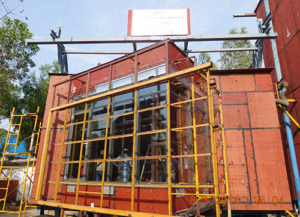 7. Nature of Contract: The decision of the management to get the design done on their own and supply all the materials was a challenging one with big risks. The way the project was executed in a win-win situation. After the success of this project, many developers are keen to use this model for timely completion and economy. 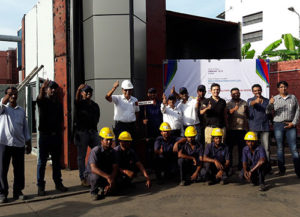 8. Role of Contractors: Aluplex and Ashbee were the major contractors on the projects. Manpower and teams deployed by them as per ever demanding schedule was to be appreciated. Involvement of owners especially Karan Keswani who was outstanding in understanding the needs and using his authoritative skills in getting things done was commendable. Role of Rohan Keswani in making the MTO and fabrication drawings is applauded by all. Ashbee team also worked exhaustively and completed the scope of works in timely manner.

9. Work Breakdown Structure (WBS): The complete project was broken down into work breakdown structure in a wise way. Giving importance and priority to the project completion schedule in a holistic way.

10. Visit to Suppliers Factories: Project team did visit all the major suppliers’ factory to ensure the quality of work and review the progress as per agreed schedule.

11. Testing of all Façade Components: All the major components of the façade (unitised curtain wall, unitised balustrade, column cladding & sliding doors were tested in PMU labs in FITI Murbad, Reynaers Belgium and Winwall Chennai. Success of all the PMU has given a satisfaction to all the concerned parties. Moreover onsite testing was carried out at regular intervals ensuring anchors pull out test, façade water testing and welding test to ensure the quality of actual installation. 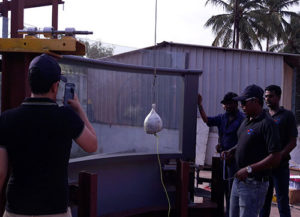 12. Tracking of the Project: Tracking of project progress is done with various template developed exclusive for the project. The best practices of the industry was implemented in a practical way. Trackers consist of design progress, materials status, cash flow, budget, survey, production, logistics, installation & handing over. These trackers gave the score card of project progress on weekly manner.

13. Timely Payments: Most outstanding factor in achieving the success of the project was the timely payment by taking calculated risks. The goodwill developed due to this in the industry was really appreciable. All efforts were taken by the management to allocate the budget to ensure that payments to the suppliers reaches ahead of time. Most of the suppliers and contractors were having surplus money throughout the complete phase of the project. 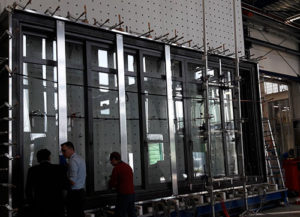 14. Interdepartmental Coordination: As mentioned above, the project shape was such that it needs coordination and clearances from various inter departments like civil, MEP, finishing etc. Whole of Omkar site team and all the contractors played a prominent role in giving the extra hand help to the others. All the team leaders were appraised of their contributions. 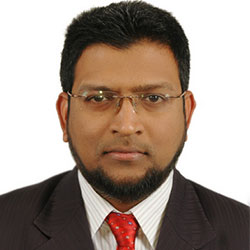 Arshad Khan, the Consulting Vice President (Façade) - Omkar Realtors & Developers, was appointed to establish and lead entire façade team for the project Omkar 1973. He was instrumental in setting up the façade team, appointment of façade consultant, finalising the suppliers and their contract. He has micro managed all the phases of the project from design, procurement, production, logistics, installation and handover. Result was probably the fastest executed façade project (over 35,000 panels) in a large scale in Indian context. Earlier he was associated with Permasteelisa Group in India and Gulf. Arshad has also worked for Al Majdouie Aluminum & Glass as Technical Manager. His vast experience with the market leaders and local knowledge has helped the entire team and client in successful completion of the project.