There is rarely a day passes without a serious fire hitting the headlines and world news. Whether the fire incident is a forest, industrial or building fire, the impact on society can have far-reaching effects. Within the built environment, engaging a qualified fire engineer is always recommended to support project delivery and ensure a safe and code compliant design is achieved. Understanding the dynamics of fire and the role of fire engineering is a key feature of a resilient design.

What is Fire Engineering?

By definition, fire engineering is the application of scientific and engineering principles, rules (codes) and expert judgment, based on an understanding of the phenomena and effects of fire and of the reaction and behaviour of people to it, to protect people, property and the environment from its effects. Facade Engineering is also important to develop a fire strategy for a project which is a role that should be undertaken by the fire engineer.

The fire strategy should clearly identify the applicable legislation and mandatory framework relevant to the country and/or region to ensure approval by the Authority Having Jurisdiction (AHJ). This should not be limited to building control or municipality requirements, but should encompass all relevant stakeholder requirements, including insurers and special interest groups in the country/ region.

An important factor when developing a fire strategy is to record and set objectives, not necessarily performance or legislatively driven but should consider:

• Life Safety: Considering the occupants of the building, the likely number and type of visitors, contractors and in the event of a fire incident the responding firefighters.

• Property: The building structure and type, the fabric including the façade, fixed and movable assets.

• Many Codes and Legislation have evolved following fire events, often resulting in large loss of life.

Although a code compliant solution can be recorded in a fire strategy, a risk and hazard assessment should be carried out and can follow a qualitative or quantitative assessment methodology, risk profiling can be incorporated to accompany a hazard assessment and fire modelling can also be undertaken to support the overall analysis.

Similarly, the same level of spending on different risk profiles will result in different residual levels of risk. Consequently, a budget will need to be commensurate with both the risk profile and the acceptable level of risk remaining.

When considering the façade of a building, it is often the most important architectural aspect from a design standpoint as it sets the tone for the rest of the building. From the engineering perspective of a building, the façade is also of great importance due to its impact on energy efficiency. For historical façades, many local regulations or other laws can greatly restrict or even forbid their alteration.

In general, the façade systems that are suspended or attached to the precast concrete slabs are often made from aluminium (powder coated or anodized) or stainless steel. In recent years, more lavish materials such as titanium have sometimes been used, but due to their cost and susceptibility to panel edge staining these have not been popular.

The term ‘cladding’ refers to components that are attached to the primary structure of a building to form non-structural, external surfaces. This is as opposed to buildings in which the external surfaces are formed by structural elements, such as masonry walls or applied surfaces such as render.

Whilst cladding is generally attached to the structure of the building, it typically does not contribute to its stability. However, cladding does play a structural role, transferring wind loads, impact loads, snow loads and its own self-weight back to the structural framework.

In particular, the wind causes positive and negative pressure on the surface of buildings. The cladding must have sufficient strength and stiffness to resist this load, both in terms of the type of cladding selected and its connections back to the structure. In modern high rise buildings, the exterior walls are often suspended from the concrete floor slabs.

Examples include curtain walls and precast concrete walls. At the times, the façade can be required to have a fire-resistance rating, for instance, if two buildings are very close together, to lower the likelihood of fire spreading from one building to another.

Whether rated or not, fire protection is always a design consideration. The melting point of aluminium, 660°C (1,220°F), is typically reached within minutes of the start of a fire. Perimeter firestop systems for slab edge connections to the façade systems can be qualified too. The integration with a building’s fire sprinkler systems on each floor has a profoundly positive effect on the fire safety of buildings with curtain walls.

Some building codes also limit the percentage of window area in exterior walls. When the exterior wall is not rated then the perimeter slab edge becomes a junction where rated slabs are abutting an unrated wall. For rated walls, one may also choose rated windows and fire doors to maintain that wall’s rating.

Metal composite panels (or metal composite materials – MCM) are typically used in the external cladding of buildings. They can be bent, curved and joined together in an almost unlimited range of configurations, making them popular with architects and engineers of complex structures. They first emerged commercially in the 1960s and are now frequently used as a wall cladding in cornices and canopies, and for joining areas between other building materials such as glass and precast panels.

Two metal skins are bonded to an insulating core, forming a composite ‘sandwich’ panel. The metal component can be aluminium, zinc, stainless steel, titanium and so on, available in a wide variety of colours, finishes and profiles. The core may be manufactured from an insulating material such as polyethylene or from a fire-retardant material with a range of thicknesses available depending on the performance requirements.

Due to the increase in fires involving building cladding systems, the international construction industry has been forced to address the issue of fire testing cladding systems. It has been suggested that one of the reasons of the severity of cladding fires around the world during the last decade is as a result of cladding that uses these new materials – aluminium composite, which is widely used in cladding as an architectural finish in high-rise buildings.

Newer generations of aluminium composite material cladding (ACM) include a fire retardant in the plastic core. However, this additional protection increases cost due to the need for fire testing to validate the effectiveness and composition of the fire retardant that has been used.

If the system does not meet manufacturing test standards/quality and is deemed unfit for purpose, remediation is extremely difficult, expensive and complex because it means removing the whole system and replacing it. To ensure the correct quality and testing has been undertaken, test reports have been used for decades across industries to demonstrate the capability of organisations to produce products or materials that meet the given requirements.

Reviewing the Fire Protection Measures As Part of the Building Design

• Resistance-to-fire testing is for building elements such as walls or doors, which provide the fire separation between defined compartments in a building. The test specimen is built into a frame that is placed on the open side of a full-scale test furnace and exposed to the standard time/ temperature curved for a period of time.

The maximum time achieved puts the test specimen/ element into a rating category, for example a 30 or 60 minutes fire rating. The same test equipment and methodology are applied to protective coatings for structural steel elements, which can also be tested under load. Such intumescent coatings expand with furnace heat, increasing their volume and reducing in density and protect the element for a period and achieve a similar fire rating.

• Reaction-to-fire tests are generally for materials rather than systems and are typically tested in much smaller equipment, although there is a wider range of tests. Typical properties important to the design team are the conditions under which a material can catch fire (ignitability), the amount of heat (energy) released when material burns or is involved in combustion (calorific value or heat release ratio), the rate at which the flame travels across the surface of the material once ignited (flame spread) and physical reactions to fire such as smoke and droplets released.

• Fire propagation (subset of reaction-to-fire): There are several different standards around the world for these tests, but in principle, a full-size or slightly scaled down two-storey specimen is erected on a backing system. An opening is built to represent a window and a fire is ignited in the inside of that opening to represent a room fire in the building. The test specimen includes all the materials combined according to the façade design, and it passes the test if none of the failure criteria is met.

Following the testing by an accredited testing laboratory, a test report is prepared detailing the results benchmarked against the test standard. The test report is a snapshot of the behavior of specific properties of a given sample of a material or system and it should not be automatically considered as a representative without measures to confirm that it is. Certification is also a common requirement that gives the product purchaser or end-user of a product or material the assurance that the product they are purchasing is the same as that was tested.

Certification relies on a third-party organisation – a certification body (CB), which is accredited to ISO 17065 standard for conformity assessment for bodies certifying products, processes and services. When the testing and certification processes have established the material’s fire properties, the façade engineers will design the cladding systems for a given project. Each project will have different details and one or more of these details could have a fire propagation risk.

It is at this point that the Authority Having Jurisdiction (AHJ) will require the system to be mocked up and tested according to NFPA 285 or BS 8414 – Fire propagation testing. As highlighted above, these are full-scale tests with samples measuring between 6m and 8m in height respectively for the two standards mentioned. With every element of the system included, such test results give validation to the design philosophy and confirmation of fire risk mitigation.

A façade design that has approved, tested products, satisfied, and passed a full-scale test, will then move forward to site for construction. As the certified products have traceability that can be checked at the construction site with approved cladding drawings and proof of mock-up tests, site inspections can be undertaken by an approved third-party inspection team. The regular on-site inspection of the cladding work by a façade specialist engineer may be the most time consuming part of the complete exercise but arguably the most critical. 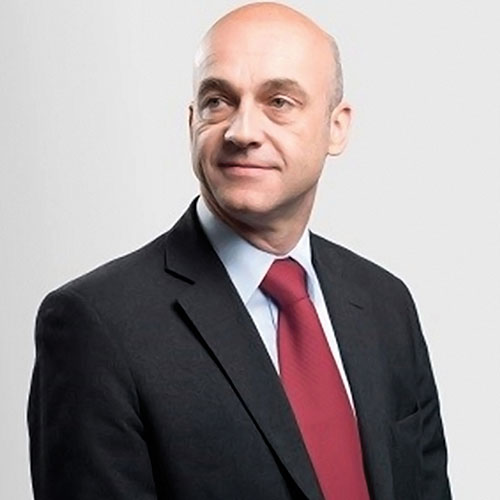 Peter Stephenson is a fellow of the Institution of Fire Engineers (IFE) and is currently President of the IFE GCC UAE branch which has been registered in Dubai through the Dubai Association Centre. As the Business Development Manager at Warringtonfire, he co-ordinates the development of the Middle East Fire Engineering Consultancy activities in addition to supporting the development of fire strategies, building assurance inspections and fire systems analysis for projects. Peter Stephenson 's considerable experience includes working as Senior Fire Safety Engineer for Network Rail, a Fire Safety Officer for Royal Berkshire Fire and Rescue Service and as a consultant in both large multi-disciplinary and small independent practices. Stephenson is actively engaged within the international fire safety community, formerly being treasurer (now Committee Member) of the Railway Industry Fire Association (RIFA) and former Finance Director of the International Aviation Fire Protection Association (IAFPA). 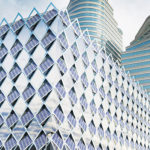 Building envelopes function as an environment... 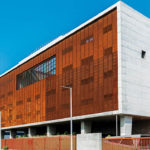 Buildings are the largest energy consumer in ... 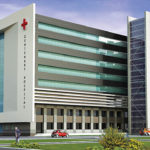 A façade is a term used to define the exteri... 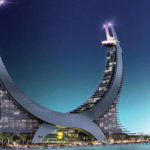 Façade is one of the most crucial parts of a...

In the last decade or so, rapid urbanisation ...

Lightweight aluminium curtain walling have be...

The building envelope typically has a greater...

Façades are the most important building elem...