What are the Impacts of Façade Design on Fire Safety of Buildings?

Dr. Cordero: Façades need to fulfill the appropriate fire safety requirements in terms of fire stopping, spread of flame and, if required, integrity or insulation. Façades are, however, only part of the broader fire safety strategy that includes other aspects such as sprinkler, pressurisation, evacuation and compartmentation strategies among others. All of these aspects need to be addressed and coordinated to achieve redundancy in fire control mechanisms that would ensure fire life safety even in the event of failure of any one of them.

The above concept of redundancy in fire control mechanisms is known as “layers of safety”. An example of it can be found in the UAE where a significant number of façade fires have occurred in recent years. This situation, partly due to loose regulations prior to 2012 in conjunction with poor design and supervision practices, is now being addressed through revised regulations and increased industry awareness. What is remarkable is that, despite the number and seriousness of the façade fires, personal losses have been limited in comparison to smaller fires in other regions. With the rest of the non-façade fire life safety mechanisms working well, this allowed for evacuation and limited the spread of the fire to the façade.

Are there Restrictions on the Materials that can be Used in Façades?

Peter: Materials used in façades have to comply with the listings referred to in the UAE fire code under the UAE jurisdiction. Most recognised internationally used listings are accepted.

What are the Various Aspects of Façades which could Prevent the Spread of Fire in the Building?

Dr. Cordero: In all cases, façades need to be designed to align with the fire compartmentation strategy and to limit the spread of flame. Additionally, façades may have fire integrity or insulation requirements, when they are facing escape routes or within a certain distance to neighbouring buildings.

What are the Parameters that Define the performance of façade materials during a fire?

Peter: The behaviour of a material to fire is typically defined through its combustibility, smoke production and the production of flaming droplets. These parameters are categorised in the table below as per BS EN 13501-1. A combustible material is a material that, in the form in which it is used and under the conditions anticipated, will ignite, burn, support combustion or release flammable vapours when subjected to heat and fire.

Further to the material performance, it is important to consider the behaviour of the system as a whole. The fire performance of façade materials and systems is demonstrated through testing and the manufacturers should be accredited by the relevant authorities.

What are the Mechanisms of Fire Spread at the Façade and Why are Fire Stops Important?

Dr. Cordero: Fire stops are intended to ensure that the compartmentation strategy works as intended, containing the rate of spread of fire and allowing enough time for evacuation. There are 3 main mechanisms for fire spread: chimney effect at rainscreens, the chimney effect between slab and curtain wall, and leap from effect from opening to opening. At curtain walls, the gap between the front of the slab and the back of the curtain wall needs to match the fire rating of the slab and the passage of smoke needs to be prevented. The openings need to be spaced apart a certain distance with a fire rated façade in between to prevent the leapfrog effect. At rainscreens, cavity breaks should be provided at every floor.

How Important is the Use of Fire Rated Glass? Is it Affordable or is there a Substitute that Most Companies go With?

Dr. Cordero: Typically, façades are considered to the sacrificial and do not require to be rated to integrity or insulation unless they are facing escape routes or within a certain distance to neighbouring buildings. Since integrity and insulation rated glazing is costly, it is advisable to limit the extension of such conditions in the design of the architectural layout at an early stage.

Integrity is typically provided by using borosilicate glass or by reinforcing the glass with metal wires. Toughened glass will also provide enhanced integrity as compared to annealed glass.

Insulation is provided by laminating glass with intumescent interlayers that react to heat by transforming into insulative foams. The number of interlayers increases with the required duration of the insulation. This requirement is only needed when the façades are facing escape routes or within a certain distance to neighbouring buildings. It is advisable to limit the extension of such conditions in the architectural layout as insulation rated glazing is costly. 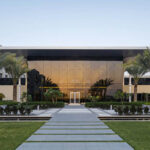 “Inevitably Sustainability will Play a Far Greater Role in

Here are the excerpts from a recent interview... 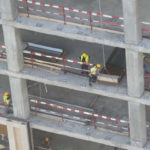 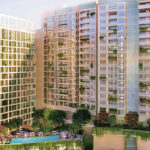 In an Interview with WFM,  Sayed Anwar Ali C... 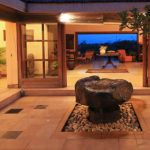 “Our Approach to Building Form is to Design It Substantial 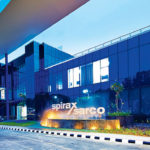 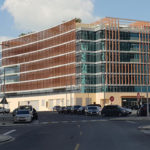 “Coming up with the Best Solution at the Most Feasible Pri

What are the key parameters you while designi... 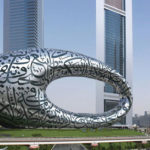 “The Ambition and Scale of the Local Market has Made U 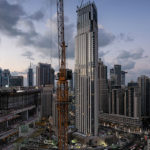