Hyundai L&C Exterior film department – a member of the Hyundai Department Store Group has launched its high-tech, PVDF coated exterior film called “XE”, which are in high demand in regions under high UV and are guaranteed for 20 years all over the world.

In addition, it started a new trend in the world with its PVC-free and completely PMMA-layered exterior films, called “SE” and offered its films with a 10-year warranty all over the world including India. Hyundai L&C would like to underline that these warranties are valid in all countries of the world. In other words, there is no such thing as the fact that the guarantee given for India is not given for countries such as the Middle East, Africa, and Australia, as some competitors do.

Heat Reflection Technology protects the window and door profile from excessive heat build-up. Transparent film and coloured base film with IR reflection pigment and additive make windows and doors remain tight even at strong solar irradiation and Hyundai L&C call their foils produced in this way as “Reflect Formula”.

This technology makes temperature down Reflect Formula acts as a protective shield for the entire component. Pigments in the coloured film reflect infrared radiation, and extremely reduce the build-up of heat in the profile. Additionally, it protects not only the film itself but also the adhesive and the profile. Hyundai L&C continuously works to improve our advanced technology, which is a special characteristic of our film. Reflect Formula ensures longer lives for windows and doors while reducing the heat absorption in windows and doors laminated with dark and woodgrains films. The high functional film will reduce profile and board aging and contribute to making extending window and door’s service lives. Finally, it improves energy efficiency.

As a result, the “XE” and “SE” series offered for sale in India are produced entirely with Reflect Formula only. In addition, in order for these top series foils to give excellent results, Hyundai L&C increase their bonding strength by priming the adhesion surfaces beforehand.

Hyundai exterior foils are proud to announce that they have successfully passed SKZ weathering colour fastness and PSM heat build-up tests and have RAL-GZ 716 certification. 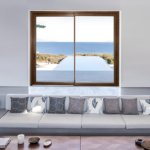 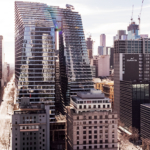 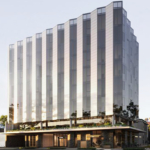 A Melbourne Office Building will Use Solar Façade to Produc

A new office skyscraper in Melbourne built by... 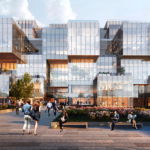 A Cloudy Campus for Alibaba in Shanghai by SOM 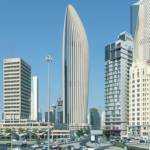 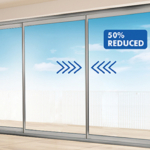 Deceuninck uPVC doors are much more than a be... 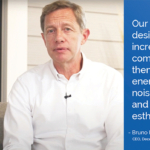 Deceuninck is all set to reach net zero GHG e... 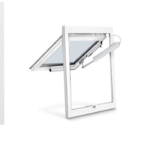 Why is Smoke and Heat Extraction So Important...