Pune is one of the fastest urbanising cities in India due to a rapid increase in population and migration of people from varied cultural backgrounds. Here, the potential residents vary from a group of individuals to a nuclear family sharing a unit with more rooms in affordable lesser carpet area.

Financial crunches and property rate hike are the factors governing the market demand, resulting in high-density housing characterized by towers of repetitive units with poor habitable space-quality and light-ventilation problem similar to any other developing city. This results in loss of culture and identity of the area taking towards common universal language.

Nature of the building facades should be the outcome of the architectural design process with respect to region, technology and cost. One cannot think of it separately. It may be stylised by different materials and methods. The building façade acts like a mediator between external context and internal environment, providing habitable space with light and ventilation. In addition, it adds life to the urbanscape.

We can get inspiration from our traditional buildings with respect to passive façade design to minimise the heat absorption by providing balcony projections and jaali to peripheral passage areas.

And to maximise the usage of indirect natural light and ventilation by the positioning of openings with respect to their size and orientation.

Each angular window, knitted together as a free façade, open in the direction for west wind maintaining privacy from the opposite unit

Surrounded by high-rise buildings from three sides, low-rise development would have struggled for light and ventilation.

Hence, Zephyr happened to be a 11-storied high-rise building. The building is divided into north and south block. South block is further tilted to create a pocket to catch the south-west wind. As per site situation, the building got oriented on the east-west side.

To create a thermal barrier for inside living spaces, all service areas are placed on the east-west façade and are protected and bonded by perforated concrete jaali wall which serves as the main façade of the building. Basic principles considered while designing the façade were climate responsiveness, cost, visual pollution, security, scale and beauty.

These jaalis are made on the site by modular concrete blocks having holes in varied sizes. These circular perforations allow wind to pass through but protect the inside space from harsh sunlight.

They are arranged in different sizes considering the maximum view at eye level and privacy near toilet windows, by placing blocks accordingly. The perforation also varies with respect to the spaces and its usability to maintain the privacy of the users to create a graphic art.

The rhythmic pattern of jaali and the weaving of the windows

Each angular window, knitted together as a free façade, open in the direction for west wind, maintaining privacy from the opposite unit.

Their staggered positioning is to break the notion of the obvious floor as if windows are merely opening with no one position inherently preferable. Moreover, the positioning of these windows in unconventional ways makes it seem newer always by giving privacy and security to users behind, creating excitement, both internally and externally.

The rhythmic pattern of jaali and the weaving of the windows add richness to the fabric of our architecture, leaving the building a living body by making it breathe round the year.

After completing his B.Arch from Amravati University in 1997, Prasanna Morey worked with architectural firms like Chaugule Sant & Associates and Navkar Architects, both are based in Pune. His apprenticeship under Ar. Girish Doshi for twelve years at Navkar Architects transformed him. In 2009, he established Studio Madhushala, with a manner suffused with the inherited stance of fearlessness towards uncertainty which he learned from his guru. The firm experiments with a language divided into lines, planes, and volumes with light, textures, authentic materials with available budget and context extending the idea of impermanence into work. The team strongly believes that architecture is not simply the manipulation of forms, it is also is the creation of space and above all, the construction of a ‘place’ that serves as the foundation for space. In all of his works, light is decisive in forming space which awakens architecture to life. 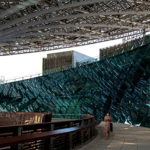 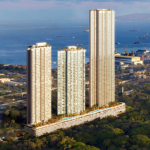 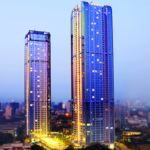 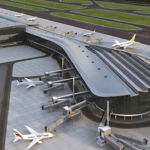