Altius is a multi-storied residential apartment building in Kolkata (West Bengal) developed by Harmony Vinimay Pvt. Ltd. The Project is located right in the heart of Kolkata’s old city. The project consists of total 28 floors. Expected residential occupants will be around 662 in 116 dwelling units. The project is Gold rated under IGBC Green Homes Building Rating system with 76 points. Designing a comfortable indoor environment is a challenge as Altius, the luxury apartment will be occupied for 8760 hours throughout the year in all seasons. To achieve the utmost comfort levels in the building, an innovative façade has been designed for which no extra energy is required to operate after completion of construction.

Shading the east and west façade of a building is difficult because of the low sun altitude. The site has supported in planning the orientation of the building as the façade is maximum exposed to north and south direction. The primitive idea to design the façade was to use the combination of simple horizontal and vertical lines. Façade facing west is partially covered by perforated jaali to reduce the heat gain from the direct solar radiation.

The innovative yet simple façade is constructed by using materials having minimal embodied energy. The normal RCC slab is projected 600mm from the exterior wall and ACC blocks are used to construct vertical partitions. Façade designing also plays a critical role in the energy performance and interior functioning of the building. It controls the light penetration and regulates the heat. Projections on certain interval which breaks the building linear thermal mass and also obstruct the direct sun from outside. The white coloured projections are pleasing to have a view from the interior of the building and significantly reducing the heat absorption which collectively reduces the air conditioning load.

The thermal mass with the combination of projection of the exterior wall has been preferred in a way to avoid the heat transmission from the solar radiation. The gardens are planned with native and drought-tolerant species on the 3rd floor and terrace, which benefits the occupants. Terrace gardening reduces the indoor temperature by 6- 8 degrees and reducing the air conditioning cost. It reduces the overall heat absorption of buildings from the roof and insulates the building against heat and cold. A smartly planned garden with amenities like gymnasium, community hall, swimming pool, and entertainment zone gives a pleasant and healthy experience aesthetically. The water consumption is quite less than required, and harvested rainwater with treated STP would be used to maintain them throughout the year.

The regular airflow has been maintained outside the building by planning the 2 towers apart from each other and leaving a cutout in between of 23 stories. Non- obstructing airflow reduces the rise in ambient temperature, which reduces the urban heat island effect. The planning of the 3BHK, 4BHK and duplex has been planned to have cross ventilation in maximum regularly occupied spaces. Basement parking is avoided and 3 floors of covered parking has been planned above the ground level. The open naturally cross ventilated parking floors saves the electricity consumption in comparison to the mechanically ventilated basement. Smartly planned parking provides more fresh air without consuming much energy.

The developer is providing mechanically ventilated conditioning with VRV system to flats, that have several benefits over other conditioning systems. The system is designed to provide exactly the amount of cooling needed for the current conditions, which means it runs less frequently and at a lower capacity. Thus, this is a true green project, which is energy-efficient at the same time, versatile and aesthetically pleasing.

R.C.C Slab is Projected 600mm from the Exterior Wall and ACC Bocks are used to Construct Vertical Partitions | Aerial View Of the Building 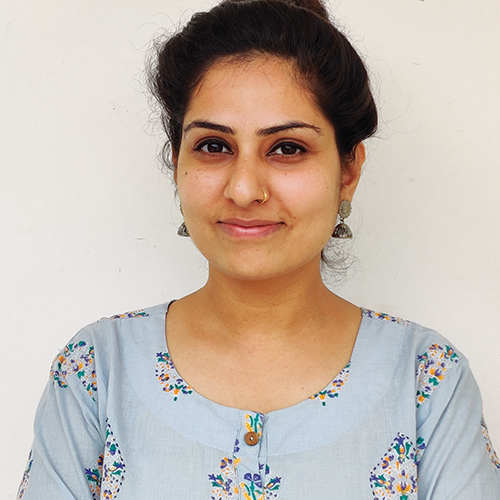 Ar. Vishakha Nirwal is a post graduate (M. Arch) in Sustainable Architecture, presently working in the firm Design2Occupancy Services LLP as a green consultant with experience of two years in the core architecture construction industry as a project architect. Vishakha Nirwal did her master’s dissertation on “Post occupancy evaluation of energy efficiency of green rated educational campus through qualitative parameters” and worked as a green building consultant for prestigious projects. Design2Occupancy Services LLP is a replica of a challenging voyage that strides for excellence in providing energy efficiency products, services and comprehensive solutions across the world. The firm prefers to be solution provider for the owners and builders for their sustainable building goals, from designing till and after occupancy, and beyond that it offers reliable quality services.