In India, post the announcements by the Government about the plan to build urban conglomerates, metropolises and smart cities, it is expected that these will be peopled by almost 40% of the total population of India by the year 2030. Indian façade and fenestration industry is directly linked to the construction industry’s performance. Post the boom of the 1990s, the slowdown in the construction industry in recent times has resulted in a setback in the window and façade industry.

The overall growth is around 20 per cent annually. We can come to an inference that with huge projects announcements from the Government like 100 smart cities, and with the propositions by the Planning Commission to build over 20 million new houses to be built in the next 10 years, the real estate sector in India continues to seek greener pastures, thus the related segments, including windows & door market will take off again, though the past 10 years saw a slump in sales. It is also evident that, with a huge number of multi-story apartments coming up, even in tier 2 and 3 cities, demand for traditional steel and wooden doors and windows is decreasing, while the demand for Aluminium & UPVC products is showing an upsurge.

The Report from Ken Research titled “India uPVC Doors and Windows Market Outlook to 2023” predicts the expected size of the market by the year 2023 to be INR 45 Billion. However, contrary to many expectations, the growth of real estate and the linked fenestration industry, like other sectors, saw a significant downfall due to the onslaught of the global pandemic, global weather change and general unrest. Now, as the dust starts to settle, prospects have started to look up again.

The fenestration industry in India witnessed a leap in the 90s with incredible growth in the economy and the rising demand for the housing sector. By the end of 90’s the sector had to follow the ups and downs faced by the construction industry, which in turn depended on the state of the economy. However, in the first few years of the last century, a slowdown in the housing and real estate sector caused a setback to the doors and window market.

We have seen a boom in this sector in the mid- 2000 and now we are witnessing steady growth. As a few positive signs of growth in the real estate sector become visible, the doors and windows market is expected to grow in the near future. Real estate CAPEX is about 10- 15 per cent of the Indian GDP. In due course, when initiatives taken by the Government pick up momentum, the real estate sector would bounce back. When that happens, there’s going to be a significant uptake in the fenestration industry as well.

It is observed that, at present, the demand for the products is much higher in Tier 2 and 3 cities than in the metros. The 2008-09 collapse forced builders/ developers to move towards suburbs to offer low-cost housing, which saw a fall in window prices and specifications and this continued for the next 4-5 years. Better connectivity of the towns and cities has greatly helped the fenestration industry to reach out to the hinterlands in India.

The rising middle-class population in India has created a market for the façade and fenestration products, offering new opportunities for growth at present. It is observed that commercial/ office spaces and green-rated buildings have used certified fenestration products with high performance.

With the focus on green buildings, IT/ corporate buildings are to push volumes aluminium façades and fenestration in prices bands more than Rs.7000 Sq m. Demand for new efficient façades too will increase value markets by over Rs. 2000 crores, says a report by ABK Consulting The Indian real estate market size is expected to reach USD180 billion by 2020. The housing sector alone contributes 5-6 per cent to the country’s Gross Domestic Product (GDP). The growth of this sector is well complemented by the growth of the corporate environment and the demand for office space as well as urban and semi-urban accommodations. In the period FY2008-2020, the market size of this sector is expected to increase at a Compound Annual Growth Rate (CAGR) of 11.2 per cent.

Retail, hospitality and commercial real estate are also growing significantly, providing the much-needed infrastructure for India’s growing needs Most of the Indian suppliers of uPVC and aluminium doors and windows have been importing various hardware from all over the globe, specifically from places like China, Turkey, etc. Now that things are returning slowly back to normal, as the pandemic becomes less severe, the market is picking up. However, some problems have been witnessed, like:

However, the following activities are also going on:

In view of the above, I feel that the architectural hardware for uPVC and aluminium doors and windows is going for a paradigm shift in modalities of business operations and is poised for a quantum leap in the near future. Anil Sinha has over 25 years of experience out of which more than 12 years are in the fenestration industry. Anil’s journey in the office automation industry began 20 years ago, and has worked for turnkey interior, and office and home furniture. His experience has taken him through organisations like New Mack Systems, Doorset, Bush International, and McCoy (current) where he has worked covering the entire gamut of the turnkey interior, office and home furniture, wooden door window hardware, architectural hardware, uPVC doors and windows, including, fabrication and installation. 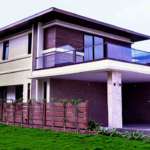 The Growth of Architectural Hardware Industry in India 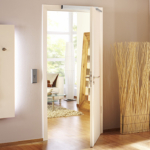 “There is a Growing Market for Organised Architectural Har

Please tell us about the growth of the archit... 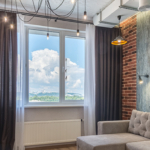 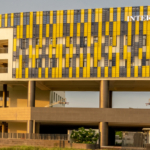 Architectural hardware has become an importan... 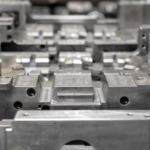 In the last century, in addition to the contr... 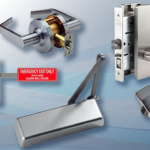 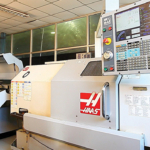 When we look around, we are surrounded by fit... 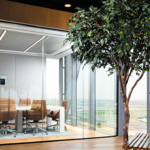 More than ever, modern building projects can ...