People find the nightscapes around them created by illuminated building façades interesting. These façades facilitate orientation, convey messages, communicate emotions and create attention. Façade lighting is encouraged as a method to subtly highlight and accentuate interesting features in a building’s structural and architectural form as seen from principal vantage points.

Contemporary lighting solutions for building façades need to create added value for local authorities or have architectural or economic merit by making a location more beautiful and safer, showing a building off in the right light or getting a positive corporate image across.Achieving these demands great aesthetic design sensibility. Nowadays, however, lighting solutions also need to be sustainable, save resources and prevent unnecessary light pollution.

The form of façades is determined not only by their material and shape but also by the light and its direction and colour. The appearance of a façade alters during the course of the day due to the changing direction of light and the varying components of diffused and direct light.

Different light distributions and the use of lighting control systems give façades an appearance of their own at night. Varying illuminances differentiate components or areas of a façade.

There are many non-engineering decisions to be made. Do you want the building to stand out or blend in? Do you want a subtle or ‘in your face’ effect? Which parts of the building are worth highlighting? Do you want colour? Making the building look good is down to aesthetic judgement.
Remember, you can save a great deal of energy by highlighting certain parts of a building rather than flooding the whole façade with uniform light. The source for façade lighting should have limited or no visibility on the façade.

Lighting should be from concealed lighting fixtures; luminaries should not be directly visible from the sidewalk or street. There are many key factors that are critical to the success of your outdoor lighting job. Proper fixture selection, fixture positioning, and light distribution patterns are among the many factors that should be considered when designing any lighting applications.

On approval of lighting design concept and budget from architect/owner of the building, the main chapter begins. There are lots of things which are needed to be co-ordinated with various other agencies as this is completely different exercise.

The important things are:

The columns at Ayurvedic Village are highlighted with not very powerful, but with a narrow beam light source

After studying the drawings, we come up with concept that could illuminate the columns and highlight it with not very powerful but with a narrow beam light source, instead of flooding the complete structure. This made a difference.
We came up with rendering scheme and shared the same with client and architect. With only one presentation, the scheme got approved.
This was followed by a series of meetings and discussions with electrical consultant and electrical contractor for wiring and driver location for LED
fittings.
In the project, we used more than 450 nos of 3W 10 Degrees 3000K IP65 rated down light with glare control shield. The material finish was same as that of Chira stone.
And after hard work of two years, we achieved the marvellous effect which was intended on day one. 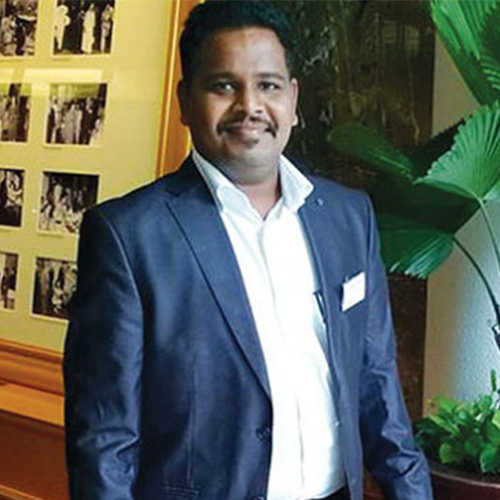