Home > Curtain Wall > “A Well-Designed Curtain Wall is the One that Connects All Points on the Magic Triangle of Cost, Quality, and Time”

“A Well-Designed Curtain Wall is the One that Connects All Points on the Magic Triangle of Cost, Quality, and Time”

What are the key elements of curtain walling systems?

The curtain wall system is a non-load-bearing façade system that usually consists of a lightweight frame structure with various types of infill panels. A common curtain wall consists of aluminium frames and glass infill. Aluminummullion and transom as profiles, mainly made of alloy, have good extrudability, high-quality finish, corrosion resistance and brackets normally with structural alloys. Glazing can be thermally performance and non-performance. It can vary from monolithic, laminated, insulated units of double or triple glazing.

What are the characters of a well-designed curtain wall?

In short, a well-designed curtain wall is the one that connects all points on the magic triangle of cost, quality, and time. When I say quality, it is in terms of performance, aesthetics, and its performance or longevity against design life.

There are many parameters checkboxes, which vary in priority from project to project. Depending on what extend we can tick off the checkboxes, you can call it well-designed or otherwise.

The role of glass in curtain wall systems. The role of glass in façade is a major one. Glass plays the role of functionality along with aesthetics. It is so essential so that it carries the brand identity of the development. Glass, compared to other building materials, has the unique property of transmitting light. The majority of the buildings consider their very basic function: natural daylighting. Glass has a key role in controlling climatic thermal influences. It can maintain the internal ambience comfortable for the habitat by insulating the interior from external climatic conditions which depends on various climate regions. Glass can also be used as the structure itself, as implies in the frameless type façade system. Other functions can range from being fire resistant, sound insulation, burglar resistance, bullet, and even explosion resistant.

What are the advantages of a unitised curtain wall?

In general, the effectiveness of labour is much better in the factory than on the site. This makes the unitised system as favourable one in markets where the cost of labour is high. Since the facilities and nature of control are better in the factory, the quality of delivery tends to be more suitable for the unitised curtain wall. Of course, it has added advantages of accommodating larger movements and tolerances for building movement seismic movements and slab deflections, faster installation- specifically on the highrise towers, minimum external access requirements, etc.

What are the parameters for designing a curtain wall system for a building?

There are many parameters, which varies in priority from project to project, like budget, geographical location, performance requirement, challenges on geometry, design life, integrating aspects of quality, fabrication, logistic and installation while designing, the potential of the market to source it locally, the skill level of the team, etc. Like I said, depending upon what extent we are able to tick off the checkboxes, you can call it well-designed or otherwise. The role of thermal performance of curtain wall system. Each project has unique thermal performance depending on the location, HVAC requirements, and local codes. It applies mainly to the frame,glazing, and other covering materials. The proposed system shall meet each project’s energy values, such as overall U-value, glazing U-value, shading coefficient, light transmission, etc. It is also important to also consider that the system shall not have thermal bridging and should resist heat or cold flow into the building.

What are the challenges associated with curtain wall systems?

I think challenges vary from project to project. There are technical challenges that we will have possibilities of finding solutions. The most time-consuming problems are what we consider as the simple ones…you know like… avoiding thermal bridges which limit due to the limitation of spaces, ensure access to the interior part of the façade to ensure proper draining… accommodation of building movements, etc.

At present time, emerging new materials and technologies enable the façade industry to execute complex building façade design. With the architects’ constant aim to push boundaries and a higher degree of customisation (oversize panels, compound geometries), it tends to increase difficulties in acquiring materials accompanied by a capacity for production. The installation process has also become more challenging and might pose a risk on quality and performance if not planned and guided well.

What are the most common types of failures in curtain wall sections?

Failures in curtain wall sections, if you mean the profile itself, are not that usual, unless there is a significant mismatch in the structural design. But the common mistake that we see in the curtain wall is in terms of the system; there is a disconnect between the fabrication and installation team to the one who designed the system… be it an in-house system or a system supplier. Hence the systems are not installed as instructed in the design manuals. We have observed well-designed systems failing just because of a lack of skill in application. Often the contractors have special teams to install the façade in the lab for testing, who are well trained on curtain wall execution. But they are not a part of the fabrication or installation teams on the factory and site. This causes the reason for the failure.

Another aspect is the testing time. The façade system test is usually not given enough significance. It is quite common to have testing done either halfway through the project or almost at the end of the project. Since nobody expects to strip down the executed façade at that stage, the testing outcome goes more in the direction of a middle way.

Tell about the latest technologies in curtain wall systems.

If you talk about curtain wall system design itself, we have reached a good level of achievement. You may see some further fine-tuning through clever adjustments of gaskets, isolators, special springs, etc. With a constrained budget, façade contractors have their ways of adjusting the system as a cost reduction measure. Apart from that, you may see smart engineering applications to construct slim or less visible joints or larger size panels, etc. somewhere.

There are technology adaptations as we come across geometrical complex façades. The fusion of customised computer coding with façade technical skills can bring wonders. We have done many projects using these technologies to supply the engineering for façade contractors which are extended from our earlier services of consultancy. We have recently established a specific department within our company to cater to such projects, called a digital twin. You can also see the current focus more on passive and active energy-saving without much addition to the cost. We have developed such technology along with our industry partners and have applied it in a few projects, and we can see more demands on that.

What are the parameters that decide the success of a curtain wall? What are the factors that escalate the performance?

To answer your second question first, we do not think there is a necessity of escalating the performance. Curtain wall design needs to be optimised to meet the performance. That’s it. Coming back to your first question, the main parameter that decides the success or failure, as our experience goes… is the allocation of sufficient budget for the execution of the façade. A compromised cost cannot be mistaken for a competitive cost.

Projects are commercially driven; pushing the suppliers beyond a certain extent due to the competition, makes them take shortcuts. In such cases, successful curtain wall execution is difficult as the prime objective of the supplier becomes their existence. Another matter that we have seen as beneficial in executing a successful curtain wall is… assigning the responsibilities to hands who can take the project all through till the end. We have seen cases where the responsibility is given to an entity for pre-contract assignments…. almost no involvement of specialists in the contracting phase… separate responsibility on contractors and another responsibility on controlling entity at the execution stage. The success rate is high when one entity is involved during earlier stages, the contract stage, and the same entity supports the manufacturers for executing the job. In such cases, we are acting as an eye of the investor. And hence success possibilities are high.

What are the criteria to select between stick and unitised systems?

Areas to be covered – Stick System is preferred for low to medium-rise buildings with non-complex shapes and features. On the other hand, unitised is preferred for high rise where a large volume of façade is required to be installed in continuity. With readily built-up panels, installation time is faster compare to a conventional stick system. New buildings nowadays with a high degree of complexities (multi-plane, curves, double curves) tend to be pre-fabricated rather than cut on-site basis.

Overall performance of highrise buildings is subjected to higher wind loads, extreme weather protection, building movements, etc. Unitised panels are well suited to these conditions. These panels are typically built-in quality-controlled facilities to ensure performance once installed on the buildings.

While conventional stick system may experience site failure, mainly due to poor workmanship during site installations. Tolerances are mostly designed during the Unitised System development stage to adapt to the building movements once the panels are in place. A Stick System is a more economical option suitable for the majority of low to medium-rise buildings. It is less in material cost than a unitised curtain wall system but involves more labour and more installation time. High cost involved in providing external access means for installation. Unitised System is more expensive in material cost than stick system but involves less labour and less installation time. 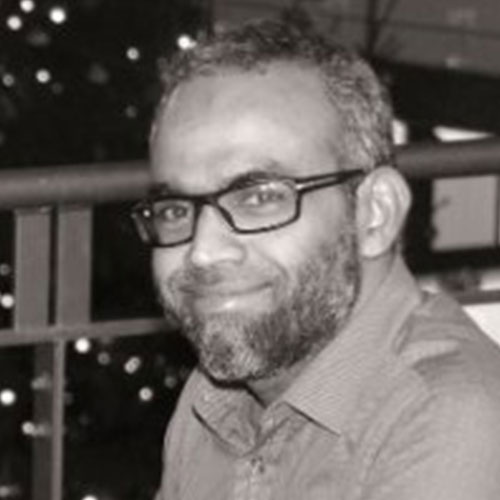 Anees Backer leads the Priedemann India Pvt Ltd and Façade-Lab India Pvt. Ltd. as the Managing Director and is a Managing Partner as well for the Priedemann FZCO in Dubai, United Arab Emirates. In his current position, he manages the overall project execution operation and all financial matters, whilst running and maintaining a quality control system for design and engineering services. He earned a degree of Mechanical Engineering and gained a professional training in Projects Management. Joining Priedemann as an Operations Manager in 2006, he carries in his belt an extensive 25 years of expertise and knowledge in the Façade Engineering and Consultancy industry. 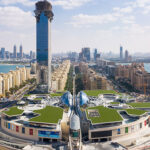 “RSP is all about Re-Imagining Design and Introducing New

RSP is a well-known name in the architecture ... 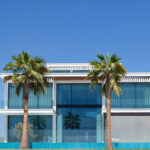 Why the Middle East is ‘Hot’ for Renson 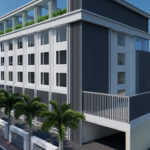 “Façades are a Reflection of a Building Inside Out and Ou

Please tell us about your practice and its gr... 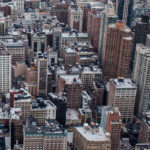 “Architects Need to be Mindful of How the Façade Geometry

Fire safety in high rises and dense urban are... 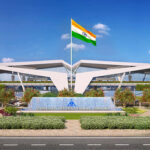 Fire safety in airports is a major issue. Wha... 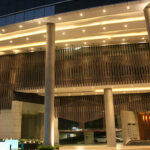 “The Key Factors to Consider While Designing a Façade are

WFM team had the privilege to interview Ar. J... 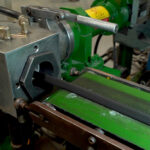 “We are Making Competitive Formulation of the Product to C

In a conversation with Window & Façade M... 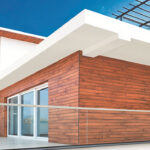 “We, as a Company, have Always been Innovation-Driven”