Construction industry is a huge contributor to environmental degradation worldwide. According to the International Energy Agency, the buildings and buildings construction sectors in 2019 combined are responsible for 36 per cent of global final energy consumption. There are many ways for a building project to become more environmentally sensitive. It is important to mention that at the very outset, the simplest way of “harvested energy” through a building is by designing a building that is sensitive to the local climate and thus needs less energy to build and operate.

If a building needs less energy for heating, cooling, lighting, ventilation, etc., it will automatically have a much lower energy demand. Similarly, there are many other ways of contributing positively; such as using low embodied energy construction materials, reducing water usage, addressing construction and operational waste, etc. This article however focuses on current technological achievements and possibilities of energy harvesting through a building façade in 2019. While the industry and government goes full throttle in terms of promoting and implementing conventional solar panels and wind power, it is useful to also investigate the possibilities of newer energy harvesting technologies.

Conventional solar panels only work efficiently on a building façade when they are positioned perpendicular to the sun’s rays. The most obvious place to mount them is on a building roof. Typical high-rise buildings (occupying most of our cities) have a small roof area compared to its total built up area. Moreover, the roof houses service elements such as water tanks, ventilation ducts and cooling towers, further decreasing the usable area for harvesting solar energy. A solution to this challenge is to integrate solar energy harvesting components into the sides of the building.

However, this is far less efficient as compared to the roof and solar energy harvesting only works optimally on certain orientations. It will also result in obstruction and unsatisfactory availability of day lighting within habitable spaces. Therefore, without including dynamic elements that adjust tilt angles of façade mounted solar cells to the sun’s incident rays, the efficiency would be low. This is how a project about adaptive solar energy harvesting façades is interesting.

In order to study the adaptive façade under real-life conditions, a first prototype was implemented in 2015 on the south-facing façade of the HoNR (House of Natural Resources) on the ETH Zurich campus. In 2017, a second prototype has been developed and implemented as part of NEST – the future living and working lab on the Empa-Eawag campus in Dübendorf, Switzerland. The following project combines recent developments in architecture, energy technology and robotics. The delicate, movable photovoltaic modules can be mounted onto a lightweight structure on the building envelope. The modules are not only lightweight and flexible, but also are rather multi-functional. Aside from energy harvesting, they offer shading and daylight control for the interior as well as individual adjustments to the view by the occupant. The façade is also equipped to store energy.

One of the fuel sources of the future is algae, small aquatic organisms that convert sunlight into energy and store it in the form of oil. The Bio Intelligent Quotient (BIQ) building in Hamburg, Germany, is powered entirely by algae. It has been in operation since 2013 and is still going strong. Built for the International Building Exhibition (IBA) in Hamburg, this zero-carbon apartment complex sports a bright green façade-cum-algae farm. The sides of the building that face the sun have a second outer shell that is set into the façade itself. Micro algae – tiny plants, most no larger than bacteria – are produced within this shell.

They enable the house to supply its own energy. The only thing that the algae have to do is simply to grow. They are continuously supplied with liquid nutrients and carbon dioxide via a separate water circuit running through the façade. With the aid of sunlight, the algae can photosynthesis and grow. This façade is the first of its kind in the world and makes use of the very latest energy and environmental technology.

Aside from producing energy and performing the usual job of heat and sound insulation, the façade is characterised by other valuable traits. Heat from excess sunlight, not needed by the algae, is collected and can be stored in brine-filled boreholes, to be used for space and water heating. In addition, the algae provide adaptive shading throughout the year; the more intense the sunlight gets, the more algae grow inside the façade and the more shade is provided.

The Living Architecture (LIAR) project is a collaborative effort between Newcastle University and experts from the universities of the West of England (UWE Bristol), Trento, the Spanish National Research Council, LIQUIFER Systems Group and EXPLORA. Bricks are available everywhere on the planet. The aim of this project is to develop building blocks that convert resources from sunlight, waste water and air into clean energy. Further down the line, these blocks could form “bioreactor walls” that generate the energy required to power whole structures. The prototypical bricks are based on Microbial Fuel Cell (MFC) technology originally developed at the University of West England. They harness the metabolic power of microbes, taken from an organic nutrient source such as pond slime, and converts it into fossil fuel-free electricity. So far, the energy density of an individual unit is relatively low. While the eventual goal is to build entire structures, such as toilet blocks for people living in developing countries, with walls that can produce their own energy for lighting, they are currently capable of producing sufficient electricity to light an LED light.

Solar Thermal Venetian Blinds (STVB) represent another façade technology combining solar thermal, solar control functionalities and control of daylight and glare. Being integrated into something as common as a venetian blind, this technology can very easily be propagated. By changing the blind curtain position and slat tilt angle, e.g. preventing glare or allowing solar heat gains to the building, while maintaining the functionality as solar thermal collector (except for the case of fully retracted blinds). As such these systems can be integrated into glass façades such as double-skin, closed cavity or boxtype window façades as shown in figure.

Wind energy has a very important role to play in our energy future, but so far it has been more successful as large, freestanding wind turbines operating in laminar-flow winds. The appeal of integrating wind turbines into our buildings is strong. However, factors such as noise, vibration, safety & efficiency and cost of installing and operating small to mid-sized wind turbines are among the greatest obstacles to integrating them into buildings. Small turbines, even stand-alone, pole-mounted ones are not very cost-effective. When we put those small turbines on top of buildings, the costs go up and the performance goes down. Wind turbines are subjected to a great deal of stress, and if installed on a building, the stress can be transmitted to the building structure, creating substantial problems. Very often, the vision behind integrating a turbine into a building is perhaps less a practical solution to be widely adopted and is instead an architectural and cultural statement.

The way forward in the future may be a slightly different approach. Case in point is the Brisbane airport kinetic parking garage façade by Ned Kahn, who has collaborated with Hassell Architecture, UAP and the Brisbane airport corporation to create an eight-storey, fivethousand square meter kinetic façade for the car park of Brisbane’s domestic terminal. viewed from the exterior, the entire exterior face will appear to ripple fluidly as the wind activates 118,000 suspended aluminium panels. as it responds to the ever-changing patterns of the wind, the elevation will create a direct interface between the installation and its natural environment.

A similar example is Windswept which is a scientific observational instrument that consists of 612 freely-rotating directional arrows. Each arrow acts as a discrete data point, visually revealing the complex and ever-changing ways the wind interacts with the building and its surrounding environment. These could conceptually be a way forward in terms of integrating wind power into buildings.

Titanium dioxide (a common ingredient in sunscreen) can help buildings act as air purifiers. Pureti, a Cincinnati-based manufacturer offers a façade-cladding treatment in which titanium dioxide nanoparticles are sprayed onto the components of a building’s exterior. When ultraviolet rays hit the treated surface, they set off chemical processes that burn away grime and convert contaminants such as nitrogen dioxide into nontoxic minerals and water vapour. The result: a self-cleaning structure that also cleanses the air around it.

Similarly, London-based architecture office EcoLogicStudioharnesses photosynthesis in algae to remove air pollution with this living curtain, designed to rest over building façades. The studio’s Photo. Synth.Etica “urban curtain” is a photobioreactor – an incubator for algae, which carries out the naturally carbon-sequestering process of photosynthesis. The micro-algae feed on daylight and air, capturing carbon dioxide molecules and storing them within the curtain, while producing oxygen and releasing it back into the surrounding air. 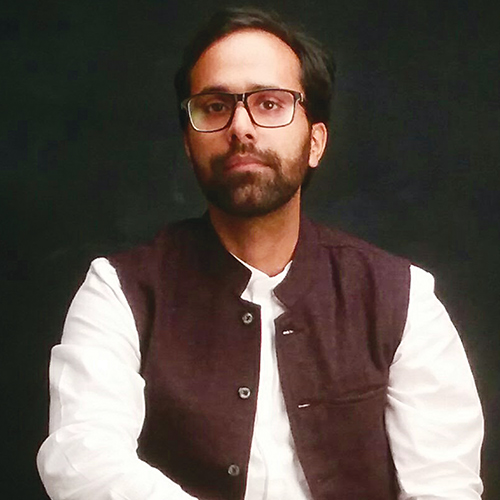 Rohin Sher has nearly 15 years of experience in the fields of architecture, environmental design and interior design across two continents. Before studying B.Arch. at CEPT University, he spent a year learning construction technology. He is trained with the Goan architect Dean D'Cruz. After 6 months’ sponsored exchange program to the Zurich University of Applied Sciences in Winterthur, he pursued his Masters in Sustainable Environmental design at the prestigious Architectural Association School of Architecture, London. In 2011, Sher founded StudioSher in London, which provides architectural, interior and environmental design advice. Rohin Sher 's interests lie in the architectural expression of environmental control systems and in exploring the effect of design choices (such as embodied energy of materials) in minimising energy usage within buildings. 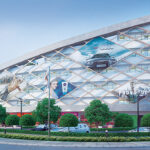 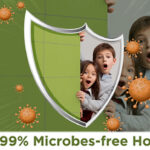 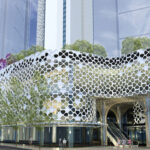 High-rise building façades have their own se... 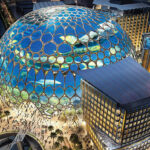 A curtain wall is a nonstructural exterior co...

Façade is an elegant component that shows un...

BACKGROUND There have been numerous fires ... 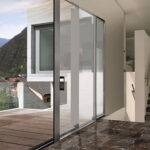 “Our unique business model is a first in this industry

Please tell us about your company Fenesta, an...

In the realm of architecture, the building en...