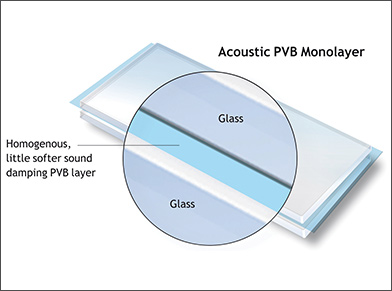 In densely populated areas, noise is almost omnipresent. Noise is also caused by production plants and building work on houses and bridges. Even music from radios and concert halls or blaring television sets can often be annoying and even cause illness.

All noise disturbs our concentration and is capable of disrupting our sleep and causing tension and stress. Two similar sounds, even at the same volume, can be perceived differently.

In general, it is important to reduce noise as much as possible. In the case of heavy traffic on roads or railway lines, a noise barrier can help, while ear plugs can be a useful remedy in crowded areas and on busy roads. Since people spend most of their time in buildings, these have to be given extra protection from loud noise. Thick walls of stone, brick, concrete or wood provide good protection from noise. Thin partitions like doors, windows or glass façades are much less effective.

The decibel (dB) is the unit of measurement that expresses the intensity of noise. 0 dB means absolutely silence, and each successive increase by 10 dB doubles the volume. The following graph presents an overview of typical noises and their measured volumes. The perceived difference in the volume of noise, as loud or soft, can also be expressed in dB.

Taking the example of glass windows in buildings, noise mitigation of 5 dB or more means an audible improvement. If road traffic causes a noise level of 80 dB, opened windows or doors admit the full 80 dB of noise. Window glass 5 mm thick can filter out 30 dB of noise; consequently, only 50 dB, i.e. much less, of the traffic noise is audible to people through the closed window. If, however, the window is capable of absorbing 40 dB, only the remaining 40 dB is still audible, i.e. only half as much noise as via the 5 mm glass. But how can the sound attenuation of glass be improved?

The first step is to fit a thicker pane of glass. By doubling the glass thickness from 5 to 10 mm, the noise reduction lincreases from 30 to 33 dB. The glass is also twice as heavy. However, it is also possible to bond a roughly 1 mm thick film of polyvinyl butyral plastic (Kuraray PVB film) between two plies of 4 mm glass (Figure 2). This yields 9 mm thick laminated safety glass, which is about 1/5 lighter and still achieves 34 dB of damping. If the PVB film is replaced with a particularly effective PVB acoustic film (TROSIFOL SOUND CONTROL), the sound reduction increases to to 37 dB (Figure 3).

So it is possible to produce a lighter laminated safety glass with a lower weight that improves sound attenuation by 7 dB.

Not only is glass’s sound attenuation important, but also its thermal insulation. For many years now, buildings have been fitted with multiple glazing for this purpose. This consists of at least two plies of glass sandwiching a cavity containing a gas that keeps the heat inside a heated room in winter and the heat out of a cooled room in summer.

Such multiple glazing is just as capable of filtering out sound. A construction consisting of two plies of 4 mm glass with a 20 mm cavity attenuates the sound by about 33 dB. This value can be improved by increasing the glass thickness and/or the distance between the plies. As in the above example, the pane of ordinary glass can be replaced with a pane of laminated safety glass. If both are replaced, sound attenuation of 53 dB is achieved.

This means that, given 80 dB of traffic noise, ordinary multiple glazing admits 47 dB of noise, while heavy multiple glazing allows only 27 dB of noise through. With thick double glazing, the noise is reduced to 1/5 of that admitted by the opened window. A double-glazed window with PVB film in one or both glass plies thus provides not only the best acoustic protection but also the best thermal insulation in summer and winter. And this window also increases protection from burglary.

But sound also has another peculiarity: the difference between sounds of low, medium and high pitch. The sound from a noise source spreads in waves, much like those caused by a stone dropped into a pool of water, but normally consists of vibrations propagated in the air. Low-pitched sounds consist of low-frequency waves and high-pitched sounds of highfrequency waves. Frequency is the number of waves per unit time, and the unit for this in physics is hertz (Hz).

The young human ear hears sound in a range from 10 to 18000 Hz, while the range for old people is only about 100 to 10000 Hz (old people often need hearing aids). Frequencies below 1000 Hz are deep, rumbling sounds, e.g. of car, ship or aircraft engines. All tones between 1000 and 8000 Hz are contained in normal road traffic noise – this is the medium frequency range. Sounds from 8000 to 18000 Hz are highfrequency or high-pitched, e.g. the piping of a whistle or high pitched wind instruments in music. Sounds of even higher frequency that the human ear is incapable of hearing are known as ultrasound. Such sound is audible to certain animals such as dogs (dog whistle), and bats in particular use ultrasound to enable them to navigate in flight in the dark.

The sound attenuation of different types of glass can be measured on a sound test installation in a test laboratory. A glass unit, always of the same standardised size, is fitted with putty in an opening in a wall. At the front, a sound source projects sound of a given frequency against the glass (like traffic noise assaulting the window of a house), and behind the glass is a microphone that measures the admitted sound volume in relation to frequency. A computer program then calculates a “mean sound attenuation value” from this. And from this value, it is possible to decide which glass can be used for which sound insulation window.

A sound-attenuating PVB film is created with a monolayer (= a single soft layer) or with a triple-layer, or tri-layer, film (= a thin soft layer between two normal layers).

The tri-layer film is used in automotive and architectural glazing, and the monolayer exclusively in architectural glazing. The tri-layer film is slightly easier to process in laminated safety glass – particularly for large-format glazing; the optics – particularly with the above-mentioned two plies of laminated safety glass – are much better with the monolayer film because it does not have any additional boundary layers.

The acoustic properties, however, are comparable. Since the monolayer film is used exclusively in architectural glazing, it is given very high adhesion. In addition, the film is much better able to compensate for the unevenness of wavy toughened glass (fully tempered glass).

As we have seen, multiple glazing with one or more panes of laminated safety glass and special PVB acoustic film provide the best protection from environmental noise (Figure 5).

Anyone who lives in an area exposed to high levels of noise, has no alternative but to resort to special sound attenuation glazing. PVB acoustic film permits undisturbed sleep and provides protection from illness caused by constant exposure to noise.

Completing his Ph.D at Cologne University, Dr. Bernhard Koll joined Adhesive & Sealant industry in Germany in 1986. Since 1990, he is with Kuraray Chemical Company, and was responsible for R&D and application management of PVB interlayer.

In 2002 he was appointed as the Technical Marketing of TROSIFOL PVB, and took over additional function as Market Developer for glass interlayers in EMEA region in 2015. 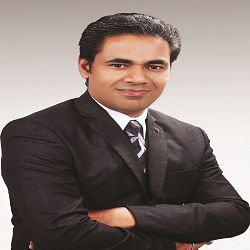 Malvinder Singh Rooprai is working for the trosifol® PVB division of Kuraray India Pvt. Ltd. as Technical Consultant for Asia Pacific region. He works on finite element modelling of laminated glass for analysing the effects of viscoelastic behaviour of polymeric interlayers on the structural performance of laminated glass panels in architectural applications.  Malvinder Singh Rooprai has provided consulting reports on the structural performance of laminated glass to architects and façade engineers and structural consultants for some of the mega projects like the Shanghai Tower in China and World One in Mumbai – India. He has presented papers on structural analysis of laminated glass in events like GPD, and in World of Façades in many countries. He did his Masters in Structural Engineering from Thapar University, Patiala – India and has worked as a Structural & Façade Engineer for nearly six years with a façade fabrication company (a subsidiary of construction giant DLF Ltd) in India. 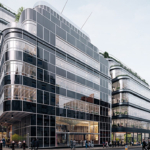 Trends in Glass & Glazing for the Building Envelope

Performance Requirements in the UK Market –... 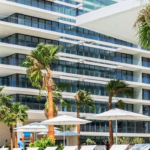 The development of the requirements for the a... 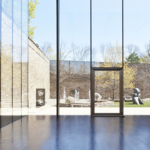