Home > Facade > Façades: A Medium to Infuse Aspirations in Neighbourhoods

Façades: A Medium to Infuse Aspirations in Neighbourhoods 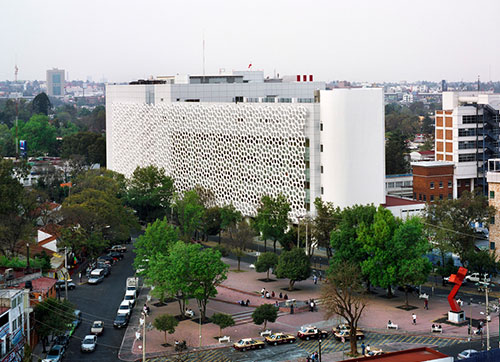 The building envelope is often referred to as the skin of the building that protects the core from environmental damage. Largely understood as a tempering screen that wraps around the spatial arrangements to form a shelter.

THE BUILDING ENVELOPE AND ITS FUNCTIONS

The Indian subcontinent has always seen extreme climate and thus, the primary purpose of the building envelopes is to protect the occupants against the same. The lack of resources has often made us resourceful and thus passive solutions such as solar insolation, thermal mass, shading,   and natural ventilation, have always been integral to the way we build. Moreover, the development in building technology and building performance have led to a building envelope that designed so that the buildings are dependent on additional systems during large parts of the year. Enforcing the use of energy intensive HVAC and lighting systems to mitigate the unwanted conditions, which transform the indoor space in to a ‘manufactured’ rather than a ‘mediated’ environment (Addington & Schodek, 2005). Having said that, it would not be incorrect to define the building envelope as an environmental filter.

UNDERSTANDING THE NEW SKINS IN THEIR CONTEXTS

Understanding the aspirations and demands of the local context is imperative. Here we shall look at two starkly different contexts and their proposed interventions that function as ‘Acupuncture Solutions’ within the existing urban weave.

The second case that would be an intriguing follow up in terms of ‘value increment in ambition to the local context’ is Manuel Gea Gonzales Hospital, Mexico As reported by the Washington Post in 2010, ‘Mexico once had the world’s worst air, with skies so poisonous that birds dropped dead in flight’. The government hence after has taking multiple indicatives to fix this problem, one such program was the Pro Air Programme, and once such skin construction that took place during these attempts was the ‘Manuel Gea Gonzales hospital’ building. This incredible smog eating façade is proposed to combat air pollutants and neutralize them and improve air quality. This is mainly due to government-initiated programs like the Pro Air Programme.

The infrastructure of the city still needs to be environmentally sustainable and improvements are required. The building in light is the Manuel Gea Gonzales hospital in the city which was designed in such a way that it is able to combat air pollutants and neutralise them and improve air quality. Designed with a Lace Façade and inspired by the geometries of crystal patterns, the crisp white façade spans across 27000 square feet. Located in the dense educational and hospital district this edge of the city is heavily trafficked with a lot of old cars which produce a very high level of carbon emissions and this makes the façade even more important in the area. A double skin with antimicrobial and de-polluting properties and also with an aesthetically pleasing design was created by proSolve370e. These tiles contain a fine layer of titanium dioxide that gets activated with ambient daylight and aids in combatting air pollution.

This ambitious project successfully injects its neighborhood with ambition with the ideology of being able to make a positive impact on one own ecosystem. Both starkly different specimens of façade interventions but it is interesting to see how they both make a positive impact on their context. Exhibiting how façades can positively impact the ambition and aspiration of a region. With such indicatives one only comes out stronger to believe that change is gradual and inevitable but sometimes we see exhibits of accelerated pace that is where the spark turns to fire.

The first case that would be an interesting progression to discuss, is ‘the application of aspiration on a neighborhood retail block’ Metro World Mall: Gurugram Situated in a medium residential neighborhood, and sandwiched between sector community shopping complexes, this intervention sits much like a jigsaw puzzle. What catches one’s attention is the aspirational value of the project, juxtaposed with the HUDA Market at one end and Various CGHS Apartments at the other fringe, this project attempts to formalise night urbanism in the area. While the community markets get ample footfall, owing to its proximity to a medially dense residential neighborhood. This project brings about a glazed and finned façade that brings a cosmopolitan vibe to the area. With a total buildup of more than 1,58,000 Sq ft, this super structure does not exceed 5 floors and thus stays relevant to the neighborhood context. This projects brings innovative glass glazing details to a residential vicinity. Once again moving away from the primal definition of shelter, this façade uses ambition and desire as a trigger and demonstrates the same elegantly. 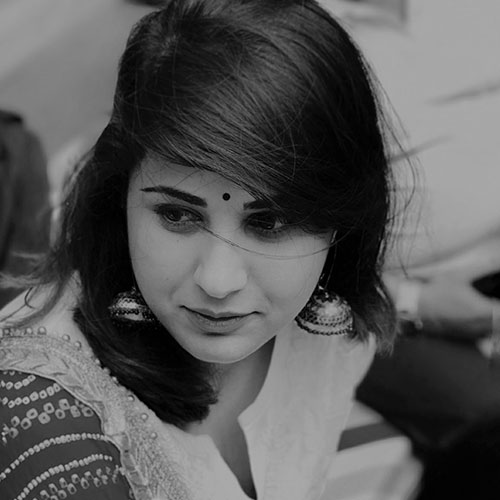 Architect and a Writer on Architecture

Rahat Varma is an architect and a writer on architecture, urbanism and allied fields. She holds a master’s degree in Urban Design Development and its Digital Implications on Architecture from the University of Calgary, Canada. With a keen research interest in urban sociology and local architecture, she professes at the Sushant School of Art and Architecture, Gurgaon. She has expressed her critical thoughts on architecture and allied disciplines in her essays, research and interviews.