Even though we are told that we shouldn’t, most of us will judge a book by its cover. It strives to pique our interest and make us look inside to discover the story it has to tell. The same could also be said about the façade of buildings.

Nowhere is this more true than for the flagship stores that line 5th Ave in New York, one of the most expensive and best shopping streets in the world. Any brand having a storefront on this artery – or any similar luxury retail area in the world – will have the likes of Louis Vuitton, Armani, Prada, Gucci, and Cartier as neighbors. Special attention is therefore paid to the design of the flagship store façade since it has such a large impact on the perception and credibility of the brand. Contrarily to most of the other stores in the chain, the role of the flagship often has more to do with drawing new customers and showcasing the brand than making sales.

The huge financial investment required to create a flagship in a prime location often means that it doesn’t make any profit for the company, but if it is successful in creating an unforgettable shopping environment and experience, it has the potential to become a destination in itself and increase the “fan base” of the brand.

When the Italian jewellery brand Bulgari recently restyled its 5th Ave flagship located in the 1921 Crown Building, it wanted to convey opulence with a dolce vita flair (Figure 1). Influenced by the brand’s Roman roots, the architect Peter Marino, therefore, proposed a façade comprising a gold-colored bronze lattice with bronze florets at each corner, inspired by a 1930’s sketch for brooch found in Bulgari’s archives which unfortunately was never produced.

Bronze was the favoured material from the start due to its extensive use in classical Rome artifacts as is found not only on the façade but throughout the interior of the store.

The new façade consists of five 9 m-tall windows and marble-clad portals inserted into the openings of the existing building on two elevations. Each double-height window covers not only the Bulgari store at the ground level but also the tenant space above.

In a desire to make this delineation between occupants appear as seamless as possible when viewed from outside at all times of day and night, a polymer metallic mesh was embedded within the laminated outer layer of the insulated glazing units was embedded into the glazing units at the upper level.

Two main layers form each of the windows: an inner glazed façade and the intricate bronze lattice. The 1.2 meter-wide x 2.5 meter-tall diamond glass panels are mounted onto a bronze-clad welded steel frame. A series of standoffs are connected to the steel frame within the glazing joints and support the outer bronze lattice.

There was initially a desire to use a custom extruded bronze frame from the façade, but the large spans and the small maximum dimensions (around 125 mm) can be extruded in bronze, combined with the relatively low stiffness of the material rendered this approach unpractical.

The lattice consists of milled bronze baguettes and cast bronze florettes mechanically fastened together to form a large trellis. The façade is illuminated via doughnut-shaped custom LED light fixtured located behind each Florette. The wiring for the light fixtures is housed within the lattice, behind an invisible recessed front cover running the full length of each baguette.

These light fixtures help create a visual continuity at night between the store at the ground level and the dark tenant space above. They can also be programmed to create animated patterns of various colors on the store façade during special events.

In order to address the issues of glass replacement and differential thermal expansion between the bronze lattice and the façade behind, the lattice was subdivided into smaller diamonds of the same size as the glass panels behind.

This allowed smaller thermal movements to be accommodated within each diamond which can be individually removed in the event that a glass panel needs to be replaced. It also offers the advantage of being able to preassemble and pre-wire each diamond segment in the shop, reducing the installation time on site.

At the base of each window opening, a large marble-clad steel portal cantilevered from the existing ground level slab accommodates either a display window or an entrance. The framing of the main entrance was kept as delicate as possible by creating a welded steel frame which was then clad with extruded bronze profiles that secure beveled glass panels into position.

Contrasting to Bulgari, opening a flagship store on 5th Ave was for the German sportswear fashion brand Puma a first. Undoubtedly smaller than some of its competitors, it is growing at a steady pace and the new Manhattan store was therefore used as a means of increasing its visibility, status, and market share (Figure 6).

The 1700 square-meter store span two floors. At the ground level, a 3.7 meter-tall frameless fully glazed façade with only structural silicone at the vertical joints between panels provides unobstructed views of the products on display.

However, Puma used the upper portion of the façade to express its brand identity where it is divided into approx. 2.6-meter x 2.6-meter squares further subdivided into four insulated glazing units replicating the star pattern printed on the soles of its classic Puma Suede sneakers. The tri-dimensionality of the motif is achieved by pushing the central point of each star outward. Ceramic frit is silkscreened onto the edges of the triangular glass panels and backlit with LED light strips integrated into the support frames to accentuate the illusion of faceted stars.

Since there was a desire to have no framing in the façade at the ground level, the upper façade had to be hung from the 3rd-floor slab edge and the vertical building movements be accommodated in the horizontal joint between the two façade systems. The framing consists of one bay-wide x 3 bays-tall welded steel “ladders” hung side by side and restrained against wind loads at the 2nd-floor level. For maximum installation efficiency, the glazing and light fixtures were inserted in each “ladder” in the factory and the assembly was lifted into place. Once this was completed, only the vertical joints between adjacent “ladders” needed to be sealed, and the light fixtures are connected to the power supply.

This approach saved time on site and allowed us to take advantage of the better quality obtained with assembly under factory conditions. Here, contrarily to Bulgari, the owner wanted to have a clean, but slightly rugged appearance. The interior steel frame is therefore left exposed and simply painted.

Despite being very different from one another, the system and material selection as well as the detailing of the façades of the Bulgari and Puma stores contributed to the embodiment of their respective brand identities. Flagship retail store façade design presents an interesting challenge of integrating branding into technical solutions that commonly require long spans, high transparency, and integrated lighting schemes.

The Bulgari and Puma Stores presented to demonstrate successful implementation of these principles and are well placed in the historical legacy and evolution of this typology of façades in this niche sector of the industry. 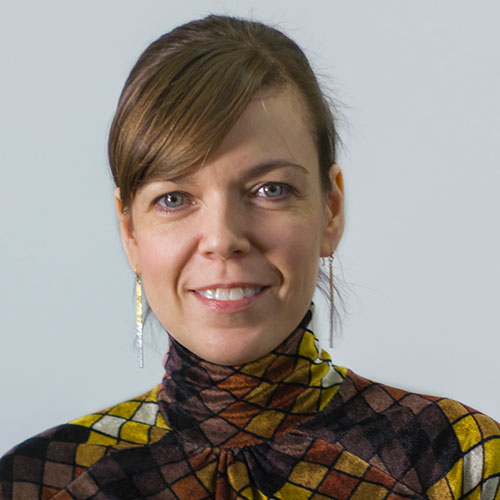 Karine Charlebois is an Associate at Eckersley O’Callaghan in New York where she leads commercial, retail, educational, cultural, hospitality, and high-end residential façade projects. She has designed custom curtain walls, structural glass façades, window walls, skylights, cable walls, and rain-screen systems. Her experience combined with her educational background in mechanical and structural engineering as well as the architecture allows her to find novel façade solutions which combine innovative use of materials, constructability, structural and thermal performance while taking into account the project sensitivities with regards to the architectural intent. Charlebois is a Registered Architect and Professional Engineer in the United States. Karine Charlebois has also been a guest tutor at the Parsons School of Design and the University of Maryland.