Building envelope and along with it facade engineering is evolving with creative designs and new building materials to cope with aspirational designers and educated building owners. More emphasis is being given to the humble facade with rising awareness amongst the building owners and developers in order to create value which was long lost and to extend the life of the buildings and finishes. However during the process of these creations one witnesses a number of experiences where failures and poor performances are evident which upsets the designers and the owners/creators. This article aims to share a few real time experiences of failures covering several facets of the issue.

Generally failures are attributed to several aspects and it is highly unlikely that a single factor would result in facade failure. Facade elements are combinations of several materials combined together in a specific build-able form that is integrated as the building envelope. During the complete process from design to implementation, there are various steps that are involved. Each process has to be handled with utmost care and precision by specific teams adept in the respective skill.

Hence, the failure etiology is quite complex. In many situations findings from the failure investigations are highly challenging and it’s difficult to conclude the primary cause.

Table 1 presented here illustrates critical aspects of the process which help in identifying the failure analogy. It also represents the level of risks associated with the aspects and its impact on the finished building facades.

Following is the explanation of some of the major aspects varying from design, materials, structural and integration that culminate into facade failure.

These failures will have serious impact on the facades and may pose safety issues in front of the occupants.

These failures often cause major disruption in building services and life safety. Major factors resulting in material failures are listed below:

Nature of Failures & Non-compliance of Glass

Glass is often complex and requires good experience with specialist skills in order to meet the expectations. Visual non-conformities are generally considered as non-compliance rather than failures. Following are tabled out some key aspects to note.

Failures during the implementation are primarily combined effect of several teams not working in tandem. Few key aspects are presented below:

~ Dedicated quality-checks are missing
~ Systematic checking procedures not in place.

Inadequacies during the interfacing stage and integration with the main building have a major impact on resultant functionality resulting in failures ultimately. Few key aspects are tabled.

Failures generally surface as a result of a combination of several factors, right from design to implementation. Often the tracking of failure is not an easy and pleasant task as it deals with finding faults at several stages and a lot of stake-holders are involved. Hence it is essential that adequate level of management systems is in place to avoid potential risks of building façade failures. 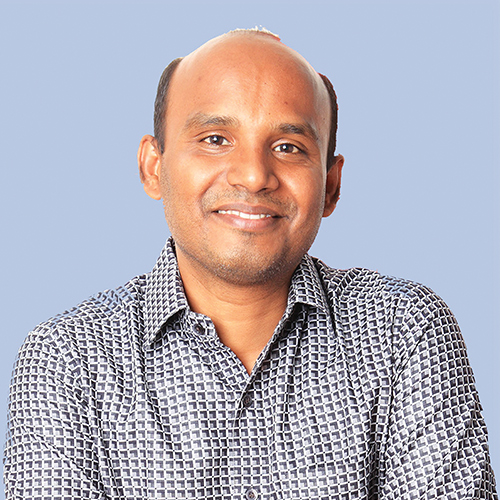 Rajan Govind has 25 years of international experience within the façade industry, out of which he has served more than 11 years at Arup. With structural engineering background, he has good overall façade specialist experience. He has gained working experience in various regions such as Asia, the Middle East and Australia. He has successfully delivered several prestigious projects with integrated façade designs, involving 3D design, complex engineering and building integration. Rajan Govind is a Certified SGMM (Singapore Green Mark Manager), which enables him to understand sustainable design requirements from architectural and practical perspectives. He has technically lead, managed and delivered several large projects with highly practical and efficient designs resulted successful implementations.