Building envelopes function as an environmental filter that forms a skin around the framed structure of the building and manipulates the influence of the outdoors on the indoor environment. However, they do not necessarily form a part of the load-bearing structure itself [Glass 2002].

From an engineer’s context, the term intelligent building envelopes has become a common denominator for a type of built form that uses artificial intelligence to provide the indoor environment with dynamic heating, cooling, lighting, and ventilation, aiming to procure an optimal balance between occupant comfort and energy efficiency. However, a building envelope focuses more on behaving as an environmental filter, optimising the building performance instead of incorporating intellectual skills of a living being to be called as  “Intelligent Building Envelopes”.

Given its characteristic processes of perception, reasoning and action, three main objectives are considered to be particularly relevant for an intelligent building envelope to fulfill in its interaction with the environment:

A building envelope will be defined as intelligent only when it assimilates self-adaptability which is imperative to cope with new and varying situations in its environment.

The factors that influence the environmental handling properties of an envelope include:

Within this environment, an intelligent building envelope is responsible to provide a competent response to regular variations, unanticipated events, and changes in priorities and performance criteria. In addition, the envelope is accountable for changes in its own performance due to, for example, the aging of equipment, the accumulation of dust and the breakdown of components.

In order to provide this response, intelligent building envelopes need to be designed with a flexibility that allows it to implement various strategies and to adjust its physical layout accordingly. In designing the envelope, however, it is not possible to anticipate every situation that may arise, create an exhaustive list of requirements, and determine the morphology of the building envelopes accordingly. In order to be able to respond to a wide range of real-time situations, therefore, an intelligent building envelope ideally is able to manage its own strategies and layout as the need for adaptation arises.

In a dynamic and intricate environment, the tasks required of a building envelope are sometimes conflictive; trade-offs need to be made according to an appropriate set of priorities. Simultaneously, there may exist several manners in which to handle a particular task, each of them pursuing the same objective, though with different side effects. An intelligent building envelope ideally is able to anticipate the effect of a chosen action that will have on all of the tasks it needs to perform, and include this in its consideration of multiple, conflictive performance criteria in search of an optimal solution.

Governing a complex set of priorities and performance criteria is required for an intelligent building envelope to be flexible in its strategies and morphology. A flexible layout will provide the building envelope with more manners in which it could perform a certain task and increase its chances of finding the most favourable solution to a given set of problems. Multiple chains of perception, reasoning and action make it possible for the envelope to adapt strategies as required by the situation at hand.

The Behaviour of the Inhabitants The building occupant forms a particular point of focus on the variable and conflictive requirements an intelligent building envelope needs to handle. Ideally, an intelligent building envelope is able to adapt to user needs, preferences and behaviour, and the effects of their presence. Careful consideration regarding the nature and extent of control given to the building occupant needs to be made because while the right type of control increases the occupant comfort and satisfaction, other types may cause stress and dissatisfaction.

According to Burger, the occupants’ perceived ability to significantly alter events results in the perceived level of control that appears to have determined the response. The occupant control in this context can be distinguished between three different types of control as per Averill [1973]:

In a study performed, it was attempted to separate the availability of choice (decisional control) from the experience of preferred environmental conditions (cognitive control). It is hypothesised that a building occupant may feel in control by obtaining conditions that they prefer without having had the opportunity to choose those conditions.

The most common question that arises with respect to intelligent building envelopes and has been an area of research is whether the objectives are implemented in real life scenario and to what extent. It is also under scrutiny as to whether the adjective mainly refers to the intelligent design and maintenance of the building envelope by humans, or can the actual envelope’s behaviour be qualified as intelligent. To find the answers to these queries, a lot of different design criteria can be taken into account. Among the most important ones are indoor comfort requirements such as thermal conditions, lighting and noise, costs, architectural issues such as scale and proportion, and energy use for operating the building.

Many studies can be observed which include a limited selection of these optimisation criteria. Out of the many variables, a lot of them are difficult to quantify, and it has not been possible to make a numerical model that includes them all. Tradeoffs are most often required to be made between conflicting criteria such as cost and comfort. Most often the decision-maker makes priorities in order to reach a solution.

Some of the features that helped to incorporate high levels of occupant satisfaction are as mentioned below:

Hence, it can be concluded that till date no global optimum façade configuration has been developed that could be applied universally to all buildings. Every building has a unique set of users and it is set in a unique context which are to be analysed and appropriate façades ought to be designed. 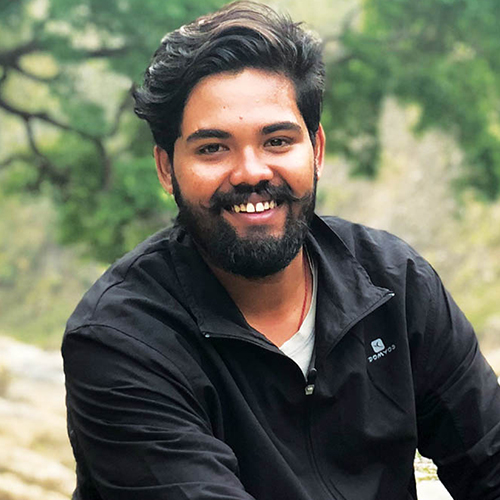 Sai Balaji is a mechanical engineer by profession. He is currently employed as a project engineer at Design2Occupancy Services LLP, Jaipur. His expertise lies in the field of LEED certifications and he has been associated with more than five projects. He also has experience in building energy simulation and daylight simulation. He is passionate about the recent developments in the green building field and related topics like building envelope, HVAC-R equipment, building construction materials, etc.