Global market for Building-integrated photovoltaics (BIPV) is projected to grow from a current low of US$5B to a high of US$26B by 2022. This represents an exponential growth of 27 per cent CAGR. There appears to be a sudden surge of interest in BIPV. It is not driven by the finite space available for rack mounted rooftop PV. BIPV, as applied to the façade, will offer the best option to increase solar integration into the built environment. This appears to be consistent with the big rush for decentralised building and nett zero energy buildings.

While we can certainly afford to be optimistic about the surging interest in BIPV, there remain certain fundamental real world challenges which need to be overcome before BIPV can be expected to take traction within the building sector.

The complexity of these challenges, aesthetical, efficiency and commercial in nature, are the primary reasons why BIPV has been restrained from widespread application into and onto the building facades.

However, the good news is that recent advances in glass and solar technology can provide the ultimate solution to resolve not one but all of these problems holistically. These are not paper solutions residing in research laboratories but are matured technologies available commercially to the market today.

The next thrust of BIPV will therefore be technologically supported and solution driven.

In the present day context, getting architects to design façade BIPV as a matter of default is the equivalent of getting them to climb a tree. And, I don’t blame them.

Most architects are stuck with the idea that PV panels are black and ugly. And, even if they are coloured, they are typically associated with low efficiency and high cost.

Architects are a discerning lot of professionals looking at products and technologies from a combination of design, altruistic and pragmatic perspectives.

In order for any façade BIPV to be acceptable to an architect, the technology must be designed and engineered to meet the following requirements:

There are not many façade BIPV technologies today that can satisfy any or all of these criteria.

A game changing technology known as Kromatix technology is ready to offer the best solution to address all of the present day challenges for BIPV.

This new technology is specially developed to empower architects the world over to indulge in solar architecture by effectively addressing, issues relating to aesthetic and architectural appeal. It offers colourful photo voltaic panels that looks pleasingly like a glass while performing highly efficient PV. It is an all value proposition which also includes impressive fiscal benefits to be derived from Green Mark and other international benchmarks and certifications.

It is a BIPV glass technology that would enable any black PV to morph into a colourful PV module. Its range of imaginative coloured options offers the strongest architectural appeal in the industry. All the PV cells are carefully masked behind the atomically coated glass, to blend harmoniously with the facades.

Developing a colourful version of a PV may be the best thing to offer to the industry but it must be done without compromising peat power efficiency. Unlike most coloured PV in the market, Kromatix offers coloured PV with 16 per cent efficiency, currently the best in class in the industry. The efficiency rating can be scaled to match future efficiency advances in solar cells.

The perceived cost of BIPV is an enigma that can be effectively addressed with this novel technology. It offers a low nett cost over the building material it replaces. It has been characterised to generate high yield and are well placed to attract high scores with Green Mark or other LEED certification.

As a BIPV, it takes advantage of an otherwise passive façade, converts it to an active solar wall and in the process creates new opportunities for producing extra solar energy that can save up to 6 or 7 per cent of electricity in a typical office building. This is an exceptionally under-explored option which should get any building owner excited. It offers the unprecedented potential to generate huge savings in expensive electrical equipment.

It energizes the building facades to produce renewable energy in addition to the traditional habit of saving energy. It helps to improve the envelope thermal transfer value (ETTV) of the façade. Lower ETTV attract higher Green Mark scores.

The new advances in coloured PV technology create new opportunities for architects to embark on a new and exciting journey towards solar architecture.

KROMATIX’s signature project at Copenhagen International School (CIS) in Denmark is touted as the world’s largest façade BIPV installation. With 12,000 pieces of Kromatix shingles angled differently to create solar effective chromatic surfaces across the façade, it is meant to be trend setting architectural display of the school’s green and sustainable footprint. Students were extremely inspired to follow in the school’s pied-piper initiative, helping to shape their future as responsible individuals with a green conscience.

The system, set to produce 300MWh of solar energy per year it is being held up as the gold standard for façade BIPV at major solar conferences around the world.

The Future of BIPV

While Copenhagen International School is being held up as the “gold standard” for BIPV, the rest of the world is now taking swift and sweeping actions to capitalise on the new founded opportunity to drive the PV up the wall. Many pipeline projects are already planned with BIPV as a matter of default.

There is no doubt that with the total solution provided by the new advances in this technology, an entire township may evolve into a world class solar city, such as in the visionary illustration of the future of Singapore. 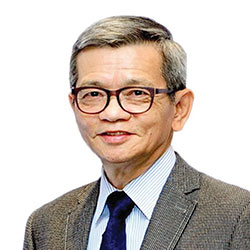 Philip Kwang is a Director of Façade Global Master Pte Ltd Singapore. He is a façade consultant, an inventor and a lecturer at Department of Architecture, National University of Singapore. His current interests are to lead the industry in façade innovation and advance materials, façade lightings and BIPV. Contact: Philip.kwang@ facadeglobalmaster.com 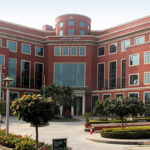 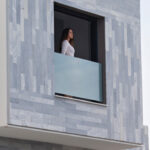 Stone Façade : Got Stone? It Could Be Better

In the region, the use of natural stone has b... 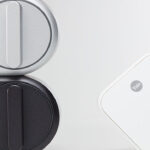 Yale Launches Linus®, a Smart Lock with the Perfect Balance

The new Linus® Smart Lock from Yale allows i... 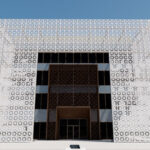 Building Information Modelling (BIM) is the u... 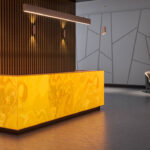 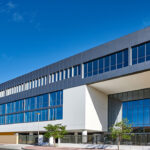 The use of glass for a building façade has l... Tips to Extract the Best Performance from FunderMax HPL 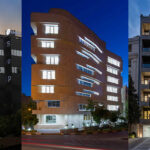