Well, it’s appropriate to say that the architects now need to be energy literate. However, yet the architects are moving forward with the same principles without considering the architectural efficiency of a building. Mostly architects follow a thumb rule of using less glass on the façade of a building where it receives maximum solar radiation. In India, incorporation of minimum windows in the south facing façade is being recommended to avoid direct sunlight. The flip side of the concept is that it dilutes the aesthetics of the building, which poses a major concern. So, architects opts for spandrel glazing (a type of glazing where there is a wall behind the glass but from outside of the building only the glass is visible), that can enhance the aesthetic value of a building, and another option is to modify the interior layout and to move the lesser occupied areas like warehouse, storage, etc. in the south side. The regularly occupied areas should be placed in the remaining sides (east, west or north) of the building to bring down the heat load of a building. By providing more windows on these three sides where the sunray is less intense, daylighting can be increased in the building which in turn can reduce the consumption of artificial lighting.

The glass of a building allows the heat to enter the building in two ways – one is through the thermal conductivity or U- value of the glass where a glass is extremely conductive of heat, and another is solar heat gain coefficient (SHGC). The lesser the U- value and SHGC, the more efficient the glass is. There are a lot of glasses available, but usually architects go with these two glasses: single glazed and double glazed glasses. Out of the two, double glazed glass is more effective as it has lesser U-value and SHGC.

One more term is VLT (Visual Light Transmittance), however VLT does not have to do anything with the heat load but the daylight in a building depends on the VLT of the glass. The higher the VLT value, more is the daylight. But as the SHGC reduces the VLT also reduces, as a result it is always a difficult task to find an appropriate glass. Therefore, architects should go for energy and daylight simulation studies.

The case study is based on the various numbers of iterations those have been done to find the appropriate type of glass for the building.

Pinnacle Infotech Solutions, Jaipur, a newly built office building, is registered for LEED certification. As a green building consultant, we did the energy simulation and this was done to determine the appropriate glass selection for the building. A basic aspect was to have the DGU (Double Glazed Unit) glasses on all the façade of the building, as DGU are the most efficient but are they feasible? Let’s talk!

One cannot recommend the same without calculating the return of investment as double-glazed glasses are always expensive due to their efficient properties.

“Saint Gobain” glasses were considered for the simulation; Refer to the table with glass details:

The best results were on considering DGU on the south side and SGU on the rest of the sides (North, East & West). The energy consumption for this case was 1530.9*1000 kWh.

Whereas the energy consumption on considering DGU glass on all the facades was 1515*1000 kWh.

It showed us that the building would consume around 1, 50,000 kWh energy more in our case.

Let us have the cost analysis now, on considering DGU glass on all the facades the cost was around Rs. 5029505

The total cost for the glasses in the recommended case of DGU on the south side and SGU on the rest of the sides (North, East & West) was Rs. 2992756

It showed us that the return of investment would be more than 13 years.

So, the appropriate selection was DGU on south facade and SGU glass on the rest of the facades – East, West and North of the building. It was more feasible as it was helping the project to save more than 20 lakh rupees. If the project building would have taken DGU on all the sides, the investment would have been 20 lakhs more on glasses which will make the project to have an ROI of more than 13 years, which was not feasible.

A healthy discussion among the architect, green building consultant and the owner lead the project with a very efficient façade design, which considers the above recommendation in a modified way. Now the project team has considered SGU glass on the north facade & DGU glass on the south facade. Whereas, for the east & west facade, DGU glass has been considered in the regularly occupied areas and SGU glass in the non-regularly occupied areas. 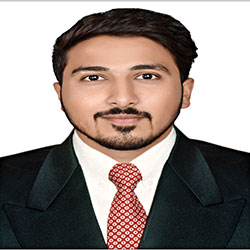 Neeraj Sharma is an Assistant Manager at Design2occupancy Services LLP, an engineering firm providing green building services, energy modeling, commissioning and energy audit services. His experience includes analysis of energy performance of new and existing buildings. He is an expert in energy simulation and calibrating energy simulation for energy optimisation of various buildings in varied geographies by analysing the building performance and the loopholes in building energy consumption. He also suggests energy conservation measures related to building facade, insulation, lighting and HVAC. He has done reviews for USGBC LEED, IGBC LEED projects as well as for GRIHA/ePact projects for existing and new buildings for offices, retails