Tell us about the advancement in facade design technologies and materials in the past 5 years?

There has been an exponential growth in facade technologies and material in the last few years, that focus on energy-efficient materials and fabrication systems, as buildings have become one of the primary consumers of energy. Furthermore, the building envelope, consisting of a facade and roof, can contribute largely to energy conservation to maintain a balance between thermal and visual comfort. Advancements in the material technology and in the construction methodology, along with innovations in fabrication systems have aided in achieving the facade design aesthetic with maximum efficiencies, imparting identity to the building without compromising the energy efficiency parameters.

What are the advancements in energy harvesting facade technologies?

Energy harvesting is yet to be completely successful for the facade. The efficiency of Building Integrated Photovoltaic Systems (~7%) is roughly one third as compared to the roof-mounted (~22%) solar panels. The intent for the Solar Photovoltaic facade is an interesting approach towards innovation and energy efficiency together, however, the potential of the same is yet to be fully explored. The current technology solutions available in the market are expensive and inefficient. In addition to this, it also imposes significant restrictions in building facade design which acts as a deterrent in its adoption among the architects.

How are products like glass help in building parametric facades?

The innovation in glass manufacturing technology and its ability to perform in climatic response is one of the most important ways in which it is contributing to parametric facades. However, facade material is not the only factor that aids in building parametric facades. Our approach is always to first identify such parameters that govern building design and then design the facade. This process begins with identifying the right building orientation, form-finding and then individual facade. One such project which exhibits this process is the IT campus designed for Infosys in Nagpur.

IT Buildings have a generic identity of glass and metal; however, this building has a very distinguished form and facade as a parametric approach was adopted in this case. Nagpur is located at 21.15ºN 79.09ºE. The orientation of the building was determined based on the sunpath diagram of Nagpur. Due to the location of the site, a pure N-S orientation was vulnerable to both the morning as well as the evening sun of an azimuth angle of up to 21.15°. However, rotating the building by a similar angle (on either side) naturally resulted in obstructing the solar azimuth for at least half the day. This meant that the solar control devices could now be designed for single-sided protection, also simplifying the architectural implications.

Finally, it was concluded that, for the given location, orienting the plan at 22.5° reduced the shading requirement on either of the facades. 4 floors were stacked on each other, forming a tube. These modules were then staggered at 22.5° either way and at 45° overall, mutually shading each other, and as a result, creating ‘new-ground’ or breakout spaces as shown in dig below. Various iterations of interlocking these modules were explored in order to determine the most robust morphology for the complex with the given parameters of mirroring and rotation. This not only resulted in interesting options for forms, but also created a network of shaded courtyards and terraces. This form became a part of the catalogue and can be used in future expansion of the development, imparting a uniform, yet a dynamic character to all the blocks.

The individual facade was then looked at as per various disciplines, and a parametric approach was adopted. Parameters for integration with structure, energy efficiency, user experience (shading and glare control) and aesthetics were considered. The output resultant was a combination of studies conducted to create an optimised facade for each orientation.

Please tell us briefly about automation in facades and fenestration?

Automation should be a solution for user experience and needs, instead, it is currently being used as a solution to respond to certain external factors and conditions only. Apart from the generic sensors and electrical controls, the intent is to try and design our facade as per user experience. The important aspect to be considered in automation is to first inform the user about any abnormal conditions and then give them the flexibility to choose to respond. This is a subject of ongoing research and shall evolve until the objectives of the user interface with these technologies are fully resolved.

What are Interactive facades and what are their benefits and limitations?

The interactive facade would lie in the domain of responsive buildings and facades and are achieved through robust envelope design. One such example is a Convention Center building designed for ITC in Kolkata. Building envelope for this centre was designed in the form of a stone Jaali which not only helped in shading, but also was a key component in imparting a unique identity deeply rooted in Bengali culture.

The Jaali was designed as a crossword puzzle in Bengali script to engage people, encouraging them to stop and creating a pause space around it. The design of this crossword was inspired by the works of Rabindranath Tagore since he is an indispensable part of the Bengali psyche. This analogue interactive screen not only enhances the building-user relationship, but also creates a space around the building for social engagement. The remaining buildings on the same campus also exhibit features that have distinctive analogue interactive facades, deriving inspiration from context. This project was designed as an urban art frontage provided on the east-west elevations. The fabrication approach was to design a system-based aesthetic solution.

This bespoke facade design was achieved by introducing modularity in sizing stone and fabrication systems. 75mm stone panels were CNC carved into unitised facade panels. Aspects of sustainability were hence achieved as the eastward facades were made solid thus reducing U-Value and an otherwise blank facade became a way to interact with people and respond to the context.

What are the important Tools for creating future facades?

The primary function of the facade is to protect and interact. Protection is from external environmental factors of noise, air quality, thermal comfort, and interaction. It refers to the relationship with the outside for view and daylight with the user. Energy efficiency and user experience are the two important factors which all future facade technologies will need to address. High-rise residential development is a new upcoming typology and the facade design plays given conditions, and the facade design plays a significant role. Residential typology witnesses 24X7 occupancy all year round. Thus, the facade needs to be more adaptive to the external environment and internal user. The integration of automation systems with the facade will further inform the user about the external factors for interaction with outside environments.

A similar challenge was addressed in a 200-meter-tall and 47 stories high ultra-luxury high rise apartment for the Trump towers. The Challenge was to bring Bungalow living to a high rise format, tackling the issues of high wind velocities at those heights, structural sway due to wind pressure and at the same time provide a feeling of safety for occupants of all age groups while standing on a balcony 150 meter up in the sky. Therefore, the design of this facade was conceptualised with high performance unitized glazing with the provision of automation on external facade elements to inform the user of external environmental conditions based on which facade doors and windows may be operated.

Breaking Away from the Typical Glass Facades

Fig 1: IT Building in Hyderabad breaking away from typical glass and metal building. Unitized system for entire façade cladding including brick, glass and fin

An exemplary way to utilise the innovations in fabrication systems were explored by Morphogenesis in an IT project in Hyderabad where the unitized system was explored for cladding brick, in combination with glass and fins for shading. Along with aesthetic and identity, energy efficiency was a key criterion while envisioning the entire facade. There was a considerable reduction in Window Wall Ratio (WWR) by keeping it less than 30%. Brick, in general, is not associated as a material for IT Buildings, as it is a time-consuming process to clad it within a given time frame. This challenge was met by unitizing the entire facade along with brick, glass and fin cladding. Brick not only created a unique and a strong identity for this IT building, but also acted as an insulation material, helping us achieve a U-Value of less than 0.3W/m2K. 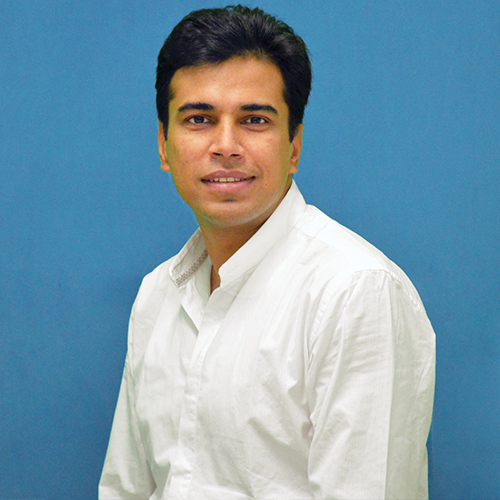 Architect Nitin Bansal is the Director - Projects at Morphogenesis, a home to some of the best and prominent architects all over India.