Latest Trends in Facade Materials in the Middle East

The usage of facade materials in buildings today is considered as one of the most crucial elements, not just in terms of visual aesthetics, but also in cases of fire where poorly performing systems lead to rapid fire spread and possible loss of human life. The last decade has seen massive improvements in façade designs to ensure that the buildings are not just safe in terms of fire performance, but also have a positive impact on a building’s energy consumption.

These changes fundamentally alter the behaviour of modern façades in fire and pose a risk to building safety and economic loss in the event of a fire. An incident happened a few years back at the Address Hotel Tower Dubai clearly depicted how vulnerable the modern façade may be to the fires, and showed how this vulnerability can lead to fire spreading over a large area within a very short time frame.

The Middle East, being a region where temperatures can soar to a blistering 50°C and above, authorities are continuously pressured with tightening the regulations on the type of facade materials that can be used in the façade system of buildings.

There are many critical aspects to the subject, as the combustibility of the materials, and continuous studies on façade systems have led to new solutions being garnered for implementation in the region. To combat these issues, the Middle Eastern countries have taken a number of different approaches, all with a common goal, to ensure that the façade system does not compromise the fire safety of a building.

Building systems nowadays does not consist of just fire rated cladding in order to ensure fire safety. Getting the core or insulation within  facade materials as fire rated is just getting half the cake right. Every building has various differences in terms of geometry, air flow, shape and even thermal performance. In order to ensure an effective system is in place, there is a growing trend with the use of fire barriers.

Fire barriers are insulation systems which compartmentalize a building into different areas, minimizing the risk of a fire spread. Such barriers are used around openings of a building and between floors in order to prevent chances of fire spreading behind the façade. Using these barriers has recently become a norm in the Middle Eastern countries and compulsory to the point where local Civil Defence authorities conduct the installation inspections at every stage of a construction milestone.

Another type of cladding commonly used for industrial and commercial scale projects is insulated sandwich panels, comprising a core of various thicknesses with metal facings on both sides. These are considered very easy to install and save a lot of time when compared to a traditional rain screen or block wall system. While these may be easy to install, the type of core being used always causes a debate due to massive differences in performance.

While foam-based cores such as PU (Polyurethane) and PIR (Polyisocyanurate) are often considered by contractors for their lower cost benefits, they hugely compromise on a building’s fire performance due to the high flammability of foam. Due to this, the Middle Eastern market has started seeing a shifting trend towards “Mineral Wool Cores” in sandwich panels, which despite the slightly higher cost, provide insulation for which it is virtually impossible to catch fire.

Lastly, Aluminium Composite Panels or commonly known as ACP, have been the hot topic of fire rated façade discussion due to the fact that it has been the major cause of fire in nearly every major fire outbreak in façade-related fires in the Middle East.

The Middle Eastern contractors often sought out ACP cladding with PE (Polyethylene) cores, which were very slightly priced lower than A2 based Mineral Core ACPs. Due to tightening regulations and mandatory government compulsions, the property owners are now inclined towards using ACP A2 cladding for their buildings. Moreover, the usage of A2 based cladding in the Middle East ensures that clients get much better insurance premiums, which significantly bring down the costs of maintaining their assets.

As a fire safety company with utmost specialization in various firefighting systems, NAFFCO Dubai saw it as necessary to introduce façade systems which met the values of the company and also ensured that we provide the best solutions to protect life, property and the environment. Therefore, we have introduced our own brand of fire rated sandwich panels and ACP façade that are completely manufactured and fabricated within our UAE facility.

We have done as such in order to ensure to our clients that the complete quality aspect of every single facade materials component is controlled by our strict QC procedures. Different types of façade panels are being researched on and now available in the market, but recent catastrophic events have forewarned the industry to take time in understanding the behaviour of modern façade systems used in a structure, especially with regards to the various factors that affect fire behaviour. 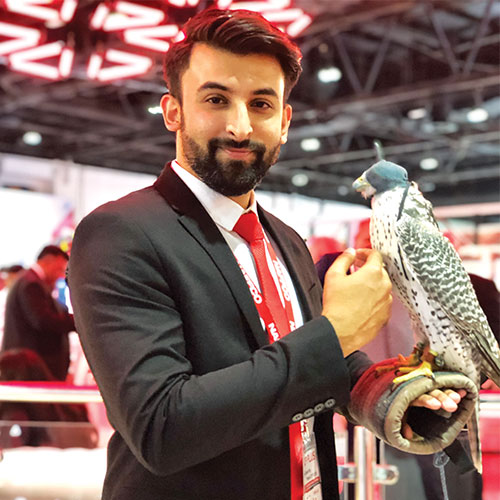 Asad Ahmed Khan holds a Bachelor’s degree in Supply Chain Management and an MBA in Project Management. He is currently working with NAFFCO Dubai for over the last 4 years and within the façade industry for over 3 years. He has a significant experience and understanding in façade material properties and installation of façades. He is pursuing further façade certifications to enhance his qualifications and credibility with regards to various types of façade materials.