The Renson Fixscreen sunprotection has celebrated its 15th anniversary on 15th January at the Polyclose exhibition in Ghent, together with all the partners and ambassadors who contributed to the success. As the first sun screen of its kind in which the screen is zipped closed using two side channels as it is lowered, the wind resistance (in every position) of this type of external solar shading rose rapidly in one fell swoop.

Flapping and torn screen fabrics became a thing of the past, long live tight tension! An added advantage was the fact that, with the screen down, insects no longer had any chance of getting inside windows that were left open at night to provide ventilation. It was logical then that this was the most efficient way to prevent overheating indoors. But the higher wind resistance of the screens meant they had a much longer lifespan.

Renson is now also launching the Fixscreen Minimal as the next step in the – already – rich Fixscreen history, good for at least another 15 years of market leadership! Since then, windows are only getting larger, and the importance of dynamic sun protection like this is only increasing: in winter and in-between seasons, you can make optimum use of the free heat from the sun. And keeping the screens down during summer helps you prevent your home from heating up too much. Moreover, the view outside – even with the screens down – is always retained, which was seen as a significant asset.

With the arrival of the Fixscreen Minimal (available in Europe as from April 2020 on), Renson will be taking another big step in the further development of its renowned sunprotection screen, in search of the limits in terms of minimalist design. For curtain walls and post-installation on existing ‘minimal windows’, there will now be an extremely suitable, sustainable, and high-quality solution. So, let’s look forward to another 15 years of the Fixscreen sunprotection screens. 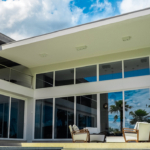 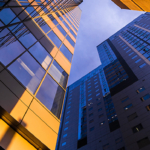 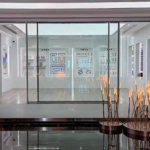 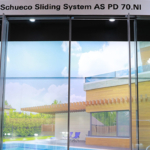 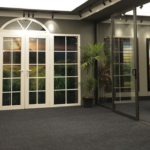 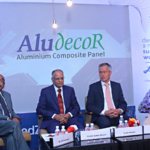 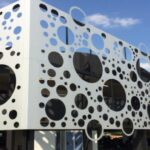 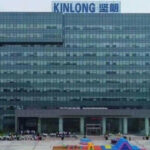