In the current urban environment, the dazzling tall building with unconventional facade design is becoming increasingly trendy, with the increasing use of lightweight materials to build attractive seamless looking facades. However, the design of such façades has also become increasingly more susceptible to extreme wind events and has become a hot topic among façade engineers. Wind design codes are not able to cater for these complex façade systems and there are real risks of misuse of the codes for such façades, which can potentially lead to cladding failures with consequent risk to the public.

Wind Codes are designed for simple rectangular prism forms or an amalgamation of a group of simple extruded rectangles. Any significant departure from this becomes problematic from the point of view of codification. The codes also do not provide any guidance with regards to wind actions on double skin façades or sunshade elements, which are becoming increasingly important design elements in the Middle East from a sustainability aspect, given the trend towards lightweight construction.

Properly executed wind tunnel model studies are currently the only way to accurately determine the design wind actions on these complex façades. Very often conventional methods of wind tunnel model studies are not adequate in modelling the wind actions on some of the more complex façades. A case in point is the ventilated double skin façade for Rosewood Towers, in Lusail, Doha.

From a commercial aspect, the use of wind codes for even a simple rectangular prism form can lead to significant cost inefficiencies in comparison to a properly conducted wind tunnel study of buildings that feature a lightweight façade system that is taller than 15 floors. More information on this aspect is presented in the case study for Empire Tower, Abu Dhabi.

In some cases, the use of codes is not only inefficient from a project cost point of view but also risky. For example, codes do not cater to openings through the middle of a building as in the case of the Gate Towers in New Al Alamein. Designing to the codes would have resulted in a significant underestimation of the loads on the façade cladding around the openings and in some of the lower parts of the tower.

Rosewood Hotel & Residences is the newest addition to the ambitious Lusail City Marina District skyline. The design concept for the development is based on the underwater forms, specifically the local coral formations. The development comprises two main towers reaching up the height of 37 and 40 floors and a 3-level high podium. Both towers stand on a rectangular base, turned perpendicular to each other, allowing for the maximum exposure to the water and marina views. The curvilinear cladding of the podium compliments the offset mesh façade (GRP mesh) of the towers giving an impression of two corals. The design is shown in Figure 1.

The GRP mesh is mounted on to the main façade with a small gap in between to form a double skin façade system. The wind pressures on the mesh façade will be transferred to the mounting system. Therefore, it is important to understand the wind pressures not only perpendicular to the façade but also the component of wind forces acting vertically and tangentially on the GRP mesh.

Whilst some wind standards might provide a level of guidance on the pressure drop across a porous mesh in the free stream, they do not provide any guidance as to how to assess the different components of peal local velocity pressures that generate the peak loads acting on the irregular offset GRP mesh that forms the outer skin of this double skin façade system. Wind tunnel testing is the only reliable way to determine the net pressures on both the inner and outer skins of this façade.

The wind tunnel test was carried out by WINDTECH Consultants and Figure 2A and B shows the wind tunnel model set up. The net pressures acting on the main building façade were determined from the measured external pressures, accounting for the internal pressures assuming the façade will remain closed with equal façade permeability for the duration of the design wind event.

Empire Tower, one of United Arab Emirate’s iconic high-rise buildings, is a 240m high residential tower located on Al Reem Island in Abu Dhabi. The unusual design of this 60 story tower involved maximising its presence on the street with vertical layers spreading to the property boundaries. The tower then bends back away from the street, allowing for an enlarged view corridor between the central park of the community and the sea. This design results in an inclined façade curving in towards the building, creating a dramatic form (Figure 3A and B).

Given its unique design, a codified approach to resolve the wind pressures on the development was not a viable approach as it would have to make various conservative assumptions with regards to the effect of the stepped plan form, potentially resulting in over engineering. Wind tunnel testing, carried out by Sydney-based WINDTECH Consultants, therefore, was an important element in understanding the distribution of the peak design wind pressures on the façade of this irregular-shaped building. The complexity of the building’s geometry, coupled with the size of the tower structure, meant that significant cost benefits can also be realised by means of wind tunnel testing.

Figure 4A, B & C: WINDTECH Consultants employ state of the art techniques to eliminate sources of errors in the wind tunnel testing

In comparison with the estimated wind pressures obtained from local/international wind loading standards, wind pressures from the testing are significantly lower across most of the façade. During the early stages of the design process, the lower wind pressures eliminated the “over-design” of the façade, thereby producing a more economical and risk-consistent building. The façade package was retendered by the façade consultant, ALT Cladding, after the issuance of Windtech’s wind tunnel study report. As a result, the tenders came back 12% lower than the original costs.

Figure 5A&B: The towers feature curved façades with large openings through the middle of each of the two towers

In most scenarios, the wind pressures obtained via wind tunnel testing are often lower than the code prediction and therefore help the client to achieve significant cost saving on the façade materials. However, most of, if not all, standards have limitations predicting complex flow phenomenon such as funnelling in openings through the building. The wind pressures in some localised areas affected by complex flow phenomena could be underestimated by codes, increasing the risk of wind-induced façade failure. Wind tunnel testing is capable of accounting for these complex wind mechanisms, helping the façade engineer to ensure that their design is resilient to extreme wind events. The Gate Towers in New Al Alamein is a good example to demonstrate how a code approach fails to capture localised high pressures because of the inability to account for funnelling effects created by the building itself.

The Gate Towers is a high-end hotel and residential development consisting of two 44-storey towers sitting on two podiums split by a road that leads straight to the shore. The towers feature curved façades with large openings through the middle of each of the two towers (Figure 5A and B). The code had substantially overestimated the peak net pressures, especially for the upper part of the building.

The code results suggest that the peak positive pressures for the upper tower would reach 3.0kPa, while the wind tunnel results show that most of the façade experiences peak positive pressures of 1.5kPa – 2.0kPa. However, the code significantly underestimated the peak negative pressures at the edge of the opening, the pressures caused by the funnelled winds through the opening. The code result was almost 2.0kPa lower than the wind tunnel results in these hotspots, a difference could easily result in the failure of the façade in strong wind events.

The figures below (Figure 6) highlight in red the areas that would have been underestimated if the design was based on the code calculation. 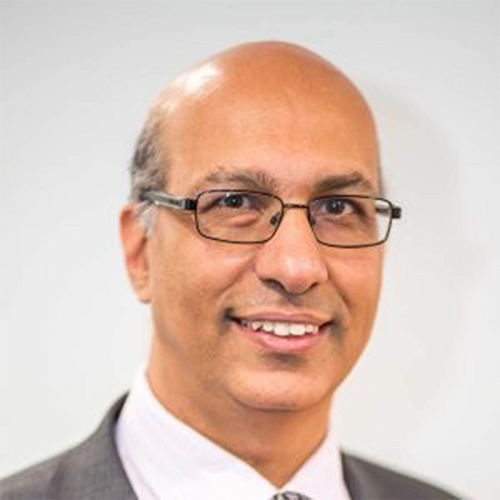 Tony Rofail has 33 years’ combined experience as both researcher and consultant in wind engineering, including 30 years with Windtech Consultants, an international wind engineering consulting firm established in Sydney in 1991 and currently having global office locations, with wind studies currently underway for projects in every continent. Tony has undertaken and supervised over 2500 wind tunnel investigations for various Masterplans, high-rise buildings, large roof and stadium building projects throughout the world, including all key markets in the Middle East and North Africa: United Arab Emirates, Kuwait, Bahrain, Qatar, Saudi Arabia, Jordan, Lebanon, Iraq, Egypt and Libya. These include numerous landmark developments. Tony’s post-graduate research at the University of Sydney was on the subject of reliability of wind tunnel results for façade cladding pressures. Prior to this Tony’s research included a study of the effect of surrounding buildings on the interference excitation response of tall buildings. He is a key member of the committee responsible for the update of the Australia and New Zealand standards for wind actions on structures.