Home > Interview > The Impact & Contribution of the Façades to Carbon Neural Buildings will Drive the Design, Fabrication & Installation of Cladding Material

The Impact & Contribution of the Façades to Carbon Neural Buildings will Drive the Design, Fabrication & Installation of Cladding Material

What are the important tools for creating future façades?

We are in a time now where climate action is the key agenda in the Built Environment and COP26, no doubt raised many questions that are to be answered if we are to safeguard our world for future generations to come. Key to many of the actions in the built environment especially as it relates to buildings is energy generation and consumption. The impact and contribution of the façades to carbon neural buildings will drive the design, fabrication, and installation of cladding elements going forward. The ability to be able to demonstrate the embodied energy within the façade against benchmarked designs will be a major driver in creating the façades of the future.

What are the future opportunities for smart façades, adaptive façades & integrated façades? 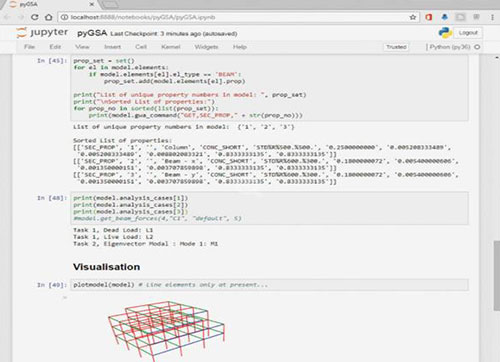 The façade of a building functions as the skin does; i.e., it is expected to regulate the building temperature and protect it at the same time. The demands placed on the façades have moved the needle as the building envelope is now expected to contribute to clean energy generation, reducing the demand on the traditional power sources. With a decrease in costs and improvements in efficiency, energy harvesting elements such as Building Integrated Photovoltaics as well as dynamic adaptive façades are future opportunities to look out for.

Other future opportunities that already exist in other areas of construction but are not widely applied to façades may also change the game. Opportunities such as sensor monitoring of component degradation such as gaskets, etc. as well as thermal imaging cameras mounted on façades to monitor real-time performance may witness an emergence.

What are the current advancements in façade & cladding technologies and materials?

The façade industry like many other industries continues to evolve daily. Dynamic glazing that switches from clear to tinted providing thermal control is increasingly gaining traction; improvements in the components within the cavity of double glazing ensuring longer design life are also being touted presently. I am however of a different school with regards to façade advancements; I believe that improving thermal performance along with the design life of components is a conversation that needs to be revisited. Take windows, for example, the amount of air that passes through the framing joints and seals can be improved.

The chemical composition of seals can be reviewed to ensure that they do not degrade as quickly as they do presently thereby reducing the frequency of replacement but they also need to perform better; reducing the air leakage of these windows. Framing joints also contribute to air leakage of windows and doors and the use of 3D printing can eliminate these joints and in turn reduce air leakage.

Please brief about automation in façades and fenestration? What are the benefits?

The use of automation to reduce manual errors is growing in the façade industry however, automation in massing consideration, orientation in relation to the environment and climate now need to become much more widely used.

This process will analyze various configurations and provide the design team with the information required to optimize building designs. Other benefits of adopting automation are optimized operational and production costs, improved quality, and reduction in the environmental footprint during fabrication/ production.

What are interactive façades, their benefits, and their limitations?

The interaction of the building and its user/ observer has always been a keen driver in the design of a façade. The streetscape and the ‘genius loci of a place can be protected or enhanced by interactive façades. With technological advances, façades are being used to interact with users and observers through imaging, live gaming, advertisements, etc. Interactive façades are also being used to tell the story of a city or a street with 3D visual effects.

These visuals could also be used as energy savers; responding to the external environment via sensors or pre-programmed effects. The idea that the user or observer can activate an interactive façade via sensors attached to the cladding also creates a personal interaction that changes how we experience buildings, especially at the street level. Interactive façades also add aesthetic and commercial value to a building. In times past, repetitive lighting effects formed the interaction between the building and the user however technology such as dynamic glass, 3D imagery, etc. have changed this.

While interactive façades can bring the building closer to the user/observer, a huge amount of light is usually produced creating light scattering and pollution which are usually undesirable. From a health and safety perspective, some interactive façades are harmful as they may contain strobe lights that strain the eye creating blurry vision, fatigue, and in some cases neurological problems.

What are energy harvesting façades? How do you see their future?

With depleting resources and the impact of fossil fuels, global warming has rapidly become a key item on the world stage. Renewable energy and the focus on a sustainable way of living have shone the light on the need for the building façade to ‘pull its own weight’ by supporting bulky technologies such as windmills etc. in harnessing energy. Energy harvesting refers to the process of capturing and converting energy from natural elements such as the sun and wind or other elements within the surroundings to electricity. Using the surface area of the façade wind energy via vibration of certain façade elements can be trapped and converted to electricity; heat generated by the sun can be captured by Building Integrated Photovoltaics (BIPV) and converted to electricity.

More recently, technology that collects a small amount of energy from radiating sources and is used to power portable devices is coming into the market. In the future, these technologies could be designed as part of the building envelope and for trap sound from mechanical engines, human sound, and possibly dispersed light and convert these to electricity that the building can use.

What are the key characteristics of a high-performance façade?

A high-performing façade must firstly perform the improved function of controlling the amount of heat or cold air penetrating into the building and it must resist the migration of moisture into the controlled environment for the duration of its design life. The added functionality will include sustainability safety, durability, energy harvesting, etc.

What features do you see or want to see in the future façade?

I would like to see more green/living walls on the façade especially at the podium and ground floor level. These living walls perform a variety of functions such as limiting heat emission from the building walls to dust/sand trapping as well as performing as acoustic barriers.

What façade material is your favorite and why?

At this time, my favorite façade materials are those that can be easily and cost-effectively recycled for reuse on the building. Our focus on materials now has to stay firmly on cradle to cradle in order to safeguard the depletion of resources and reduce the demand for fossil fuels.

Reduction in waste is key to achieving global sustainability objectives and research needs to rev up to look into materials that presently end up in landfills to see what can be done to reuse them.

What is meant by a sustainable and efficient fenestration?

A sustainable and energy-efficient fenestration is a fenestration with very low carbon footprints and performs as well, if not better than other elements of the building envelope. Key characteristics should be the responsible consumption of materials in the fabrication of the fenestration, having a similar design life to the building, contribution towards energy generation for the building and should be fully recyclable. 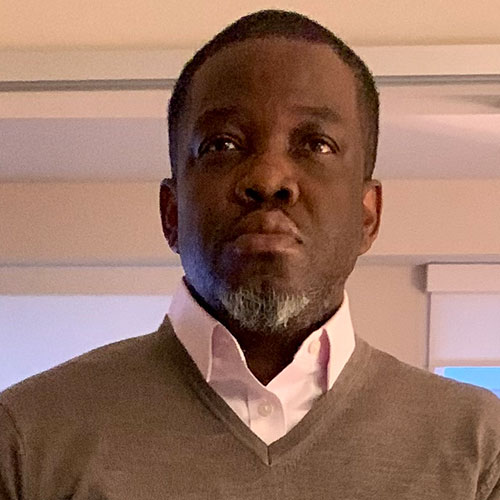 Lanre Lawale has studied Architecture as his first degree and then obtained an M.Sc in Façade Engineering. he has over 20 years of experience in the design and construction industry, of which 19 years have been spent in the façade engineering field. 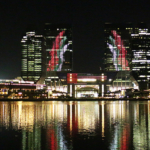 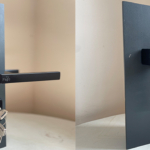 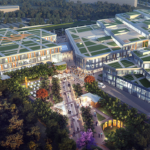 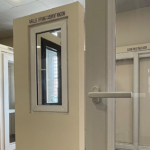 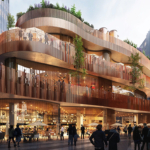 Benoy is well known across the region for its... 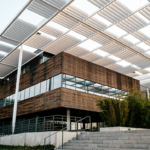 “We will see more smart cladding systems and technologies

What are the major trends in exterior wall cl... 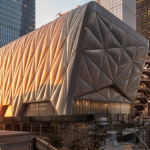 “ETFE Foil Truly Can Shape-Shift & Cater to Every Fut

An exclusive interview with Phil Schneider He...