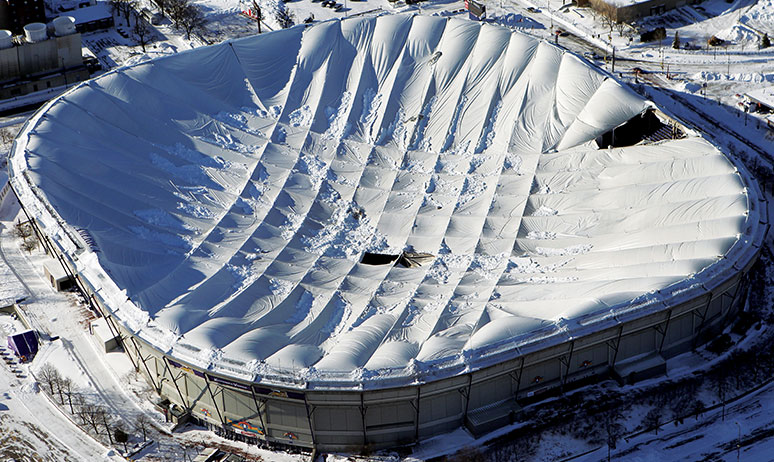 Façade audit or forensics is an emerging specialised service that does a diagnosis of the façade design at a micro level. The purpose of this service is to identify the weak links in the façade design and implementation before a disaster can destroy the building envelope and endanger lives of occupants and also people near the building.

Façade is a dynamic industry where there is continuous learning and innovation. Due to this dynamism, there is a fair amount of experimentation that happens at most project sites. Sometimes things do not work out due to the lack of past data or experience on the performance of the façade. Unlike concrete, where there are volumes and volumes of books and references, façade is a neglected field when it comes to documented knowledge and technical approach as virtually every building has a unique bespoke façade. The information and learning remain with the people on the project and so it remains with the very few.

Having said the above, only the experts understand the micro details of doing a very good façade design and execution. However, the reality is contrary due to this fast expanding industry which entrusts important decision making in hands of people who are not fully experienced yet.

The reasons for failure of a façade are many and a few are discussed here to understand the importance of taking corrective measures at the right time.

A building façade is a reflection of the identity of the developers and the architects, who have conceived the project and give it its existence. If a façade fails, it not only leads to huge loss and material waste but it harms the prestige of its creators.

What does façade audit mean to the customer and when should it be conducted?

Audit can be conducted at various stages. When the concept and design have been frozen, an audit of the budgeted cost and the detailed design will bring to surface the actual cost of the project by breaking up every component and activity into a cost structure along with design review.

Once subcontractors have been appointed and have produced design drawings, calculations and thermal models, a full technical design audit will be completed by the façade audit team of the contractor’s designs. The audit consultant will undertake drawing specific reviews, checking to help see that the relative designs conform to the specification and the client’s requirements and that the design will meet all the technical, lifetime and performance requirements of the project. At this stage, it is not only the façade design that gets reviewed but also the suitability and adaptability of the substructure gets reviewed. This will be a very handy tool in hands of decision makers when they invite quotes and also in understanding the intricate details of the façade to take an informed decision. Quite often decision makers are not clear of the minute details in a façade as it is an extremely complex tailor made solution and thus squeezing the cost to fit the budget leads to quality compromise that goes unchecked till the day disaster strikes. Audit of design and cost at pre-finalisation will help alter the design in a manner that will not compromise with the safety and integrity of the design as well as offer a correction to the budgeted cost.

Second stage of audit is when the work is in progress. The materials being used by the façade contractor are checked in conformity with the tender and the design codes mentioned in it. Any deviation has to be immediately debated and corrective action should be taken accordingly. Further the installation and fabrication methodology are checked from factory to installation at site and any faults that may lead to long-term quality compromise is resolved.

Third stage of audit is at the time of completion of the project to ensure that the work has been completed in conformity of the methods agreed previously and if any corrections are needed than they are advised.

The fourth stage is post completion when building is fully functional and perhaps a few years into service and problems start to surface like in Figure 1. This type of problem occurs mainly in building that did not have the systematic audit conducted as explained above. That is the time forensics comes into picture to identify the root cause of the façade failure and provide solution to rectify the defects.

Façade failures are not just limited to collapse, crack, excessive water or air infiltration. Building façades that do not comply with project specifications, governing building codes, or industry standards have also failed. Even façades that do not meet aesthetic standards or the desired appearance may also be considered to have failed to the owner or architect. Considering the complexity of contemporary façade systems, understanding why they fail to perform as expected is seldom an easy task. Failures can originate from a wide variety of influences, such as accumulated differential thermal or moisture expansion, inadequate wall cavity drainage or material incompatibility as in Figure 2. Complicated internal leak control systems or intricate connection or support mechanism further increase the probability of façade failures. Special diagnostic techniques and tools are needed to properly identify façade failures to enable effective remedies.

When the envelope fails, it is important to have an understanding of how the system works so you can consider what could have gone wrong as in Figure 3. A basic knowledge of components and properties can help you lay the necessary groundwork and map the crime scene.

From a building enclosure perspective, there are six key performance points to consider, and each of those leads to specific failure paths.

The first function of the envelope is to keep water out, whether that’s wind-driven rain or general moisture. Water can cause mold growth on insulation and corrode structural element. The most important failure in façade is water penetration which can be related to poor execution as well as poor maintenance. There are thousands of places where sealants and gaskets try and stop water penetration and the likelihood that all are performing perfectly is low as seen in Figure 4.

The flow of conditioned air out of the building or the outside air through the envelope can lead to excessive heat loss and high energy bills. There is also potential for condensation if humidified interior air goes out or you are pulling humid outdoor air inside, additionally, air leakage can cause pressure differences and wind drives the rain to be sucked inside.

Although a little harder to understand, this property is as important as the others, because it also presents the possibility of condensation as in Figure 5.

Imagine two rooms side by side that have different humidity levels, unless there is a vapour barrier between them, the two humidity levels will seek to equalise, and the interior wall cavity will suffer.

The insulation layer acts as the thermal barrier. Its aim is to prevent excessive exchange of heat from one environment to another. If insulation is damaged or missing, it can lead to occupant discomfort, draftiness and temperature difference.

This term refers to outside factors like wind loading and also entail the thermal expansion and contraction of certain building materials, such as masonry or concrete.

Safety of design from risk of failure of building during fire is often the most neglected aspect of a façade design. There are numerable incidents of fire which have destroyed building within minutes of the fire because of wrong choice of material and wrong implementation of design. Fire safety is a vast topic and cannot be covered in a short article but a small case study below will explain the nature of fire spread in a building when the design has gone wrong.