Home > Facade > Facade Engineering : The Rise of the Outsiders

Facade Engineering : The Rise of the Outsiders

The discipline of facade engineering is still relatively new, having started out with the widespread uptake of curtain wall construction in the U.S. in the 1970s. As an engineer, my job is to ensure the façade does its job structurally and provides protection and comfort to occupants, while bringing to life the architect’s design intent.

In this article, I will look at some of the principal activities of facade engineers and show how we take our inspiration from others. I will also take a short peek at what might be down the line, especially with respect to digital technologies.

The first point to note about a building’s façade is that it is constantly moving. It has to move to be able to do its job, because there is a lot of movement in the building it surrounds. Structural, wind, seismic or thermal forces will cause buildings to move and to give you an idea of the scale, one super tall building I recently worked on in Hong Kong recorded movement of 3 metres at its top.

For some super tall developments under construction, we are expecting lateral movement of over 10 metres! How do you engineer a façade to accommodate that? Well, we took our inspiration from the design of footbridges. Under any footbridge there are four bearing pads, one is fixed, one is able to slide in one direction, another can slide in the opposite direction, and one is capable of all movements.

For façades, we applied the same principles. A good way to think of the movement is to consider a train moving round a bend. Facade sections are always stiff, because they are typically made from glass or concrete, but with flexible joints in between we can create exteriors capable of moving with the buildings they surround.

For engineers, one of the most difficult elements to deal with is water. But one thing we do know is you have got to let it flow. Artificial efforts to force water to stop flowing almost always end badly. So, when it comes to facade engineering, we want to prevent the water entering our building, but we also want to let it flow.

In any building façade, there will be two lines of defence. The first is to stop the majority (say 90%) of the water reaching the building. Then we use our second line of façade defence to drain the water out. This provides a perfect solution. The principle of allowing water to flow can be seen in many other areas of engineering, for example infrastructure. Developments must be able to resist water, but equally and importantly, they must provide somewhere for the water to flow.

The issue of fire in facade engineering is one of the most important aspects of our job. Façades can provide a perfect path for the spread of fire, with the air gap between the first and second elements in their design. So, we need to ensure that we have a proper fire design with the correct use of fire stops.

One of the weakest points in the design is the gap between the floor slab and the curtain wall, so we put a firestop on top of the insulation to prevent the smoke and flames from travelling from floor to floor. For this design practice, which is now used in almost all developments, we have shared the same firestop methodology from our friends in MEP engineering (the pipe penetration between a fire separation wall).

We are still in the early days of facade engineering, so it is exciting to think what the future holds. Already we can see the importance of client experience in guiding how the industry will develop, especially if we look at what our peers in the world of architecture are doing.

As façades become more complex and important to a building’s design, we will increasingly need to be better at showing our clients what it will look like. For this, we are already building prototypes and models, but as we progress, we will use more VR, AutoCAD and 3D printing. With customer experience becoming such an important part of modern-day engineering, designing façades of the future will be about more than just putting on an attractive face. 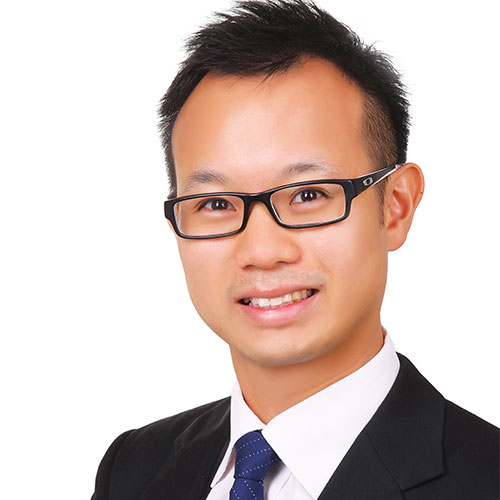 Douglas Sum is an Associate, Façade Service Group Leader at Aurecon. Having worked in the Middle East for over 11 years, he is one of the region’s most experienced façade engineers. With over 16 years of global engineering consultancy and contractor experience, Sum played major roles in a variety of world-class projects such as Hong Kong Disneyland, Macau City of Dreams, Dubai Metro, Burj Khalifa and The Tower at Dubai Creek.