The terms “combustible”, “non-combustible” and “limited-combustibility” are frequently referenced as part of the debate surrounding Building Regulations in relation to fire safety in large parts of the world. These classifications, achieved largely through bench scale tests of small product samples under the National and/or European Classes, are designed to provide clarity to specifiers and installers. In practice, they often lead to misplaced assumptions, perhaps the most common of which being that all materials classified as “combustible” have similar reaction to fire safety & performance.

The 2017 UK Government testing programme for cladding systems clearly highlighted the flaw in this logic. The fire safety tests, in combination with further research, carried out since, revealed that the impact of polyethylene (PE) cored aluminium composite material panels (ACMs) have on fire spread is several orders of magnitude greater than that of commonly used “combustible” insulation, such as phenolic. They also showed that in tests of complete cladding systems, those featuring combustible materials can perform just as well as those using non-combustible / limited combustibility materials in case of fire safety.

To better understand the reasons for this, it is useful to first look at how one of the so-called “combustible” materials featured in the tests – phenolic insulation – performs when exposed to fire.

When exposed to heat, phenolic insulation undergoes a process called pyrolysis (thermal decomposition). This results in two products: hot combustible gases (pyrolysis gasses) and a black char which forms on the surface of the material. It is important to note that pyrolysis is an endothermic reaction, meaning it absorbs heat. In figure 1, you can see a sample of phenolic insulation being exposed to a blow torch flame.

In the first half-minute of exposure, additional flames become visible (over and above those from the blow torch). The additional flaming dies down after the first 30 seconds of exposure as a black char forms. This char protects the insulation beneath it from the flame. This shows that materials classed as “combustible” will not necessarily burn or combust in all eventualities. So, “combustible” does not automatically mean “flammable”. “Flammability” is scenario-specific whereas “combustibility” is an intrinsic property based solely on a material’s calorific content.

Looking At The Full System

In practice, what matters is not how each individual product is labeled or classified. For example, even when the insulation and cladding materials in an external façade system are classed as Euroclass A1 (“non-combustible” ) or Euroclass A2 (of “limited combustibility”), there will still be a surprising amount of combustible material within the overall construction, such as thermal breaks, sealants, vapour barriers and tapes. It is the interaction between the different components, their spatial arrangement, and how they are installed that will ultimately determine how a façade system behaves when exposed to fire.

Therefore, whilst the individual product tests used within the European and National Classes to determine the reaction to fire performance can provide a useful baseline measure, they have severe limitations when assessing the performance of a complete system, such as a rainscreen façade. These limitations have been highlighted by recent testing which has shown that even when both the cladding and the insulation are of ‘limited combustibility’, they can fail a large-scale test as part of a system. This is why it is so important to test the whole wall assembly to ensure that it will achieve the desired performance.

Kingspan Insulation commissioned testing of constructions which matched those for the UK Government post-Grenfell building safety programme. The tests were carried out to ISO 13785: 1 – an intermediate scale reaction to fire test for façade systems. As with BS 8414 (the large-scale test used within the Government programme), it is designed to simulate a fire beginning in a building, breaking out through the window and impinging on the façade.

The ISO 13785: 1 test comprises a 2.4 m tall wall with a corner as shown in Figure 2. It is, essentially, one-third of the size of the BS 8414 test with a lower fire load to compensate for the smaller scale. During the test, a gas burner at the base of the wall is ignited and allowed to burn at 100 kW for a period of 30 minutes or until the top of the specimen is flaming extensively.

Performance Of A System

The first set of tests featured phenolic and rock mineral fibre insulation with A2 classed solid core and FR (Fire Resistant) cored ACMs. The construction comprising rock mineral fibre insulation and the A2 solid cored ACM is the only system which is allowed following the ban on combustible façade materials in England. The systems, however, performed very similarly throughout the test duration. Despite all other constructions containing elements that are classified as “combustible” fire spread was limited. There was some damage to the ACM cladding as it disintegrated in the tests, but the insulation materials did not propagate the fire.

Further testing was carried out with separate constructions comprising three insulation materials: polyisocyanurate (PIR), phenolic and rock mineral fibre insulation, with a PE cored ACM such as the type installed on Grenfell Tower. The PIR system shown comprises the insulation material and ACM panel that was used for 90% of the cladding on Grenfell Tower. The difference between the previous set of tests was clear. Figure 3 and 4 show the different rig configurations at 5 minutes test duration. Whilst configurations with A2 and FR core ACMs show only limited fire spread (even after 30 minutes), all of the PE cored ACM panels are burning. By 10 minutes, the PE cored ACMs had completely burnt away leaving the insulation material behind, which, in all three cases, had self-extinguished.

The tests clearly illustrate that the impact of using PE cored ACMs in these constructions was far more significant for fire development than the choice of insulation material. It provides a clear demonstration that the label of “combustible” is too imprecise and that systems that feature “combustible” materials can perform as well as those that do not. It also shows that buildings comprising ACMs with a PE core do not comply with building regulations in many countries across the world as they would never pass any applicable large-scale system test.

If we are to fundamentally improve fire safety, it is vital that we take a more comprehensive approach. It is important that buildings are designed and built as per the building regulations. An important part of this is clearer lines of responsibility, much more effective oversight, and serious consequences for non-compliance. It should always be remembered that the Grenfell enquiry has concluded that the cladding system used on Grenfell tower was not compliant with the English Building Regulations. 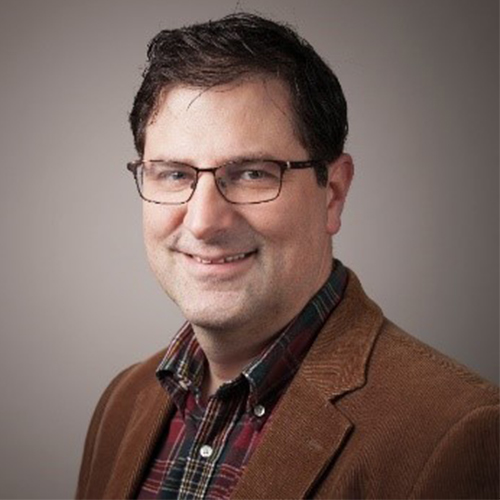 Roy Weghorst is Head of Regulatory Affairs at the Kingspan Group. He has extensive knowledge of the performance of construction products in relation to building fire safety and fire safety regulations. He is an active member in fire safety groups like the national passive fire protection associations in Belgium and the Netherlands, the European Passive Fire Protection Association (EAPFP) as well as in the European (CEN-TC127) and Global standardisation (ISO TC92) committees and is currently the Chair of CEN TC127- WG4 “Reaction to Fire”. Weghorst is actively supporting university programs like the International Master of Fire Safety Engineering (IMFSE) to increase knowledge of fire safety throughout the entire build environment. Building fire safety should be based on evidence and science. 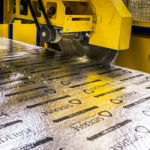