Flanking Sound Transmission between Adjacent Dwelling Units through the Façade

As the world’s population increases, multifamily dwellings must be constructed to accommodate higher densities. Due to the increasing world population, many people are living in multistory apartment buildings. Noise from adjacent neighbors can adversely affect the comfort of the residents. Accordingly, it is important to control noise transmission between dwelling units by specifying suitable constructions. Different countries have different regulations/ minimum code standards when it comes to sound insulation between multifamily dwellings. Walls and floors should be designed so that adequate airborne and impact sound insulation is provided. The major reasons for noise complaints in multifamily dwellings are due to lightweight building or façade structure, poor acoustical design, and poor quality of workmanship.

It is a good design practice to select wall systems that are reliable and easy to construct to reduce issues during construction. Achieving adequate sound insulation between dwelling does not just depend on the selection of the wall type but also the proper detailing and installation of the partition.

The focus of this article will be on airborne sound transmission and specifically on flanking sound transmission through the façade junction. Manufacturers and suppliers typically provide the sound insulation performance of their products as a laboratory Rw/STC value. It is important to understand the difference between a laboratory tested partition (Rw/STC value) and an on-site tested partition (DnT,w/ASTC value). When tested under controlled conditions in a laboratory, the partition is installed in an optimum way without typical flanking paths present. In reality, when a partition is installed on-site a reduction in acoustic performance can be expected due to flanking sound, penetrations (electrical outlets, mechanical services penetrations, etc.) and workmanship.

Flanking is a description of the sound that passes around a sound insulating wall or floor by indirect paths (rather than directly through an intervening partition), and it can drastically reduce the on-site level of the sound insulation. Examples of common flanking paths include:

It is not economical to select acoustically high performing partitions and later inadvertently short circuit their efficiency by having flanking sound transmission. Accordingly, it is important that different design disciplines are coordinated during the early stages of the design and pay close attention to proper detailing to avoid any retrofitting and noise complaints when the building is occupied. One of the common overlooked flanking sound transmission between adjacent dwellings is via the connection between the internal partition and the exterior façade.

Interior partitions separating different dwelling units will eventually meet an exterior wall. Ideally, the wall should join the exterior façade with solid construction so that the acoustical performance is maintained. However, we often see that this is not the case where the internal walls intersect at a façade mullion. The issue with such an interface is that the exterior mullions are constructed from thin, hollow, aluminum extrusions which have very little mass and are therefore a “weak” acoustic link. This is shown in Figure 1.

To reduce flanking sound transmission, the mullion should be covered with additional layers of plasterboard, FC sheet, or heavy metal. Figure 2 shows a typical detail for such a treatment. The number of plasterboard layers on each side of the mullion will depend on the Rw/STC requirement of the dividing wall. It is important that the glazing is not continuous across the wall line between spaces and that a break is provided. Another issue is when the internal partitions do not align with the façade mullions. This is not ideal from an acoustic point of view and additional measures to be provided to reduce flanking sound transmission. This has to be looked at on a case by case basis in coordination with a professional acoustical consultant.

After covering the façade mullion with additional layers of plasterboard and insulation, the airborne sound insulation increased from Dntw (C,Ctr)=40 (-2;-5) dB (without treating the mullion) to Dntw (C,Ctr)=51 (-2;-8) dB. If we look at Dnt,w +Ctr value (which the Dubai Green Building Regulations requirement is based on), we can see that the performance increased from 35 dB (40-5) to 43 dB (51-8). But what does this 8 dB improvement mean in terms of subjective perception? The subjective response for variation of sound pressure level has been investigated for a group of people and the results are summarised in the table below. Looking at Table 1 we can see that by only treating the façade mullion, the perceived loudness of the noise is almost halved.

People are becoming more and more demanding for acoustic privacy in their homes especially when a person is purchasing a permanent home rather than renting an apartment. To minimise annoying disturbances caused by noise transmission between dwelling units or between noise-sensitive areas, architects and designers must have a general knowledge of the principles of sound transmission and provide proper design to mitigate any noise issues. As seen from the test results discussed earlier, paying attention to a small detailing increased the acoustic privacy significantly.

We are living in times where designers must pay adequate attention to acoustical comfort. During the design stage, there are several options for controlling noise transmission and some options may be rejected due to the requirements of different disciplines. It is during this stage where other options can be discussed, designed, and implemented on-site. It should be noted that in addition to noise transmission between dwelling, attention shall be paid to intrusive noise (aircraft and road traffic, recreational noise, etc.), MEP noise and vibration, and impact noise which are other sources of noise complaints in multi-storey apartment buildings. An ounce of prevention is worth a pound of cure.

Correcting a noise problem after construction usually costs much more than preventing one. The real costs don’t only include the material cost for the retrofitting but also loss of reputation, public confidence, and the time required for coordinating and retrofitting (especially if the rooms are already occupied by tenants).

Terminology Used In This Article Can Be Found Below

Sound Reduction Index (R) And Spectrum Adaption Term Ctr: The sound reduction index (or transmission loss) of a building element is a measure of the loss of sound through the material, i.e. its attenuation properties. It is a property of the component, unlike the sound level difference which is affected by the common area between the rooms and the acoustic of the receiving room. The weighted sound reduction index, Rw, is a single figure description of the sound reduction index which is defined in BS EN ISO 717-1: 2013. The Rw is calculated from measurements in an acoustic laboratory. Sound insulation ratings derived from the site (which are invariably lower than the laboratory figures) are referred to as the R’w ratings.

Ctr is a spectrum adaption term to account for low frequency noise (Ctr).

Sound Transmission Class (STC): The sound transmission class is a widely used American rating for a building partition’s isolation value based on laboratory measurement. It is a single number rating calculated in accordance with Classification ASTM E413 using values of sound transmission loss. It provides an estimate of the performance of a partition in certain common sound insulation problems. 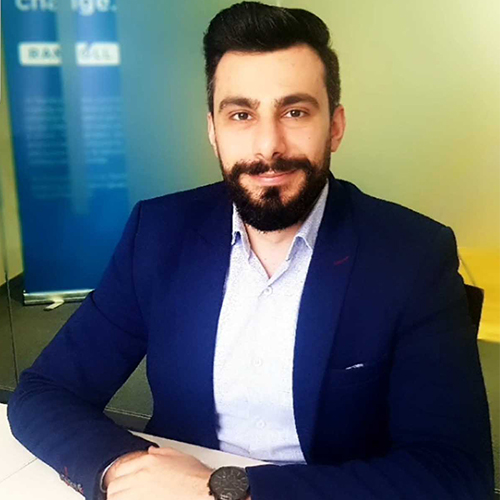 Harout Taghilian holds a Bachelor of Science in Physics and a Diploma in Acoustics and Noise Control. He started his career in Noise and Vibration Engineering in 2013 in Lebanon. In 2018, he moved to Dubai to work at Ramboll. After obtaining his Diploma with distinction and having more than five years of work experience, he was professionally registered with the British Engineering Council as an Incorporated Engineer through the Institute of Acoustics. Throughout his career, Harout worked on numerous projects in Lebanon and throughout the Middle East region providing solutions for different kinds of acoustic problems. His expertise covers a wide range of building acoustics and environmental noise control projects. Harout is currently working as a senior acoustic engineer at Ramboll Middle East, specialising in Noise and Vibration Control Engineering.