The face is the index of mind”, a widely used English proverb that means that the face replicates our thoughts, sentiments and emotions. In the field of architecture, it is the façade of a building that depicts the creativity, emotions, and thoughts of the architect, and reflects the character, function and value of the building. Nowadays, façades are designed using different types of materials. Glass, terracotta, HPL laminates, ACP and even plants, thereby promoting green façades. Façades protect buildings from external influences such as rain, wind, heat and radiation from the sun.

The sun has been a source of clean energy since early as the Egyptian civilisation, the technology and applications of using the sun have evolved to harnessing the sun from a façade. Consequently, the global installations of solar façade cladding – also known as BIPV (building-integrated photovoltaics) – is set to grow at an impressive rate of over 15 per cent until 2024. Now, pro-active architects are beginning to embrace the technology followed by other stakeholders like the users, government, property developers and policymakers that will propel the growth of this technology.

In this article, we explore further into the different types of impacts and aspects of technology like solar façade cladding or BIPV has on earth, mankind and economics.

India has witnessed solar integrated façade as early as 2008. However, the technology has not taken off as expected both in India and across the world. During the initial days of the technology, solar façades or BIPV often wore a black/blue appeal which has been one of the main concerns of the architects which led to the disinterest from the architects. Fortunately, the technology has evolved across these years to the extent that it can be manufactured in various colours and even textures much to the awe of architects. Although one of the key challenges that remain is to train the façade contractors and installers on the technology and installation procedures.

Solar façades are becoming attractive due to the growing awareness of architects and consultants largely to the flexibility in design, colours and textures. Unlike a normal façade, BIPV or solar façades offers one key economic benefit i.e., it offers an ROI, thus making it financially attractive for the building owner as well as the user.

However, the investment cost remains high when compared to a solar application on a rooftop. This is often related to the misconception that exists between solar rooftops and solar façade. Decision-makers understand that solar rooftops use solar panels often sold in terms of watts; the amount of energy that it can generate.

A solar façade is specified in square feet being a building material. A key contributor to the price of a BIPV or solar façade is the cost of professional labour. The labour needs to be skilled and accurate as it involves various technical parameters that are accounted for during installation. Eventually, this cost can be reduced by training installers on the technology of solar façades. Thus, BIPV creates a new attractive market opportunity for well-organised, professional companies in the market of architectural façades.

Mankind is fighting its existence from Paris to Katowice. There is a growing concern about climate change across the world. One of the key contributors to climate change has been carbon emissions emitted from power plants.

The burning of fossil fuels like coal, petrol, gas not only emit carbon that leads to climate change, but also toxic gases and particles that contribute to air pollution.

India’s stance on nuclear power as a clean source of energy raises concerns across the world. Nowadays, with the growing population and usage of energy for transportation, HVAC system, computers, phones, gadgets, it is time that we switch to safe renewable forms of energy generation closer to demand in cities.

Solar rooftops and solar façades can generate energy inside cities. Solar façades provide a key benefit in reducing the energy consumption of the building.

It protects the building from the sun and from other extreme weather conditions. Moreover, generating solar energy in cities contributes to a reliable grid and prevents the use of fossil fuels.

Urbanisation which is one of the growing challenges across the world puts enormous strain on the socioeconomic structure of cities. Countries such as China and India are the ones that are more prone to such enormous challenges. Therefore, the government schemes like the Smart cities’ mission of the Government of India is one step in the right direction. Udaipur -a smart city is a great example. However, it is also important as humans that we contribute to building sustainable cities.

High rise buildings and huge skyscrapers are being built across these growing cities at a rapid pace in addressing the needs of the growing population. However, this puts pressure on the energy demands of the city which needs the power plants to produce more energy to meet the demands of the city.

In this case, a solar façade becomes more attractive than a solar rooftop as the investment is combined along with the construction cost of the building. Moreover, it acts as a short-term solution to a long-term problem. Likewise, the cities will have a far lesser rooftop and space mainly due to the growing space constrain that makes the solar façade much more attractive.

The world has witnessed different governments from Paris to Katowice and it might not be too far in this world when a nation’s politics gets decided by environmental issues such as CO2 level, global warming and climate change. Now, the world is getting in a jinx with two extremes where one extreme of the world is still exploiting fossil fuels like coal and natural gas for electricity.

On the other hand, we have renewable energy targets surpassed to have a better world. Various policies have been framed across the world to curtail the growing energy needs of the building.

The European policy of having nearly zero energy buildings by 2020 is one such step towards a cleaner world. Ever since the Great Sphinx was built in Egypt, the world has witnessed art, architects and artistic buildings. Now, it is important that we preserve this world along with these architectural landmarks. The landmarks that the architects have designed, the ones that symbolise creativity, thoughts and emotions, the ones that will embrace newer technology. 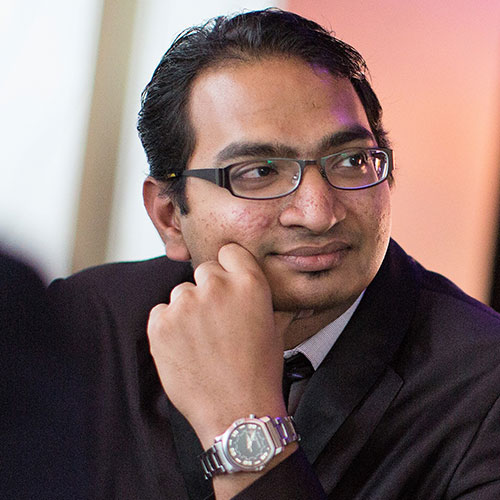 Mohamed Shamir Khader has been associated with Wallvision B.V. since the start of 2017. Wallvision B.V. is a company that is in Eindhoven, the Netherlands, and based in the façade and the fenestration industry. After being impressed by the high-tech innovation that happens in the Netherlands, Mohamed Shamir decided to learn more about the newest technologies in the Netherlands since 2015. In his current role as a Business Developer, he manages the market activities and start-up operations in India. Along with his technical background in solar energy and his passion for architectural design, he is determined to support architects and the façade industry with knowledge, training, inspiration, and products for creating superb solar façades in India and Southeast Asia. For more details, contact - Collin Fernandez, collin@zigzagsolar. com www.creteq.in