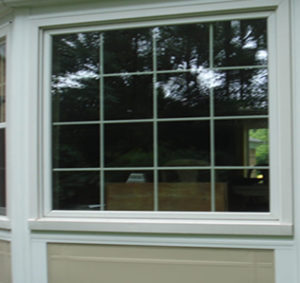 If some of the myth were actually true, uPVC fenestration would not have achieved world-wide acceptance and recognition. Besides, uPVC would not have entered the extremely challenging Indian fenestration market. But I dare to suggest that uPVC was actually invented for India. Coping with hot dry climate and hot humid climate; compensating for temperatures ranging from minus 10°C to plus 50°C; providing a non-corrosive framing alternative for India’s 7500 km long coast line; being thermite resistant; being dust and sound proof; have a negligible water absorption; being colourfast and durable, being energy efficient, environmental friendly etc. is quite a tall order!

If someone would have asked, 60 years ago, top European engineers to develop a frame material that can meet India’s varied environment, they might have said “It is impossible, it cannot be done!” but decades of ongoing research & development and rigorous testing resulted into a material proposition which is able to meet India’s requirements.

The fact is that uPVC frames are being specified and installed world-wide because of their known low maintenance. In the UK, consumer forced architects and developers to rethink their low cost product offering. Twenty years ago, millions of white painted softwood frames were installed into new properties. The conscious decision to offer better internal fitments and to accept a retrograde step in terms of fenestration had to be reversed due to customer resistance, slowing house sales and increased discounting. Whilst the ladies of the house were delighted with the offerings, most men were horrified to be faced with the prospect of ongoing fenestration maintenance issues which were to be expected with softwood frames.

Almost everything can be repaired, especially in a country like India where the skill level is extremely high. Repairing uPVC fenestration is therefore no exception. Buying uPVC profiles from a reputable extruder will guarantee that the main profiles can be obtained virtually for a life time. Opening sashes, glazing beads, glass, gaskets and hardware can be easily replaced without removing the outer frame from the aperture, likewise broken corners can be restraint with mechanical means prolonging the service life of the damaged frame without removal.

Cosmetic damage or surface scratches can be easily removed by sanding and polishing on site. Holes, chips, knocks, indentations etc. can repaired by using a colour-matched, two component filler (method is similar to car repairs). Larger areas can be build up by layering the filler. NOTE: Fillers are designed to weather and to expand or to contract at the same rate as the repaired uPVC substrate.

Functional repairs are usually associated with the hardware such as damaged handles, locks or hinges. UPVC fenestration being the ‘latecomer’ amongst the frame materials is benefiting from standardised and interchangeable hardware, making future replacement less troublesome.

Some maintenance/repair issues can be easily avoided at the outset by specifying for example: hard-wearing low Aluminium thresholds for doors; or hardware which has been life cycle tested and can meet the highest corrosion resistance class; or handles which are robust and ergonomical etc.

We need to differentiate because there are several grades of PVC; emphasis NOT uPVC.

UPVC is a distinct grade used for external/out-door fenestration application ONLY!

A PVC shopping bag, although it is part of the ‘PVC’ family, has to match some different criteria than a lifesaving PVC blood bag; or a PVC pipe which is buried in the ground for at least 5 decades; or a uPVC frame which is exposed to India’s global radiation and should NOT discolour within its 40 years plus life time.

People need to understand and need to accept that PVC is a ‘modern’ man-made synthetic material which can be adapted to suit any application be it medical, construction, automotive, packaging, leisure, fashion or retail. Most systems suppler have their uPVC compound enriched and especially formulated to cope successfully with India’s higher global horizontal irradiation.

UPVC fenestration will ‘NOT’ emit any toxic gases during its long service life. Contrary, in severe fires, PVC will release Hydro chloric acid which will take everyone’s breath away thereby fulfilling actually a lifesaving function. None of the chemically additives used in any of the numerous PVC formulations will ever leach out or will emit toxic fumes.

FACT: A typical European PVC production plant would have to operate for 30,000 years (30 lacs years) to produce the same amount of toxic gases and dioxins released into the atmosphere as during Diwali bonfire night

uPVC is not readily recycled hence not an eco-friendly material.

UPVC profiles from windows and doorsets conforming to EN 12608 can be recycled at the end of their life cycle. The myth that uPVC frames cannot be recycled, and when than it is actually down cycling, is totally misleading, especially for a country like India which imports the important additives from abroad, at relatively high landing-costs.

FACT: Depending on the formulation, uPVC profiles can be recycled up to 10 times without enriching the compound i.e. adding fresh stabilizer, lubrication and/or colour pigmentation. Selling the ‘high-value’ uPVC recyclate into lower grade applications like pipes, flooring or even carrier bags would will be false economy and will defy PVC’s sustainability policy.

When Eco friendliness is being put into perspective than PVC scores favourable on all fronts. Numerous Government studies have endorsed and confirmed PVC’s excellent environmental credentials. For example: –

uPVC is not a preferable window option for builder projects / apartments. It is mostly preferred in high end flats or stand-alone bungalows

FACT: UPVC is suitable for ALL market segments including Social Housing. No one can blame the material (uPVC) for the issues encountered in the builder’sproject market. New materials necessitate a different approach and sometimes drastic changes to established working practices. Paradigm shift for the Indian construction industry?

Most uPVC frame manufacturers were faced with rigid working practices and extremely low prices which led subsequently to a lowering of the profile/frame specification and the use of lower grade ancillary items like gaskets, hardware and external sealants in order to meet the builders price aspiration.

Some uPVC frame manufactures went into ventures ‘too over-optimistic’ and learned a bitter lesson. Sacrificing component integrity to match prices will cost more in the long run!

None of the uPVC frame manufactures tried to outline best working practice used in other new build/projects markets.

Numerous mistakes could have been easily avoided by learning from others like: –

I am a firm believer that history is repeating itself. The UK retail and new build market experienced a similar phenomenon in the early eighties (low prices and questionable quality) and it was actually the extremely competitive Social Housing market that raised the standard of uPVC fenestration for its rental properties. Local Authorities, acting as the landlord for millions of citizens, could not afford any longer the ongoing cost of re-painting and the spiraling cost of window replacements and established that uPVC frames are the best value for money option for the UK taxpayers. There is no doubt that changes in fenestration will also take place in India because of greater consumer awareness, increased long term thinking and the necessity to save energy and to reduce CO2 emissions.

FACT: UPVC windows were introduced to replace rotten softwood windows. They were never intended to compete with Aluminium or steel frames. I do accept that fully welded frames may provide some reasons to be critical but when methods like seamless welding, mechanically jointing and concealed drainage are employed than uPVC frames can hide and disguise their modern origin, very well.

Nowadays uPVC frames can match any wood finish and Aluminium finish including the looks of sliver anodised frames.It will be very difficult to convince anyone on subjective matters like appearance but when budget, performance and environmental facts are being considered than uPVC will be a serious alternative.

Years ago a well-known and outspoken UK architect and fashion designer criticizedTony Blair’s Labour Government for its boring and uninspiring new housing schemes and in a truly democratic way the architect and his wife, also a fashion designer, were invited to propose an alternative with ONLY ONE stipulation. They had to stay within the provided budget.

Against all odds, the architect and his wife won the contract for a new housing estate in the north-east of England with their ground-breaking (outrageous) scheme. Their specification featured German kitchens, Italian external facing slabs, Spanish tiles and bathroom accessories, Austrian Aluminium/wood composite frames, Canadian laminated flooring etc. … and as usual, quotations and reality did not match. Something had to give and Canadian flooring was replaced by a local product whilst the horrendously expensive Austrian Aluminium/wood composite windows were substitute with slate grey (RAL 7015) laminated uPVC frames manufactured in the UK. At the grand opening day, the architect confessed to me that he still hates uPVC frames despite using them but he could not ignore the huge savings. As I revealed my occupation, he admitted that the slate grey uPVC frames did not look too bad after-all!

uPVC frames are not as weather proof like wooden or Aluminium frames.

This is probably the biggest myth because uPVC fenestration was primarily designed with high performance in mind. Even the early fifties and sixties uPVC designs featured the well-known double compression, weather-seal arrangement.

Perimeter and multi-point locking devices were developed and introduced based on uPVC’s ambition to be better and more ergonomical than the other frame materials. Whilst Aluminium framing is still quite happy to use single point “Cock-spur” handles or single point “Touch” locks, uPVC has leapfrogged the other frame materials and considered today’s requirements, thereby catering for increased security, operator ergonomics, lower air permeability etc. as standard thus making a direct cost comparison virtually impossible.

Besides, the staggering number of independent and in-house weather test certificates and/or reports carried-out on all types of uPVC fenestration will confirm the excellent weathering performance.

FACT: An average UK uPVC window dealer with 10 years’ business experience carrying the BS Kitemark for uPVC casement windows (casement and tilt turns) and doorsets (Residential and French) can present at least 64 independent test reports and he would have spent over a 10 year period conservatively £ 130,000 (130 lacs Rupee) for type and surveillance testing in order to demonstrate compliance to standards and to re-assure its clientele that his manufactured frames can meet the expected weathering performance.

Article was written by Robert Höllrigl, Executive Director of R&D at Encraft India Private Limited who advised this truly Indian venture since in 2006 and joined Encraft full-time in 2013. His involvement in fenestration covers more than 4 decades of uPVC window and doorset R&D and workplaces like Cincinnati – Battenfeld, W.H. Smith (Extrusions), WHS Halo, Bowater Building Products and VEKA UK. 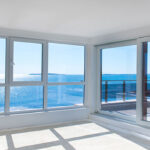 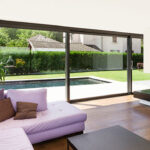