A Guide to Comprehensive Façade Design

In architecture, façades can be considered as visual gateways to buildings. In addition to providing a watertight enclosure, façades also control the amount of natural lighting, ventilation, and thermal protection. Façades greatly influence the aesthetics of buildings and can also have a huge impact on their energy efficiency, lifespan, and ease of maintenance. Here are some parameters to consider while designing façades and fenestrations so they can create an incessant dialogue with the surroundings as well as the observer, in addition to being energy-efficient and sustainable.

When considering building designs that communicate with its surroundings, façades have to be regarded with a keen design eye and sensitive outlook, as they are what first catches the attention of the spectator and sets the tone for the rest of the building. They can be often misinterpreted as static emotionless walls embracing trendy silhouettes and flashy materials, with little regard to how they engage the observer or the adjacent context.

A wiser approach may be to develop skillfully crafted façades that borrow references from their immediate surroundings to create a meaningful expression, forging strong links between the building, its function, location, and the user. Whether the building embraces and enhances its context or stands out is up to the masterful eye of the designer. An iconic façade is often desired, but it must also consider human scale and be interpreted as part of the urban fabric.

It should be just as enjoyable a spatial experience when approached at street level as it is when seen from a distance. There are many ways to achieve this, such as emulating dynamics of the surrounding street grid, or drawing from spatial arrangements and movement patterns of people, be it, inhabitants or passers-by. Pleasing scale, proportion, rhythm, and solid-to-void relationships also play a critical role in adding character and depth to exterior façades.

From historical and cultural to functional and aesthetical significance, façade materials can define the building’s identity. In addition to imparting robustness and durability, sustainable façade materials play a significant role in terms of their impact on the environment as well as inhabitants. Materials should also be selected based on constructability and availability of skilled labour. Higher upfront costs associated with durable and easy-to-maintain materials can often be offset by cost savings over time.

Glass is unarguably the most popular façade material in use today. Large glass windows come with the advantages of creating a connection to the outdoors while also providing ample daylighting and ventilation, which can positively affect mental wellbeing and productivity. However, these benefits must be evaluated against detrimental impacts on energy performance.

As architects, it is our responsibility to ensure that these glazing units are enhanced with appropriate performance coatings suitable to the local climate. Plantings and softscape around buildings, terraces, or rooftops can help mitigate the reflection and glare concerns caused by heavily glazed buildings. Green walls not only add character to building façades but can also act as air purifiers and sound insulators.

When concrete façades are desired, precast panels offer many advantages compared to conventional cast-in-place concrete. It uses less water, can be reused, permits faster construction, and maintains better quality over time. When combined with modular technology and digital manufacturing, these can offer tremendous cost and time savings, besides high precision.

Metal can be considered as one of the most sustainable façade materials in terms of maintenance, reuse, and recycling. Combined with good insulation and measures to mitigate reflective heat, they can alleviate performance concerns and last an entire lifetime. Metal façades, however, must be designed with thermal breaks between exterior and interior spaces since metals are excellent conductors of heat.

Orientation plays an important role in determining the amount of solar radiation, daylight, and/ or prevailing winds that can be captured to improve performance and reduce costs, especially in skin-load dominated buildings where most of the energy gain or loss occurs through the exterior skin. For example, façades in the northern hemisphere should be oriented to maximise southern exposure in cold climates, while elongated in the north-south direction in hotter regions.

Using materials with high thermal mass can moderate the impact of extreme temperature variations in hot and dry climates by creating a thermal lag, therefore stabilising indoor temperature. In warm and humid climates, natural ventilation through the building skin can help remove excess moisture in the air, hence reducing the load on cooling systems. In cold climates, compact form with small fenestrations can minimise the amount of heat loss through the building envelope.

In today’s era, glass façades have become a norm which often negatively impacts the building’s energy performance. Using the right combination of available technologies in the fenestration industry, however, can mitigate some of these concerns. For instance, double and triple pane glazing can considerably reduce the thermal transmittance (u-value) of windows. Additionally, Low-E, spectrally selective, or reflective coatings, can control the solar height gain coefficient (SHGC) of glazing.

SHGC reduction works by preventing the hottest component of sunlight i.e. infrared radiation from passing through the glass. Low SHGC is desirable in warmer regions, while high SHGC in colder climates allows for more heat penetration. With the proper composition of these components, the same fenestration can be adapted to perform well in different climates.

Flipping windows can be very effective in areas with wide-ranging seasons. These are double-glazed units with a clear outer pane and the reflective inner pane. During winters, the inner pane allows solar radiation to pass through but traps heat inside. Flipping the window by reversing the reflective pane to the outside in summertime helps reflect heat back, keeping indoor temperatures cooler.

Internet of Things (IoT) controls real-world objects digitally, making the living environment smarter and more responsive by amalgamating the digital and physical worlds. Digital twin, a digital replica of the physical building, can gather data through smart sensors to better understand and analyse a physical structure. By using this comprehensive real-time data, façades in particular can adapt to continually shifting external environments. There has been swift progress in our ability to replicate life-like situations for energy analyses and daylight simulation; all of which greatly benefit the design outcome for façades.

Dynamic façades that are capable of changing their form and orientation to automatically respond to their surroundings are considerably influential towards creating low-energy buildings. Smart façades with daylight, temperature, and humidity sensors can reduce the building’s energy requirements. Shading devices can be supplemented with sensors that track sun movement to automatically adjust the shading mechanisms. Automatically sliding window screens that open and close with change in temperatures may further reduce the heat gain in buildings.

While it is true that technology comes at a higher initial cost, this cost must be evaluated against the long-term advantages of improved quality, reduced life cycle expenses, and faster construction; after all, time is money. 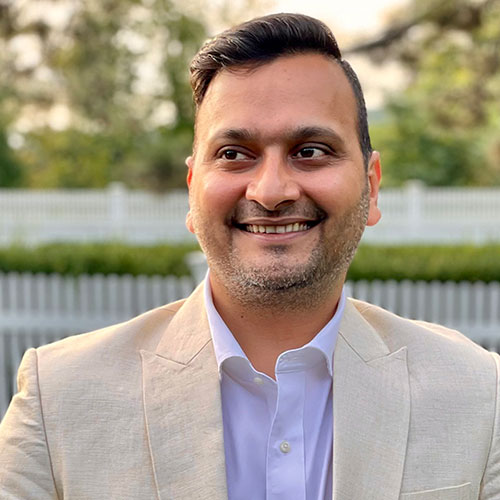 Saurabh Goenka has more than a decade of experience crafting multifaceted, award-winning projects in some of the world’s most fast-paced urban environments. Instrumental in the design and completion of several landmark projects, Saurabh’s enthusiasm for architecture is driven by the fact that it is tangible, influences millions of lives, and strives to make them better through the process of creativity. As a senior associate, Saurabh Goenka is also an expert in advanced design techniques and a digital technology leader at S9 Architecture, New York. Saurabh is a graduate of Carnegie Mellon University, the USA with a master's in urban design. He is an AIA (American Institute of Architects) licensed Architect and a LEED (Leadership in energy and environmental design) accredited professional.