India is the second most populated country in the world with nearly a fifth of the world’s population. According to the 2017 revision of the World Population Prospects, the population stood at 1.339 billion. Infrastructure and industries tend to increase by meeting population demand and growth, which will considerably increase the energy demand. Therefore, it would be essential to reduce the energy per capita to meet the demand of the increased population. It’s also essential to reduce the carbon footprint and to preserve the environment.

Substantial infrastructure has been developed across India to meet the demand of the growing population. Bengaluru is one of the best examples of development with an increase in population. In this article, we shall be going through on how the selection of glazing can play a significant role in the reduction in thermal and energy consumption.

An energy model has been developed for the prototype villa to perform energy Simulation and study the impact of savings. In this example, we have assumed a G+1 Villa with 4BR located in Bengaluru and studied the impact of the reduction of thermal and energy reduction.

Bengaluru climate has been categorised as Zone 1 as per ASHRAE 90.1 which is defined as Very Hot-Humid (1A) and Dry (1B). The graph above (Fig. 1) summarises the dry-bulb and wetbulb temperatures of Bengaluru.

A building envelope is a physical separator between the conditioned and unconditioned environment of a building, including the resistance to air, water, heat, light, and noise transfer.

Prior to the start of the design, it is essential to focus on the orientation and distribution of the window-to-wall ratio (WWR). Following are the few points to be considered during the concept stage of the project:

Adjusting the window-to-wall ratio (WWR) of the building envelope affects the amount of heat entering a space. The lower the WWR, the better the Envelope Thermal Transfer Values (ETTV).

Provide glazing where it is effective for views and/or daylight. Avoiding heat gains can be addressed by creative glazing design, which should vary as a function of the orientation.

Façade orientation should influence WWR. A north facing façade receives the least solar exposure and should have the largest glazing area. ASHRAE energy modelling guidelines penalise the building (by reduction of energy savings) if WWR percentage is more than 40 per cent. Hence, WWR should not exceed more than 40 per cent.

In general, the selection of glazing depends on architectural appearance and cost, instead of focusing on thermal properties of the glazing. This article focus on the relationship between the U-factor and solar heat gain coefficient (SHGC) in relation to solar gain.

The analysis is performed by considering the different U value and SHGC values.

Definitions are these parameters are as follows:

Thermal transmittance (U-factor): Heat transmission in unit time through unit area of a material or construction and the boundary air films, induced by the unit temperature difference between the environments on each side (W/ m2K), in IP units it is referred in (Btu/h·ft2.oF).

Table 2: Over all heat gain which is the combination of solar gain and external conduction gain has been analysed by changing the U values and SHGC.

The relationship between the thermal transmittance and solar heat gain coefficient has been studied in the following analysis and impact has been presented. For the purpose of analysis, the U values and SHGC of different fenestration of glazing are considered whilst the rest of the inputs are kept identical in all cases.

Five options have been considered comparing with the ASHRAE 90.1 baseline case and further enhancement to the U value and the reduction of SHGC. Kindly note that this article focuses only on the enhancement on fenestration whilst the rest of the parameters are kept identical. Table 1 exhibits the assumptions considered in each simulation.

Over all heat gain which is the combination of solar gain and external conduction gain has been analysed by changing the U values and SHGC. The analysis was considered on all of the five parameters by comparing with the ASHRAE 90.1 baseline (Table 2, Fig. 3). The selection of efficient glazing could significantly reduce the heat gain which could maximise more than 30 per cent.

Table. 3: Total energy changes consumptions by changing the U values and SHGC

As the SHGC value decreases, proportionally the solar gain is reduced. This exercise can overview the importance of selection of lower SHGC values and it has a major factor in reducing the overall solar gain.

Overall energy is the combination of system energy, lighting energy and equipment energy. The analysis was considered on all the five parameters by comparing with the ASHRAE 90.1 Baseline. Total energy changes consumptions by changing the U values and SHGC are presented in the following table (Table. 3), as it is noted that massive amount of energy savings are demonstrated by selection of efficient glazing.

Reduction of U value and SHGC plays a significant role in the reduction of the overall energy and thermal energy and likewise similar increase could have an adverse effect on the building energy consumption.
Glazing parameters should be reviewed in detail prior to the finalisation of fenestration. It is very important that test conditions are considered prior to selection, the following are few guidelines that could assist in the selection of glazing,

The “Overall U value” should be considered not the centre of the glass. In general, the U value at the centre of glass is more efficient compared with the overall U value. Data sheets should be reviewed to obtain these details.
U value should be analysed by including the frame i.e., not only the glass but also should include the assembly. Several softwares are available in the market that can perform the analysis.

If the project has a minimal budget, then the focus should be on the areas that have the maximum solar exposure and install the building in a west facing orientation.

Daylight and occupancy sensors can be used to reduce or turn off electric lighting automatically when it is not required. In new offices, the glazing ratio (the area of unobstructed glass as a fraction of the total wall area) should not exceed more than 40 per cent.

Providing glazing from floor to ceiling is not the most effective way to provide views as it will also bring in more solar radiation. Vision glazing is typically applied between 750 mm and 2,100 mm to accommodate sitting and standing occupants. Areas below 750 mm, therefore, do not require glazing for either daylight or vision purposes. This can save in material cost and also reduce the amount of solar radiation entering into space through the glass.

The Balance between SHGC and Visible Transmittance

Windows that reduced solar gain (with tints and coatings) also reduced visible transmittance. However, new high-performance tinted glass and low-solar-gain low-E coatings have made it possible to reduce solar heat gain with little reduction in visible transmittance. It is measured in the Light-to-Solar Gain (LSG) ratio. 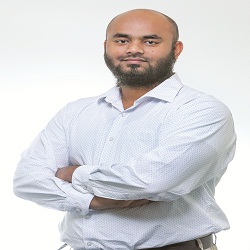