Façade is an elegant component that shows unique architectural aesthetics of the building as well as plays a critical role in thermal/energy performance and occupants’ comfort, health, and productivity where it reduces undesirable external factors such as rain, heat, storms, and noise, and utilizes favorable factors such as light, air, and sun. To achieve the desirable and intended purpose of façade, criteria should be considered as follows:

It is one of the intrinsic building envelope function which can be defined as the resistance of inward or outward air leakage through unintentional openings in the envelope. Airtight envelope has several pros in thermal efficiency and comfort which affect substantially in energy savings and HVAC equipment  capacities as well. The mold because of moisture could be reduced especially in coastal regions if the façade achieves airtightness standard. The airtightness of buildings would be affected by wind load which is determined based on the location and direction of the building, its height, and purpose of use. In the case of clustered high-rise buildings, the wind tunnel effect must be considered to avoid a negative impact on air leakage and structural failure and stability too. To achieve the specific level of airtightness that has been determined by the façade designer, a tested and certified aluminum CW/window system which matches the specific one should be chosen. A performance mockup test is also strongly required to check the integrity of all components together before construction where performance mockup unit, including all components with proper terminations, could be performed at the attested laboratory in order to ensure achieving the specific air permeability level.

It is another important function of the building envelope that might cause a dire façade failure in case it happens. It can be defined as the resistance to the passage of water through a façade under specified conditions. Water might cause a gradually degrading in building Ajdan Rise Tower – Khobar/KSA Water tightness material and build-up on walls may also damage and reduce the quality of insulation. Perhaps the most alarming and recent development has been the outbreak of toxic mold growth within walls and the dangers to public health. So, the façade system should be sealed with the right compatible and consistent material where its integrity is really crucial. The tested and certified aluminium system has a significant role in order to prevent water ingress as well as the best practice of fabrication and installation. A performance mockup test is required to know the root causes of potential leakage areas and create fabrication and installation procedures accordingly which must be verified regularly to secure the intended result.

No doubt that façade should withstand in front of climatic conditions especially wind load without fail. KSA national flag project Wind behavior Although a curtain wall is a non-load-bearing exterior wall cladding where it transfers its dead loads and lateral wind loads to the main building structure through brackets connected at floors through anchor bolts. The curtain wall components should resist the wind load without passing the specified maximum deflection and permanent deformation level even when safety load is applied. It is well known that maximum wind velocities, and consequently design wind loads, vary not only with geographic location but also with height above the ground. Also, the nature of the building’s surroundings, suburban character, or dense urban building, are more important influences on wind action. These factors should be programmed and analyzed to determine the structural properties of adequate framing members as well as the thickness of glass.

No building is a static thing and movements constantly take place between its components. These movements are caused by temperature Perimeter fire barrier detail changes, wind actions, gravity forces, and deformations or displacements in the building frame which could not be disregard in the designing and execution stage to prevent dire consequences. These movements are usually accommodated by a proper joint design which is the secret of a functionally successful curtain wall. So, designing and detailing of joints are the most critical aspect of CW design.

Façade must ensure the optimal thermal and energy performance which reflects a positive environmental and air conditioning cost impact as well as occupants’ comfort and better mood. They are mainly impacted by design strategies such as building orientation, climate, window-to-wall ratio, and glazing type and characteristics which wise consideration will reduce the amount of needed cooling/heating energy, heat loss/gain, and the emission of carbon dioxide. It is one of the most components which dramatically affects thermal insulation and low-energy consumption in glass selection. It positively impacts light, solar, and heat transmittance which affects significantly building users’ satisfaction and energy bill. So, glass attributes and specifications such as shading coefficient, solar absorptance, solar direct reflectance, solar heat gain coefficient, ultraviolet transmittance Wind pressure load distribution percentage, U-value, visible light transmittance percentage and recycled content should be all considered during its selection process.

Soundproofing is one of the recent requirements in our life due to the increasing concern with noise pollution. It is the ability of material or element to reduce sound transmission and is measured over a range of frequencies. So, the CW façade system should eliminate, or at least mitigate sound transfer. It is known that careful selection of glass can be essential to minimize noise level and meet its requirements. Sound insulation of glass can be improved by increasing the thickness of the pane, increasing the gap between the panes in IGU, and using laminated glass.

Human is the most valuable assets ever and his safety and security should be maintained and sustained. Fire and smoke are extremely hazardous which might be happened and all façade stakeholders should be aware of how to design and apply a proper system to save human lives and secure evacuation of all tenants. I strongly believe that fire engineer should be in an early stage of designing to determine requirements, standards and best practice of this field due to high importance of it.

Fire spreads primarily in the curtain wall through the chimney effect, where fire moves upward through gaps between the floor slab and the curtain wall, and the leapfrog effect where flames break the glass and move from outside vertically between the story. So, perimeter firestop and spandrel glass enough height will prevent these effects. Anti-burglar, bullet, and blast resistance are also very important aspects for some special application buildings and façade design should use a proper system to achieve these intended purposes.

In conclusion, a building façade is being aesthetically pleasing as well as playing a vital role in energy efficiency and linking exterior building design with interior one. To secure the optimal output of a façade, the aforementioned design criteria should be considered and applied in best practice under façade engineer supervision. 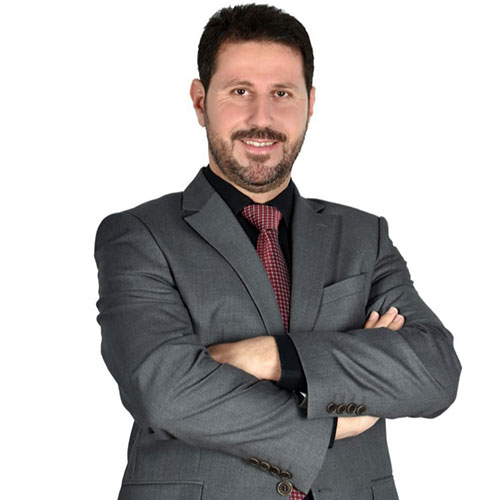 Abdullah Bani Awwad is a PMP certified project management, Master degree in Industrial Engineering from Jordan University of Science & Technology. He has been leading many successful projects in UAE and KSA during his +15-year-experience. Quality and safety are his motto during the journey of teaching and industry which he moved between. Right now, he is leading Ajdan-Rise Tower /Khobar one of the most prestigious seafront buildings in Saudi Arabia.