Evolution of Fenestration Industry in india

The Indian fenestration industry has undergone many changes in terms of engineering and material usage over the years. Wood windows have been in use since the birth of the building construction. Other building elements like steel and aluminium came much later, i.e., in late 20th century, and only recently uPVC has been introduced in India. Let’s have a look at the evolution of the fenestration industry in India.

The Era of Privatization

The active growth of Indian building/construction industry happened in the late 90’s and early 2000s, when the IT complexes were sprawling across the country, starting from Bangalore to Hyderabad and Mumbai, Delhi and then Gurugram. Almost all the major real estate developers, such as DLF, Unitech, Hiranandani, Rahejas, Prestige and Brigade started paying attention on constructing state-of-the-art buildings, made using the latest technologies and designs available in the market at the time.

Owing to the sudden growth, curtain wall fabricators could be seen juggling with projects related to the commercial structurally glazed buildings. All major 15-20 fabricators took big glazing jobs and changed glass from sheet to float and later processed glass. Aluminium extruders were not far behind, with operations running 24×7 and earning millions by churning tones of box sections for the glazing industry. Analysing the industry progress in late 20th and early 21st centuries, it could be seen that the growth was very optimistic with the developers concentrated on the commercial buildings as opposed to the residential or mass scale housing.

The first few years of the 21st century were a period of general economic decline observed in world markets. For the first time ever the real estate industry started to see windows being sold as a complete system instead of just sq. ft. basis. From 2002 on, due to the lack of efforts towards good fenestration and windows, proper attention was given to window installation. Moreover, the need for upgrading many housing standards aroused.

Fenesta, India’s largest windows and doors company, was launched in 2003 in technological collaboration with UK-based Spectus. Spread across 120 cities and a part of 5,200 crore DSCL group, Fenesta is the pioneer of uPVC windows in India. It has adapted the best of European technologies to develop products, especially suited for the Indian market. Thus uPVC windows were introduced in the Indian fenestration market. It is only fair to say that Fenesta make windows a Product Category and paved the way for the uPVC Industry.

Back in 2004, Southern India, led by Bangalore, was quick to accept uPVC as the new age window material followed by other regions. uPVC windows were booked in large orders with builders like Brigade and Prestige within first few months of starting the business. The growth extended to other regions and a millions of uPVC windows and doors were installed across the country. The product emerged as one of the most preferred material for windows and doors amongst end users and large developers.

The commencement of 2008 brought downfall for the real estate owing to the worldwide recession. There was over-capacity and there were much more real estate, commercial and residential buildings available than in demand. Announced projects were put on hold and real estate companies took a big hit on losses, both in cost and space. Parallel to this, the fenestration industry also saw a decline in sales and demand.

The later part of the first decade saw a slight uprising in the reale state sector again and the uPVC industry started to grow positively. The window manufacturers started getting loads of orders from residential projects with the housing boom. In a time frame of only three to four years, all major European and Turkish players and system sellers like Veka, Aluplast, Kommerling, Rehau, Wintech, etc., established in India along with many Chinese players. Events were organised to boost the sales of the products and machines for the uPVC industry and it was observed that more than 20 new uPVC fabricators were entering the market each year.

The fenestration industry has come into its own in the second decade of 21st century onwards, marking its territory and establishing itself independent rather than just being related to architecture or facade. End of the first decade saw more than 150 uPVC door and window manufacturers in India (maximum in the South, then North, West and East of India), each of them making their uPVC windows popular to the developers in their respective regions. Developers understood the advantages of using uPVC window systems and chose it for various reasons. Window prices had increased from Rs.150-180 per sq. ft. for section aluminium to Rs.300 to 1,000 per sq. ft. Windows were sold in retail for individual homes by the uPVC window manufacturers. A home owner could order a window and expect to receive the real quality window with standard specifications which is perfectly sealed and packed.

The aluminium window & door industry had also taken many encouraging initiatives. They had developed system windows and offered them to builders and developers. The evolution of the window industry helped enrich the knowledge of the aluminium hardware too.

In the early part of this century, aluminium framed windows accounted for approximately 60 percent and remaining 35 percent together equalled wood, steel and uPVC account for approximately 7 percent. However, the introduction of the vinyl framed windows is a game changer in this industry and the segment is growing at a tremendous rate of 5-7 percent annually. Moreover, number of fabricators have increased from a mere two to three a decade ago to more than 500 in the country with an overall turnover of approximately Rs.500 crores in 2011 to more than Rs.1500 crores in 2015.

Many major window manufacturers were keen to make sure that the windows installed by them were perfectly waterproof, weatherproof, and acoustic and thermal insulated. To obtain the perfect finishing, they worked together with sealant manufacturers. Thus silicones were introduced to the fenestration uPVC industry. After silicones in 2003, acrylic sealants came in 2005 which was followed by PU foams in 2011. Today, all major uPVC window makers use sealants and foams since they are part of this revolution of the fenestration market.

Sealant manufacturers trained their staff (applicators and employees) to make sure the windows are installed perfectly, making them waterproof, weatherproof, acoustic and thermal insulated to obtain perfect finishing. Many workshops were organised to train the applicators at different locations. These workshops had live demonstrations and videos to make the training more educational and interesting. Efforts were made to create an informal atmosphere and foster interaction between technocommercial people and the participants over the live demonstration. These workshops had been attended by hundreds of participants from leading uPVC window manufacturers in India.

Thanks to hundreds of uPVC fenestration manufacturers, their meetings and discussions with builders, developers and real estate owners on the effective use of silicone, sealant and PU foam have made the products in widespread use and become more popular in the industry as well. Sealants were also used in wood, aluminium or steel window joints to finish them perfectly and make them leak proof. Now it is well understood that silicones, acrylic sealants and PU foams have to be used in during the window installation for better results.

Positive construction spending and renovation in existing constructions are expected to drive demand for windows and doors. Rising population would support the window and door market share for new constructions serving residential, commercial and commodity requirements. Commercialization, improving government and state finances and public funding in India will further enhance the business growth.

As per the report published by the Global Market Insights, Inc., global Window and Door Market size were valued at over USD 82 billion in 2015 and is forecast to grow at 5.6 percent CAGR from 2016 to 2024. This revenue refers to window and door system or profile sales. Global demand was over 28,000 kilotons in 2015. It will witness steady growth at 3.9 percent. Infrastructure activities on a global scale coupled with growing improvement and repair demand across the residential and commercial sectors will drive the global window and door market size.

In similar lines, Indian fenestration industry too will grow at a faster pace. Product preferences vary widely based on parameters, such as price, quality, environmental friendliness, aesthetic appeal, etc. Regional housing and commercial construction markets as well as raw material adoption based on the required characteristics will continue driving demand.

The uPVC window and door market share accounted for less than 10 percent of the overall revenue in 2015 and will post a high CAGR in the coming years. This growth can be attributed to demand for light weight and energy efficient profiles that require less maintenance. The material provides a good level of insulation against outside noises. Moreover, its fully recyclable property would attract more attention over the next few years. Metal profiles will grow at over 5 percent CAGR, mainly due to attractive aluminium window and door market size in some regional industries. Aluminium provides low maintenance and coated frame which can be painted and be matched with the colour of the user’s choice.

There has been increasing government support to adopt uPVC profilesdue to superior energy efficiency At present, the market for uPVC products in fenestration industry is just about 10 percent. But the popularity of uPVC products is going to reach new heights in the coming years with the positive growth in construction industry. The reason being its price competitiveness at the expense of quality (Rs.350/Sq ft (standard); Rs. 900/ Sq. ft. (special)). There are over 150 fabricators in uPVC sector. The trade per retail is Rs. 200+/ Sq. ft. With over 80 percent of it being unorganised, the industry also faces difficulties due to lack of standardisation. Raising awareness regarding the benefits of uPVC and lesser maintenance would trigger its use in the new residential construction market.

Wood window and door market size accounted for over 28 percent of the overall revenue in 2015 and would grow at 5.7 percent from 2016 to 2024. High thermal resistance, aesthetic looks and easy availability of timber would support the growth over the forecast period.

The Indian fenestration industry is directly linked to the construction industry’s performance. The overall growth is around 20 percent annually. The retail is still on a steady growth path, though project business has shown a slump in the last couple of years. But in the near future, with huge projects announcements from the Government like 100 smart cities, and with the propositions by the Planning Commission to build over 20 million new houses in the next 10 years, the real estate sector in India continue to seek greener pastures. Thus the related segments, including windows & door market will vroom again, though the past few years saw a decline in sales. 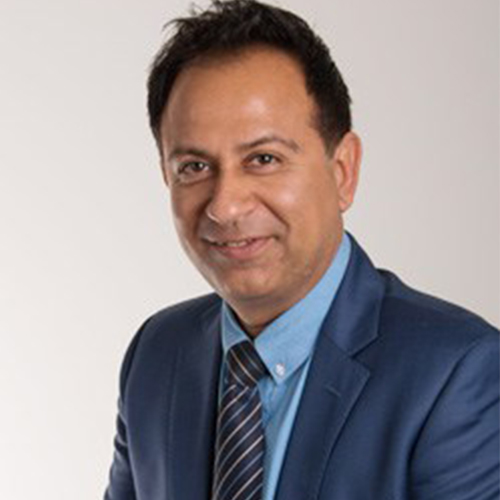 Amit Malhotra is the Leader of McCoy Group of Companies. He is a well-known personality in the silicone and building products industry in SAARC nations. Amit joined the family business of waterproofing started by his late father Mr. VK Malhotra in 1993. From its humble origin, McCoy Group has come a long way and has offices in India and abroad and sourcing offices globally, with an annual turnover of more than 150 crores. Amit Malhotra is the Marketing Head & Treasure of uPVC Window and Door Manufacturers Association, known as UWDMA, and was also the President of Construction Products and Services (CCPS) for many years. Choosing a garage door can be intimidating co... 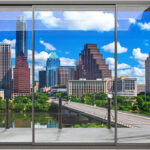 AluPure aluminium system – the brand of “... 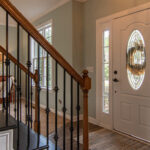 Types of Doors for Home Construction