From the stone age to the current age of modernity and high-end technology, architecture has witnessed an evolution in terms of building materials, construction systems, and design solutions. While materials like stone, clay, and timber were prominent in ancient constructions, a shift to brick, concrete, metal, and glass enhanced the way we built. In the era of smart cities and smartphones, building materials are becoming smarter as well. What is the need for materials and building technologies to constantly evolve? As nature is already depleted of its natural resources and global warming is at its peak, architects and designers have stepped up to create new materials and techniques.

Buildings are capable of producing up to 33% of carbon emissions, because of which architects are striving towards designing smart façades that are energy efficient. A façade is like a “barrier” between the habitual spaces and the outside environment and most of the energy transfer (heat/cold) takes place through it. Smart façades should be sustainable and its most important criteria are that it should be material and energy efficient I.e. the façades should consume or release the least amount of energy to maintain comfort in the interiors.

Rightly said, a combination of art and nature has rarely been unappreciated, but not all nature inspired designs are necessarily sustainable. Architects nowadays have started applying the principles of nature to create smart façades known as “Biomimetic Façades” or “Biomimicry” I.e. mimicking nature and applying it to design. It is said that one can find inspiration anywhere and architects have created designs inspired by the human skin, honeycomb and living organisms.

The three design parameters for biomimetic smart façades are air/ wind, shade and the climate which relates to thermal and visual comfort. Apart from these, an energy-efficient façade should also take into consideration factors like solar radiation, wind speed and humidity. To help designers inculcate nature into the design, a software known as BioTRIZ converts data analysis from biology into technology. Using this, architects designed a roofing system inspired by a honeycomb that reduced the heat transfer by allowing longer wave radiations to pass vertically through the open pores of the comb and drastically reducing the surface temperature. Design Hub in Australia has come up with an “Operable Skin”, inspired by the pores of the human skin, which has numerous sandblasted glass circles connected to a central rod, that can be pivoted.

Apart from its property of collecting solar radiation throughout the day, the rods pivot automatically when it experiences changes in the moisture content and temperature of the interiors. Reducing the overall energy consumption of the building drastically, the façade envelopes the structure in a way that fresh air and shade is available to the people naturally. The human body is the most complex and dynamic design and the phenomenon of releasing “sweat” during heat gain encouraged designers in New York to develop a double skin technology that worked in a similar way. To make this work, the team created an actuator or “an artificial muscle” that is made up of a dielectric elastomer enveloped over a core of polymer. The core being flexible, enables contraction and expansion allowing it to bend and respond to the climatic condition automatically, which helps regulate the internal temperature.

Design Hub in Australia has come up with an “Operable Skin”

Solar panels are also an example of biomimicry as they are termed as “artificial leaves” that convert the radiation of the sun for human use and renewable energy, just like the leaves of a tree. Another interesting adaptation of the properties of a “leaf” called the Oxalis oregana, which has the capability of tracking the path of the Sun and changing its angle consequently, has been seen in responsive façades that reduce energy load and can also be applied to existing highly glazed buildings by retrofitting.

What defines a smart building material?

A smart material can be defined as a material that can function and be responsive to adverse environments and climate conditions, in an effective and useful manner. A smart material can be and should be sustainable, energy-efficient and of course smart! As we are talking about “smarter” possibilities of construction and the materials that we use, recent developments to upgrade the properties of metals have been successful. Thermo-bimetals are being used to develop ‘ Smart Façades ’ which allow the façades to self-breathe I.e. self-ventilate.

L.A based architect Doris Kim Sung found her inspiration for thermo-bimetals by comparing the human skin to the skin of a building, which is the façade. Developed by the combination of steel and copper, this product is capable of bending or reshaping itself when exposing to sunlight, ultimately to provide shade without using electricity. The sheet of this Thermo-bimetal has many cuts and fenestrations that provide adequate ventilation by capturing the hot air as it rises up and releasing it outside. A one of a kind material that can operate on its own to provide shade, light and air, designed to function in a hot climate, it is an incredibly smart product ready to be explored in all capacities.

Surely saving the best for the last! One of the pioneer materials in the wide and readily increasing array of biomimetic materials are the “moth-eye nano-structures”. Creativity has no limitations and this material is a true example of that. Buildings with high levels of glass in its façade result in high glazing reflectivity and increased energy consumptions. Researchers have applied the ability of the eyes of an elephant hawk moth that minimises light reflection and also improves night vision. Applying this theory to achieve anti-reflectivity in façades, nano-structured moth-eye has been successful to be used in the glazing of high-rise structures.

Scientists have taken the moth eye mimicking to another level by enhancing its anti-reflectivity by working on geometrical parameters like shape and height, which help to scrutinize the behavior of light on complex nano-structures. It has been observed in some cases that there was a significant decrease (around 10%) through the measurable spectral range.

Our inspiration for design lies everywhere and in everyone; from moths to humans to honeycombs. Nature has endless possibilities and so do our minds. Biomimicry is the perfect example of reducing if not eradicating man-made problems with natural solutions. It is mesmerising to see how architects have adapted the mechanisms of nature and applied to design to make it more sustainable and make the future façades technological advanced and environmentally friendly.

In a country like India and especially in a city like Mumbai, the level of heat and humidity is at the peak level. There is a dire need to design structures and façades that would lead to less heat-gain and more ventilation, and Sanjay Puri Architects’ upcoming project- The G.I. School is an incredible step in that direction. Parametrically designed, this transformative façade has hexagonal modules present in the second skin that regulates the internal temperature. Inspired from nature, the hexagon modules work contrastingly in the difference zones of the façade, depending upon the direction it is facing.

Situated in a densely populated area of Mumbai, the hexagonal outer skin envelopes the entire 45m high structure. As the south side produces the harshest sunlight, the façade requires the most treatment to reduce heat gain. The modules have small openings that minimize the heat penetrating the structure and increase the cross-ventilation across. To achieve the exact opposite result on the north side with the best sunlight, the hexagonal modules work differently. There, the modules are designed like curtailed pipes that are placed in and out, also creating additional spaces that can be used for sitting and reading.

The design of the façade not only regulates the temperature and air-flow and shelters the entire building, it is a crucial part of the structure, as the flow and curve generate spaces that can be incorporated as a part of the design. The combination of the fenestrations and openings are extremely important as the size of the openings viz-a-viz the location of each hexagonal module dictates the performance of this school block. In institutional buildings where there is a high density of people, a façade which is self-sufficient, self-ventilating and regulates heat, ultimately reduces carbon emission as well as increases the overall energy efficiency. 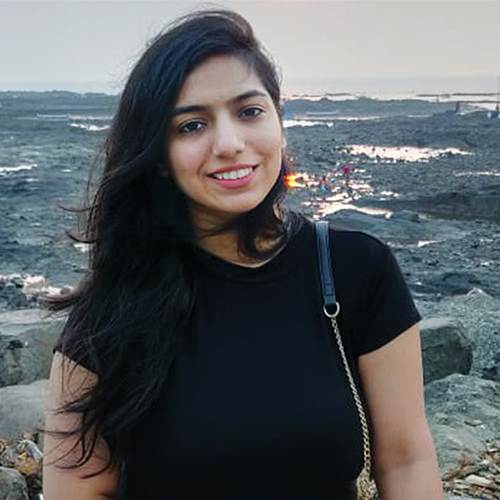 Aishwarya Khurana is an architect and architecture writer who has been working passionately as both, for the past two years. Graduated from the prestigious Rachana Sansad Academy of Architecture, Mumbai, she has worked for several design firms and creative publications. Currently working in Nagpur as an architect in a multinational firm called Base4, known for hotel and modular designs, she has also worked as an architect at Ashok Mokha Architects, Nagpur for over a year. Aishwarya Khurana has worked on several projects like bungalows, hospitals, hotels, auditorium and residential buildings. Also working as a freelancing writer, she believes that architecture write-ups and articles help one to keep up with architectural trends, expands one's knowledge immensely and helps inspire architects and designers.