Of late sustainability has become an assurgent part of our life. It is like acerbic penicillin, must to taste in order to get over long-term pain. By this word we understand the protection of the ecosystem through protection of its resources. Sustainability can be broadly perceived in two categories: economic and social. The economic sustainability of building (façade) depends on two aspects. Firstly, the investment at par of maximising durability and reusability and secondly through solutions with low energy consumption, easy to clean, operate and maintain at low running costs. The social facia of sustainability is all about comfort, well-being and safety of the occupants.

THE DESIGNING OF INTELLIGENT FAÇADES

Façades are one of the most crucial entities of a building composition. Eventually it is prime key towards energy consumption and comfort. Intelligent design system, if adopted can easily lead to low energy or sustainable façade and hence building. Broadly three strategies can be adopted in order to obtain intelligent façades. The strategies are as noted below: 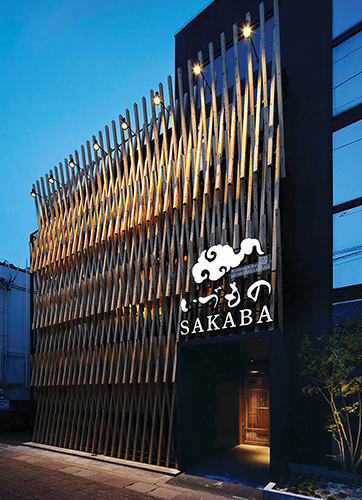 They saw following functions as the subject of manipulation in order to obtain an intelligent façade:

6. The rejection of heat (e.g. overhangs)

8. The generation of electricity (e.g. photovoltaics)

These are classified into following types:

a. Perforated façades
Perforated walls, panels and screens have been used for centuries as a way to control the level of light entering a building or to offer privacy to the occupants. Though the functions of perforations have remained largely the same, but the materials and methods of manufacture have altered considerably with time.

b. Elemental façades
In order to obtain solar control, infrared-reflecting coatings are applied to the glazing. The idea keeps temperature as well as glare under control.

The term double skin façade refers to an arrangement with an envelope structured upfront an actual building façade. Often, solar control devices are placed in the cavity between these two skins, which protects them from the influences of weather and air pollution. A further advantage of the double façade is the solar shading it affords in the summer. As the solar radiation is emitted into the intermediate cavity, a natural stack effect prevails which causes the heat to dissipate. Computer simulation and tests have shown that natural air circulation can remove up to 25 per cent of the heat resulting from solar radiation in the cavity.

As the temperature of the air increases it rises upwards. Natural ventilation of offices by fresh air is much more acceptable to the building users and it has the additional benefits of reducing investments in air handling systems and also reducing energy consumption. 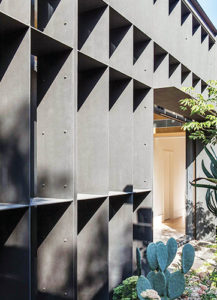 A double skin façade also reduces heat loses for the reduced speed of air-flow and the increase in temperature of the air in cavity lowers rate of heat transfer on the glass surface. This has the effect of maintaining higher surface temperatures on the inside of the glass, which in turn means that the space close to the window can be utilised to enhance thermal comfort conditions.

a. Box windows
The box window is probably the oldest form of a two layered façade. Box windows consist of a frame with inward-opening casements. The single glazed external skin consists of openings that allow the ingress of fresh air and the egress of vitiated air, thus serving to ventilate both the intermediate space and the internal rooms. The cavity between the two façade layers is divided horizontally along the constructional axes, or on a room-for-room basis.

Vertically the divisions occur either between stories or between individual window elements. Continuous divisions help to avoid the transmission of sounds and smells from bay to bay and from room to room. Box type windows are commonly used in situations where there are high external noise levels and where special requirements are made in respect of the sound insulation between adjoining rooms. Each box window element requires its own air intake and extracts openings, which have to be considered when designing the outer façade.

In this way, the façade flaps can be opened or closed depending on the desired pressure conditions (over-or under-pressure), wind direction and speed. This allows specific pressure conditions to be set up in the building and the ventilation drive energy demand to be minimised. Façade corridors can transmit unwanted odours and sounds between rooms.

In this system, the intermediate space between the inner and outer layers is adjoined vertically and horizontally by a number of rooms. In extreme cases, the space may extend around the entire building without intermediate divisions. The ventilation of the intermediate space occurs via large openings near the ground floor and the roof. During the heating period, the façade space can be closed at the top and bottom to exploit the conservatory effect and optimise solar energy gains.

d. Building high controllable double skin façades
The building high controllable double skin façade is very similar multi-storey ventilated double façade. Indeed its cavity is not partitioned either horizontally or vertically and therefore forms one large volume. Metal floors are installed at the level of each storey in order to allow access to it, essentially for reason of cleaning and maintenance.

The difference between this type of façade and the building high double skin façade lies in the fact that outdoor façade is composed exclusively of pivoting louvers rather than a traditional monolithic façade equipped (or not) with openings. This outside façade is not airtight even when the louvers have all been put in closed position, which justifies its separate classification.

This type of façade is a combination of single and double skinned façades.

a. Baffle panel
A baffle panel is an additional panel that is fixed a short distance in front of a window in a perforated or an elemental façade. It is means of minimising the disadvantages of single skinned façade with respect to sound insulation and ventilation. Baffle panels also provide protection to solar screening. They are simple to incorporate and offer reliable protection against weather and intruders during night cooling. Baffle panels restrict the user’s view out only to a limited extent. The effective cross-section for ventilation may be considerably reduced if the gap between the baffle panel and the façade is too small.

Fossil fuels have reached its yield point and energy conservation has become a prime criterion towards sustenance of humanity. Of all the energy consumers, building technology seems to be the one standing the foremost in que and indeed its envelope becomes the catalyst. We must look towards intelligent façade as a key towards growth.

An architecture graduate with flair for literature and journalism, Aabhas has overseen large scale architectural projects. He has two published novels & five research papers to his name. He also has a credit of editing a few articles in The Master Architect Series (published by Images Publishing). Prior to Synergy, his works include a remarkable urban design project ‘Namami Gange’ under the Government of India’s ‘Clean Ganga’ initiative. Building Physics with Urban Design at BIM platform are his major strength. 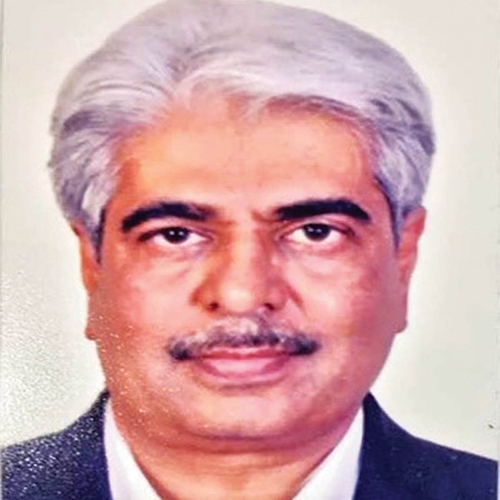 An architect with masters degree in Urban Design, Jayant Vaitha has over 30 years of experience in design and architecture of several large scale projects in India and abroad. As one of the Founder Directors of Synergy, he heads the design practice of Synergy and has been instrumental in large scale design projects of Synergy in India, Middle East and Africa. Prior to Synergy, his has done landmark projects such as Burj-Al-Arab in Dubai and Churchill Place in Canary Warf in London.