Green facades are passive techniques and provide benefits in reducing the energy requirements of the building, but also enhance the aesthetic appearance of the building and any other structure. In the past decade, people are slowly beginning to realize the benefits of green architecture which is considered a new perspective for the urban heat island problem. Thus, these green solutions in buildings become an essential element and a rescue for regaining balance in the urban environment.

The Genesis of Green Walls-

The tradition of creating green roofs derives from the way past times of antiquity, one such example of the use of greenery in architecture is the so-called Hanging Gardens of Babylon. While moving to modern times, the idea to create a living green wall was first spread by Stanley Hart White in 1938, he developed a patent of a structure that enables plants to grow vertically. His idea was later popularized by French botanist Patrick Blanc who is known as the godfather of a green wall structure and hydroponic system in the ‘80s.

The term green walls fall into two main categories- green facades and living walls.  The former ones are elements of the structure adorned with climbing plants that are rooted in the ground.  Green facade can only be installed on building exteriors using all kinds of nets, fences, and metal tube structures that support the vertical growth of plants and prevent structural damage.

Living walls (also referred to as a bio-wall, eco wall, or vertical garden), on the other hand, are more technologically complex.  It is more permanent and is composed of modular panels and special irrigation structures. Living walls can be further categorized into three support systems (panel/modular systems, tray systems, and freestanding walls) and according to the type of growth medium (loose media, mat media, and structural media).

In addition, living wall systems provide benefits that enhance the sustainability of a building and the well-being of its occupants or users.

In dense urban structures, green walls can be an answer to the lack of garden spaces as it helps in reducing the urban heat island effect: this effect is caused by the replacement of green areas with hard surfaces, which lead to the conversion of sunlight to heat. Proper design and construction of green facade promote the cooling process in buildings, retain rainwater, filter the air and remove pollution, and save on cooling costs.

An additional advantage of green walls is their positive influence on the climate by regulating air humidity and lowering the temperature.

Green facades elevate the exteriors of the building, inspire change, and bring architecture to life. Green roofs are often considered a valuable solution for resolving the issue of the lack of green space in urbanized areas. Furthermore, green roofs increase the fire resistance of the roof, reduce noise, and gain new functions, e.g., as recreational spaces.

The drawback of a vertical garden is that it is expensive, requires more maintenance and a care system, but still, an increasing number of designers and building owners are opting as a future investment.

Today, the green facade industry continues to evolve; there are a significant number of projects that have thrived for more than a decade as they solved problems of the energy crisis, climate change, and build sustainable cities. Thus, these wonders of horticulture have the power to transform even a bland, ordinary space into an amazing welcoming vertical garden, giving new meaning to the green architecture. 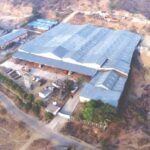 With over 23 years of rich heritage, Inno... 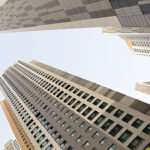 Net-Zero and Sustainability Climate change i... 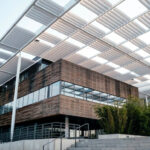 A building façade is an elegant component an... 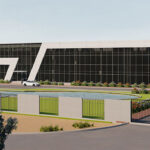 Façade NXT – an Initiative for the Sustainable Future

Creating a sustainable future for our future ... 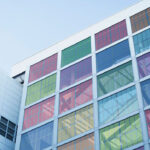 With rapid urbanization in developing countri... 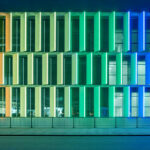 What is Facade Lighting? Know about Types and Importance of

Facade lighting is a key aspect of architectu... 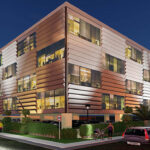 Please send your queries to support@wfmmedia.com