Lightweight aluminium curtain walling have become the façade of choice across the globe, however, they can present specifiers with a host of internal sound transmission issues that need to be addressed to ensure the well-being, happiness and productivity of building occupants. With the extensive use of specialist criteria, complex jargon and the many ways of referring to the humble ‘decibel’ – Rw, Dnf,w, DnT,w, Dnc,w – to name but a few, the world of acoustics can be confusing to those who are not involved in the subject. This can lead to misunderstandings, or worse, the misapplication of materials needed to achieve good acoustic standards or to solve sound transmission issues.

When considering the vertical transmission of airborne sound energy (floor-to-floor), the applicable criteria (regulatory or otherwise), will usually be in ‘dB’ in one of the following forms:

Rw – A Laboratory Tested Value For A Component (Figure 1)

An Rw value is a laboratory test value for a component or construction, such as a concrete floor slab, partition, window, door etc. The laboratory comprises of two fully isolated chambers, defined as the source room and receiving room, with an aperture between these 2 rooms. The sample material or construction is fitted into the aperture and the test is carried out. The acoustic performance between these chambers is very high, at least 10dB at all frequencies higher than the test specimen and therefore any sound energy that passes from one chamber to the other is considered to have travelled through the test specimen (Direct Sound Transmission).

Dnf,w – A Laboratory Tested Value For A System (Figure 2)

A Dnf,w value is a laboratory test value for a system, such as a curtain wall system, raised access floor or suspended ceiling system. As with the laboratory configuration for the aperture testing, it comprises of two fully isolated chambers, but the apertures are adjacent to each other, rather than opposing. The sample construction is fitted across both apertures and the test is carried out. The acoustic performance between these chambers is very high, at least 10dB at all frequencies higher than the test specimen and therefore any sound energy that passes from one chamber to the other is considered to have travelled through the test specimen (Direct Sound Transmission).

It is essential to understand the important and significant differences between these to validate or otherwise prove potential compliance. In general, site measured values cannot match those recorded in a sound laboratory. The difference will vary depending on the method of test and actual performance levels, but as a guideline, 5-10dB minimum practical difference is commonly quoted.

a) the glazing element,

c) the structural element of the mullion,

d) the hollow of the mullion

Several factors directly affect the overall performance, including the span between the mullions and transom, the stiffness, number of façade brackets, type of glass, glass orientation, twin or single mullion or transom designs and importantly the use of façade acoustic enhancement products.

This transmission path occurs when sound energy in the source room hits the glass and becomes structure-borne by inducing vibrations in the glass. These vibrations travel into the gasket of the transom, into the transom itself, and then back into the spandrel panel via the second gasket. They then travel into the next transom (based on a twin transom design) and into the glass area which is remote from the source, finally re-radiating into the adjacent room.

Transoms: This transmission path occurs when sound energy in the source room hits the transom, travels through the frame into the spandrel zone, past the floor slab. It then travels through the next transom (based on a twin transom design) into the adjacent room above or below. Single transom designs are generally significantly lower performing than twin transom designs. Use of high mass materials in-between the transoms, which can be incorporated into the fire seal specification, or use of specialist acoustic inserts inside the transoms can be particularly effective in reducing sound transmission via this path.

The Structural Element of the Mullion:

This transmission path occurs when sound energy in the source room hits the mullion and becomes structure borne by inducing vibrations in the aluminium. These vibrations travel easily up or down the façade and then re-radiates into the adjacent rooms.

Test data suggests that this causes the most issues in the 500Hz – 1000Hz range of frequencies, which is also where the human ear is most sensitive. Continuous mullions past the floor slab are one of the main potential ‘Performance Limiting Factors’ in façade design. The splitting and then re-joining of mullions with a joining spigot at the floor line show a large increase in potential overall performance, while fully decoupled mullions/framing at floor line show further improvement.

The Hollow of the Mullion:

This transmission path occurs when sound energy in the source room hits the mullion, passes through into the hollow of the mullion, a highly reverberant area, then travels up or down the building and breaking back out again into adjacent rooms above or below. Use of specialist acoustic baffles, either thin baffles based on high mass materials or purely absorption with a greater depth can be particularly effective reducing sound transmission via this path.

• Baffles in the mullion at the floor line

The Movement Zone: The movement cavity is a potential weak point when considering floor to floor performance and is often not included when façade testing is carried out in laboratories. Quite rightly, system manufacturers are there to test their system and not a proprietary fire stop, but when designing buildings these cavities are included and therefore It is important to recognize the potential for this to reduce the overall Dnf,w performance of the façade.

The overall performance is a combination of all these path elements and can only be established by full façade testing in an accredited laboratory, which can be time-consuming and very expensive. A project noise consultant can look at specific project details at the slab edge, compare the design with known library data and assess the possible overall performance.

However, this would not necessarily offer any guarantee of compliance. When assessing any design, it is important to understand that the overall performance would be wholly controlled by the weakest path element, referred to as the ‘Performance Limiting Factor’ and therefore any design change or acoustic enhancement should only be considered if all other path elements are capable of meeting the same value or being upgraded to meet the value.

For example, if a continuous mullion (Path ‘C’ above) is only able to achieve a maximum of 48dB Dnf,w then there is little point in improving the performance of ‘Path B’ to 55dB as, overall, it would still only be 48dB due to ‘Path C’ being the ‘Performance Limiting Factor’. Therefore, unless an improvement can be made additionally to Path B, for example, by splitting the mullion, there would be no benefit in upgrading any other path elements to above 48dB.

Test data from various system manufacturers can help in understanding likely performance limiting factors. The values given below are based on library data and are for guidance. However, project-specific details should always be assessed individually and designs approved by the project noise consultant based on actual laboratory data or assessment by an acoustic engineer. Single transom, continuous mullion values range from 35dB Dnf,w (un-treated) to 46dB Dnf,w (with acoustic enhancements).

Single Mullion configuration, untreated/empty, treated/acoustically enhanced, values range from 44dB Dnf,w (un-treated) to 53dB Dnf,w (with acoustic enhancements). This type of enhanced detail is possibly acceptable for residential developments, but if empty it is unlikely to be acceptable for commercial or residential

SIDERISE MI6 mullion/transom inserts in a twin transom design can increase the potential performance when high mass floors and ceiling abut the transoms, without the need to enhance the slab edge fire seal.

Use of the SIDERISE MI6 mullion/transom inserts in a single transom design can increase the potential performance from circa 35dB Dnf,w to the maximum possible, 46-50dB Dnfw depending on the precise detail.

Mullions (Central To The Room)

Site test data suggests the use of the SIDERISE MI5 foam baffle in mullions central to the room can increase the site measured values by a potential of 2 – 4dB overall.

The installation of the SIDERISE MI6 mullion/ transom inserts in a single mullion design can increase the potential performance from circa 44dB Dnfw to the maximum possible, 51-53dB Dnfw depending on the precise detail. The detailed product between the partition and the mullion is the SIDERISE FIP panel, with a performance of 46dB Rw and up to 1-hour rating.

There are many the seal products available claiming compliance to common the standards. However, other equally important characteristics and properties of the seal should be considered when selecting the product: sound transmission performance, ability to expand and contract with the façade’s cyclic movement, a proven the performance (both integrity and insulation) when abutting deforming structures, provision of an effective smoke seal, resistance to moisture/water and ability to provide a flexible closure limiting possible flanking transmission.

In a world where we are experiencing increasing noise levels, occupant complaints and dissatisfied clients, the acoustics in the built environment has become a concern to society and a challenge to designers.

It is all too common when considering the specification of the seal between the slab edge and the façade, for product selection to be based exclusively in terms of compliance to the relevant the regulations.

For façade engineers, architects and their clients, it is essential that due consideration is given to both the acoustic implications and performance of the closure arrangement, ensuring any potential weak point in curtain walled buildings is controlled. The use of performance-enhancing products will mitigate these issues. 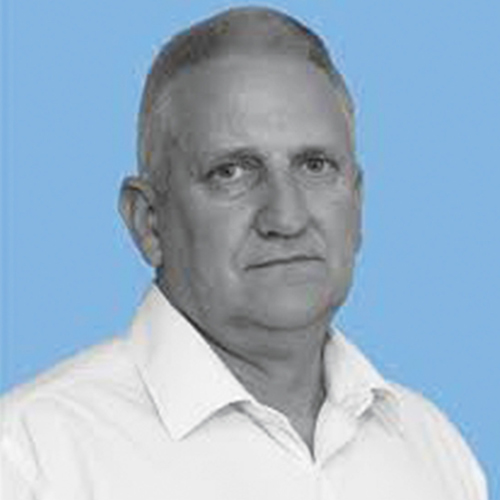 Mike Carrick is the SIDERISE Group Head of Acoustics. He has worked for the SIDERISE Group for over 30 years. He is one of the three qualified acoustic engineers within the group and is a member of the Institute of Acoustics. He works closely with noise consultants and architects at the design stage to ensure that robust compliant solutions are developed to meet the project criteria and particularly enjoys complex acoustic challenges. During his time with SIDERISE, he helped to develop innovative acoustic solutions which have been used on some of the most prestigious projects in both the UK and overseas including 2012 Olympic Athletes Village, The Warner Brothers Studios, and One Hyde Park.