Imagine you perceive an elated experience from your workspace window with an immediate response to the Circadian Rhythm, amid your knottiest clock suddenly experiencing a swift rejuvenation in your thought process. Surprisingly Yes, it is by the façade which acts you as cutting edge into the world to enjoy the environment created by nature around us or the microclimate created on-site by us.

SO HOW DO WE EMPHASIZE THE FAÇADE MORE EFFICIENTLY?

Though the performance of the façade not only relies on the orientation of the building, according to the cosmos of the climatic zone but also on the selection of building materials of the envelope. So, designing the façade with higher Visual Light Transmittance (VLT) is advantageous. VLT levels increase from the ground and get reduced gradually towards the elevated levels.

Deliberate attention needs to be taken care of while designing the envelope of the Building. Sometimes increasing the VLT may also increase Solar Heat Gain Coefficient (SHGC). Façade having the reduced SHGC and higher VLT can bring us beneficial results in terms of both Visual and Thermal Comfort which in turn affects productivity, running cost & energy usage. In terms of Optimising Energy if SHGC is selected with a considerably lesser value then the burden on the Cooling Loads will get reduced to a larger extent.

We have another term called Window Wall Ratio (WWR), i.e proportion of the fenestration on the façade surface. Fenestrations with a 40% WWR are optimum for a better design to be adopted. In LEED we get 2 points by daylighting 75% & 3 points for 90% of the regularly occupied spaces. 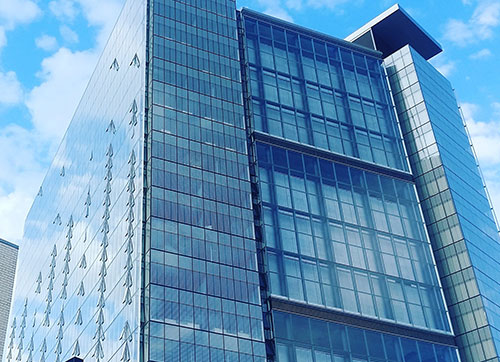 Case study: We were supposed to do the Sustainable analysis for a major renovation project and make the building more energy-efficient. Through our Building performance simulations, we found out that the project does not have proper shading for glazing resulting in much heat ingress and glare. We had introduced horizontal fins in strategic positions thereby solar insolation, the cooling load has been reduced and also the glare has been cut down.

During the Integrative process, Façade designing plays a major role in assisting the performance of the entire building by executing the preliminary studies on the implementation of the model to evaluate the performance of the proposed design when compared with contrasting façade typologies and scripts. The chance to have capable and corresponding effects during the distinct states of built-up of the design is righteous in executing the evidence-based selection during the determination of the process.

Building Integrated Photo Voltaic (BIPV) Panels serves a double purpose. It also acts as an outer layer for the building and similarly, it also yields electricity. Energy generated from BIPV can also be used on-site or can be exported to the grid. This technology is made up of silicon solar cells and also provides rescue in electricity and material cost. Incremental cost can be reduced when compared with normal BIPV systems as this eliminates the cost and also space issues for separate fixing systems.

BIPV allows natural daylighting and solar-based thermal systems to gain control of the heat to generate electricity. Façade for the installation can be chosen by carrying out the Insolation Analysis, i.e. solar radiation received in kWh/ m2/day for the project, which helps in the selection of the façade which receives the maximum heat gain. Climate and weather conditions will also be a major influencer in installing BIPV. In LEED we can achieve up to 3 points for adopting Renewable energy in the Project. 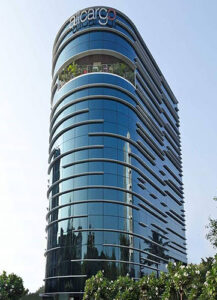 Recycled Glass can also be used in façade thereby contributing to the Triple Bottom Line thereby enhancing the closed-loop circular economy material and also with an Environmental Product Declaration (EPD, in LEED we can achieve 1 point.

Façade’s performance is efficiently measured not during its installation but only throughout its performance by regularly monitoring it. This is called Envelope Commissioning. It is a prime-based process for assessing the performance of adroitness of the envelope to check whether the project is meeting the fixed targets, standards, and necessities of the project.

In LEED we get 2 points by adding the building envelope in the commissioning activities in alignment with ASHRAE. Envelope Commissioning can be performed not only for New Construction but also for Existing Buildings it can be pursued. Regarding the initial design and documentation, the project can be evaluated with the existing performance of the building. Thermal scanning, Air and water intrusion testing are adopted in the process.

At Conserve Consultants, We have “Design Performance Modelling” Services to provide the abovementioned analysis & Connect with us to explore more towards the next step on Sustainability. 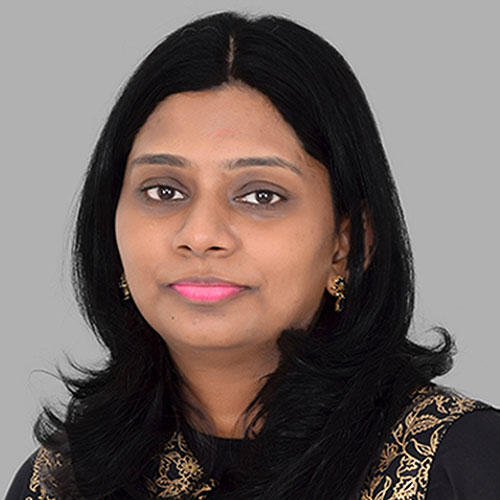 Ar.k.Saraswathi is the Principal Architect and Partner at Conserve Consultants with more than 11 years of experience in the field of Sustainable Design, Sustainability, and Green Certification for High-Performance Buildings. She is a practicing Architect who graduated from Hindustan College of Engineering. She is a WELL, GRIHA & GEM certified professional, and LEED Green Associate. Saraswathi has managed multiple projects from the design stage to the complete lifecycle of the development. She has successfully convinced many clients to implement cost-effective energy-saving measures and ensured sustainable designs are implemented during the construction stage of the project.